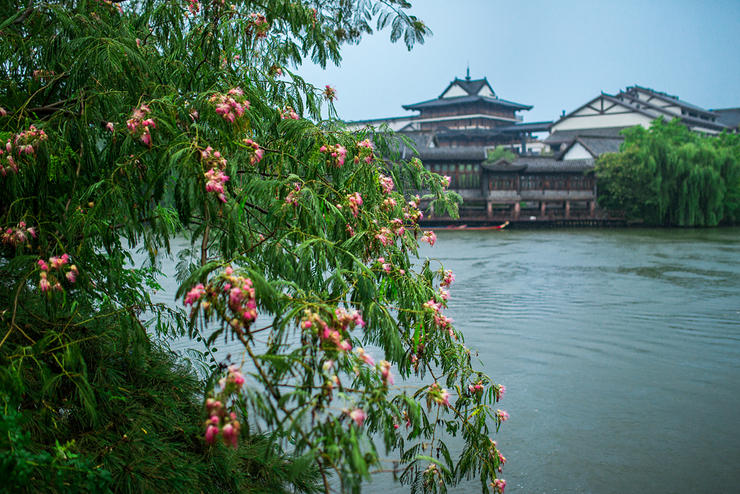 By In the photo of

The canal at the beginning of the Ming Dynasty headed north and south, requiring access to the Yellow River. However, since the Ming Dynasty, because of the Yellow River's distractions, the water transport was blocked. Several of the river ministers wrote to the court again and again. It was suggested that the Huang Canal should be excavated from Hanzhuang through Taierzhuang to Huai'an to avoid the Yellow River and ensure the smooth passage of the watercourse.
After the opening of the Beijing-Hangzhou Grand Canal diverting water from the Ji Yun project has gone through three periods, more than 40 years. Beijing-Hangzhou Grand Canal finally "to avoid the risk of the Yellow River," achieved smooth. After the rebuilt Tahe River has a total length of 260 km, Tahe River has also become the main waterway of the Grand Canal. After Wanli's thirty-ninth year (1611), all the ships on the north have already sailed through the Bahe River. 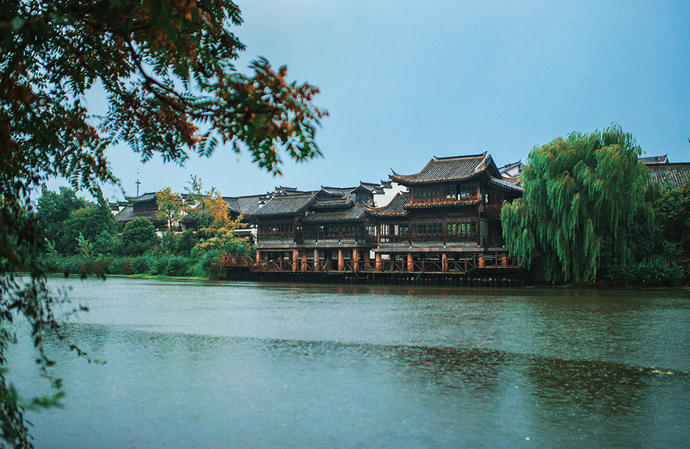 The water level of Taierzhuang Canal is 21 meters lower than the water level of Weishan Lake. Therefore, on the canals, eight steep gates of Taizhuang, Houqian, Tangzhuang, Dingmiao, Wannian, Zhangzhuang, Desheng and Hanzhuang were built east to west along the canal, commonly known as the "Gate River." Taizhuang Gate is located on Taierzhuang South Canal, which is the first lock to pass by Jiangsu to Shandong. The establishment of Taierzhuang, gathered a large number of people, logistics, business transactions for the opportunity to provide. 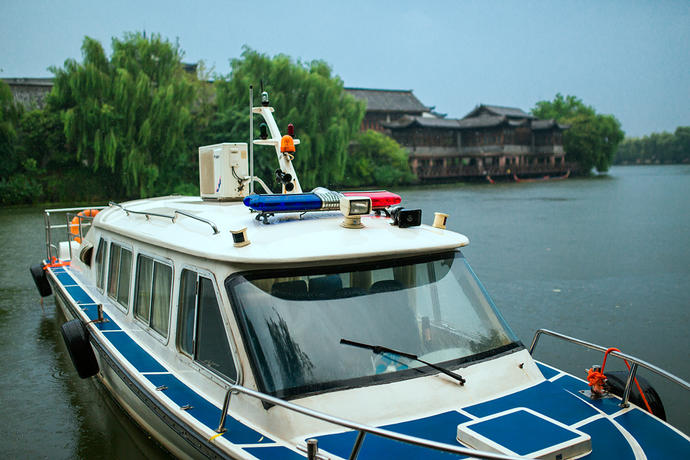 In 1958, Shandong Province carried out large-scale governance over the main canal of the Grand Canal. In this treatment, the south section of Taierzhuang Town was cut straight to open up a new river and was retained in the crescent-shaped part of the urban area, hence the name Moon River. River 3300 meters long, 50 to 90 meters wide, south shore for the soil revetment, a fiber trail site.
Forty-eight years of the North Shore of Qianlong (1783) autumn was changed to water stone revetment, 11 ancient pier. In 2014, China Grand Canal project was successfully selected into the "World Cultural Heritage List." 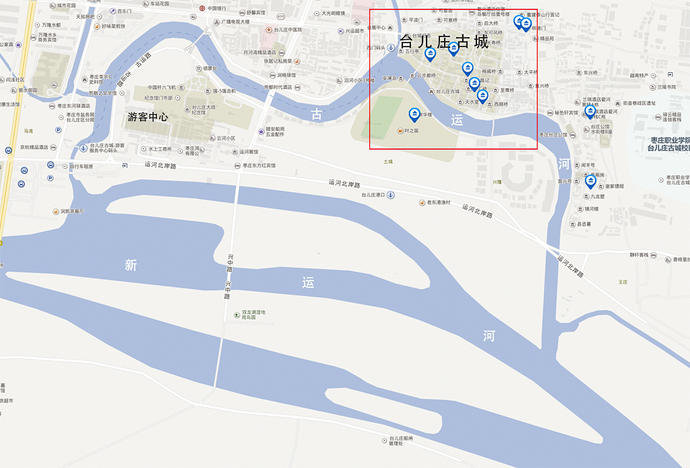 Thanks to the Grand Canal, Taierzhuang enjoyed great prosperity in the Ming and Qing dynasties. In Qing Dynasty, "Zhi County" records: "Taiwan (children) Zhuangchuancao, when the North and South Kong Kong Road, business extract, residents Rao to give, the town of large, The best in the world ", showing a prosperous scene of" merchants 迤 逦, a fishing boat fishing, singing ten years, night does not strike ". 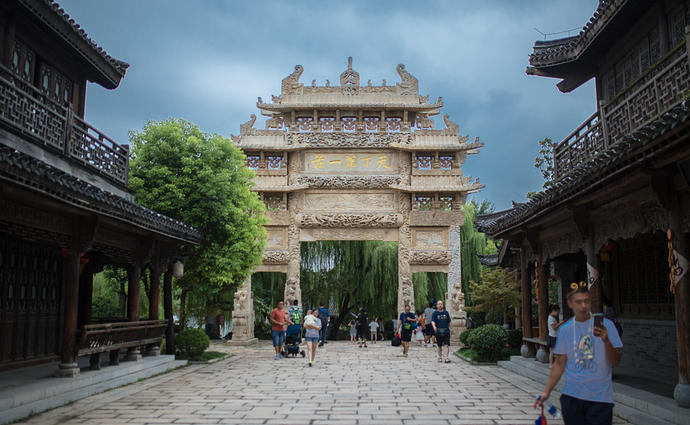 The origin of the world's first village

Ming and Qing dynasties of the emperors, often by the Beijing-Hangzhou Grand Canal tour of the south, have to board a cruise in Taierzhuang. Emperor Qianlong toured Taierzhuang, see the prosperous commerce, south to north, said Taierzhuang is "the best in the world." 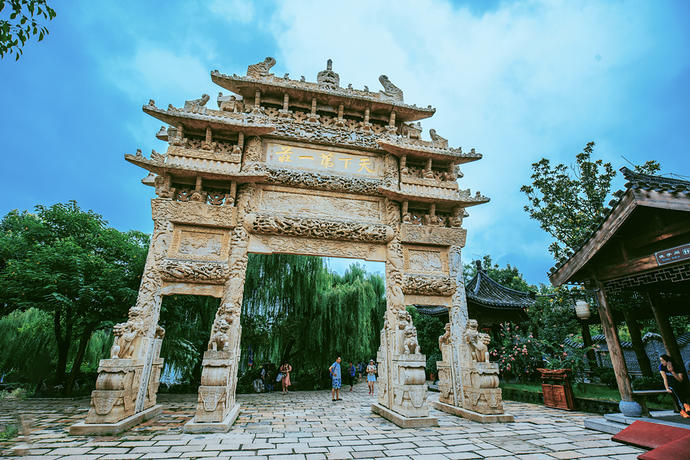 Every morning in Tianhou Temple, there will be a large-scale live performance of Qianlong tour of Taierzhuang, which shows the situation of landing and touring Taierzhuang when Qianlong's fourth Jiangnan visit. 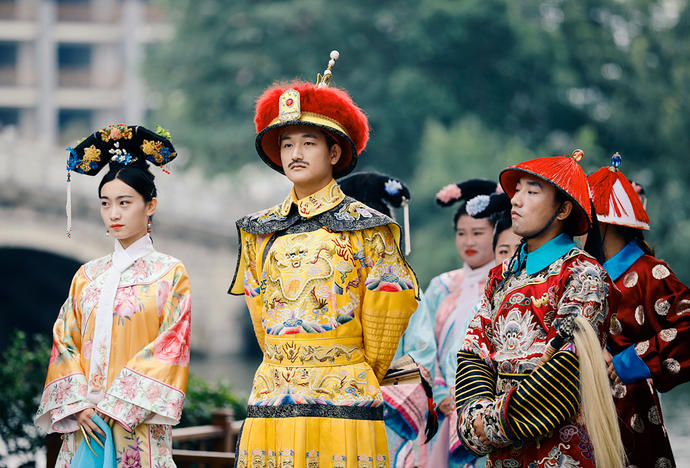 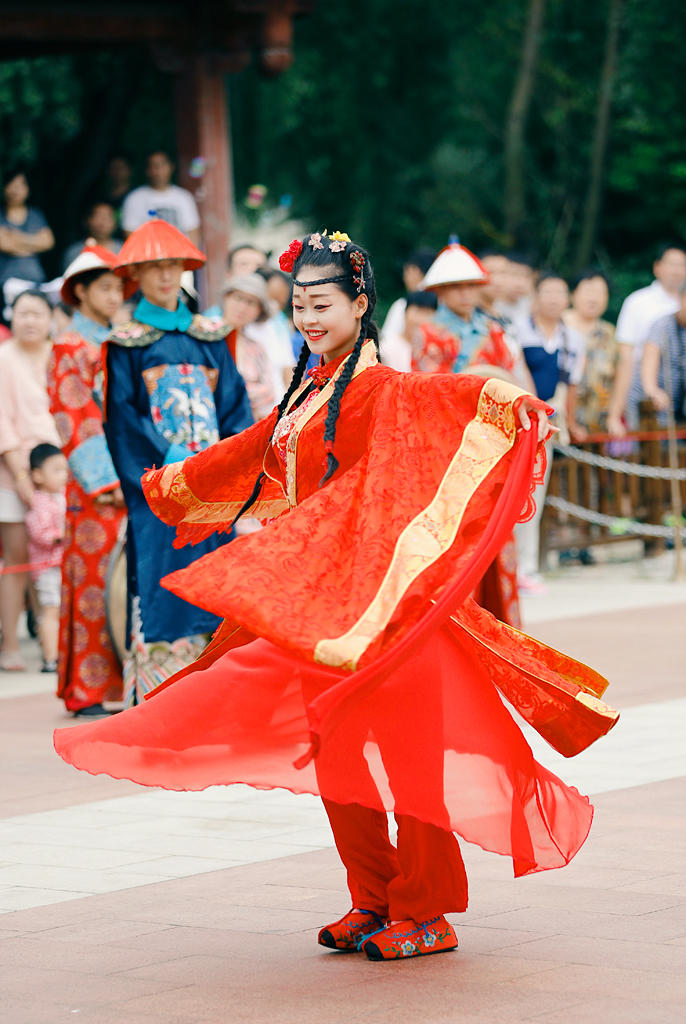 Also known as Wan Courtyard, as the name suggests, this is the ancestral home built by 10,000.
According to legend, 000 is relying on doctors and fathers, business people. Wanzhou was relocated from Shanxi to Taierzhuang during the reign of Emperor Kangxi in the Qing Dynasty. It was called "400,000" because of the fortune of merchant shipping and the heyday of more than 20 shops and 400,000 commissions of shops. Converted down together 180 million yuan. At that time, it was considered wealthy. 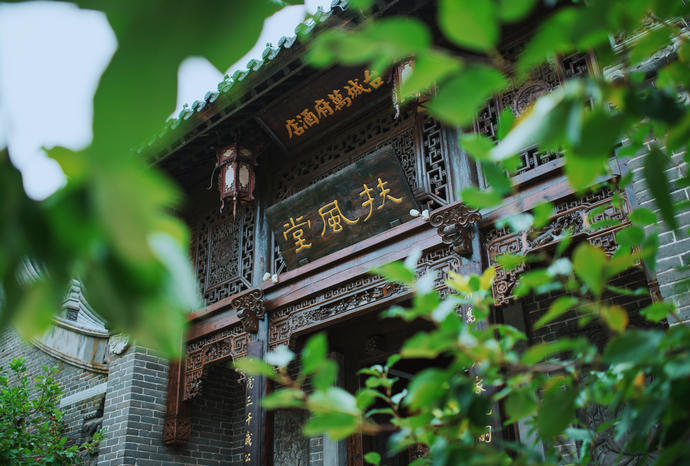 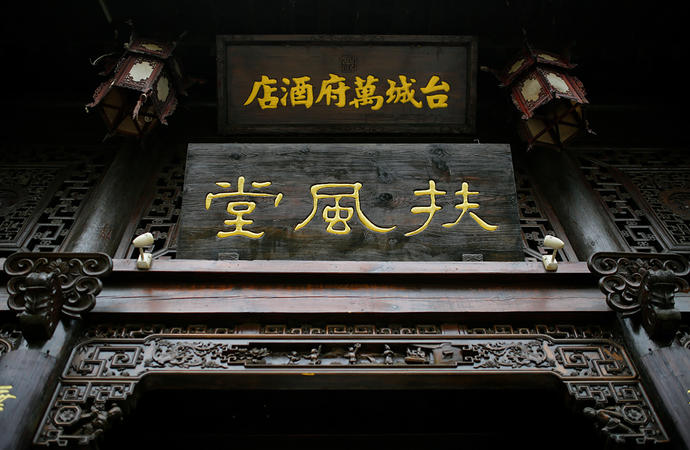 [Aspect - Architecture] The building, the courtyard for the basic structure, the use of brick green brick beam-column brick body style, tall buildings deep, wall thickness based wide, compact design, exquisite carving. A courtyard, courtyard, partial orthopedic homes, more than 60 houses, the degree of luxury for the most Taierzhuang. 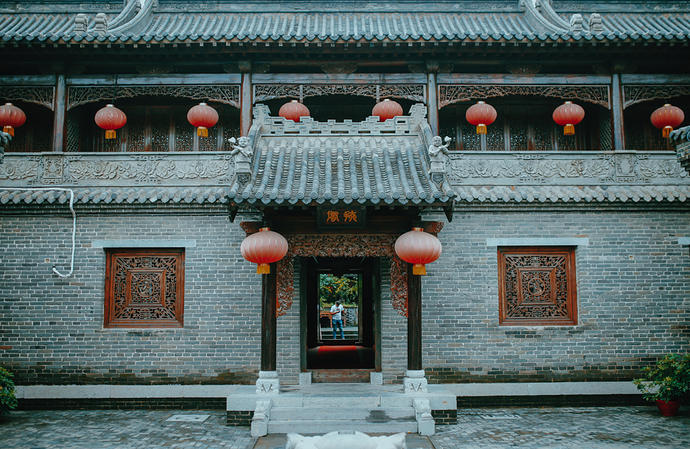 [Aspect - Ginkgo] Wan yard is the symbol of the yard that ginkgo tree, the original yard has two, and the cypress mosque, one of which was destroyed in the war. While the ginkgo trees are mostly said to be twins, the ginkgo tree survived the next seven years tenaciously and lonelily grew, with no result until the victory of the war in 1945, began the result, And the longer the more prosperous, covering the entire yard, presumably this is a spiritual ginkgo it. 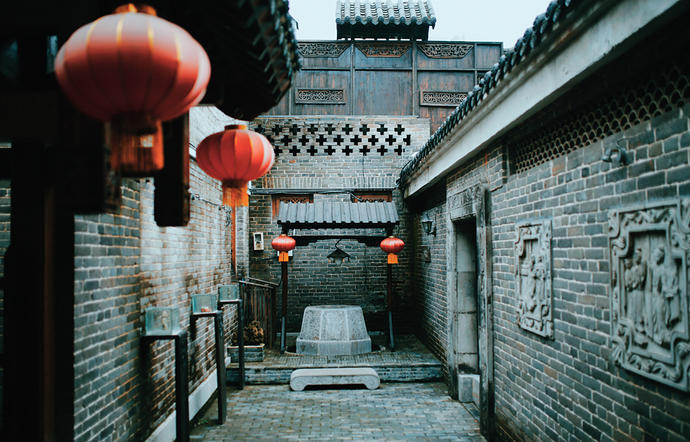 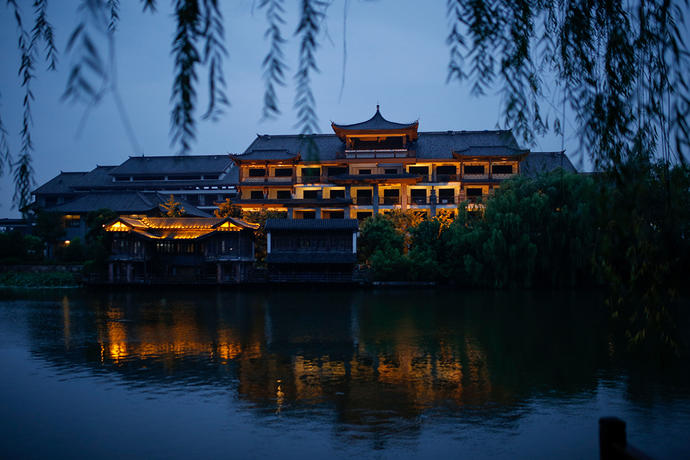 Taierzhuang culture is the original gene Chu culture. However, after the canal runs through, merchants from all walks of life have gathered here to settle in for business and bring in different cultures. In the end everyone mastered, forming a inclusive, colorful canal culture.

Religious faith is an important representative of culture. Taierzhuang combines Taoism, Buddhism, Islam, Catholicism and Christianity. Together with the local Chinese religions such as the Guandi Temple and the Matsu Temple, the small Taierzhuang has a total of 72 temples. 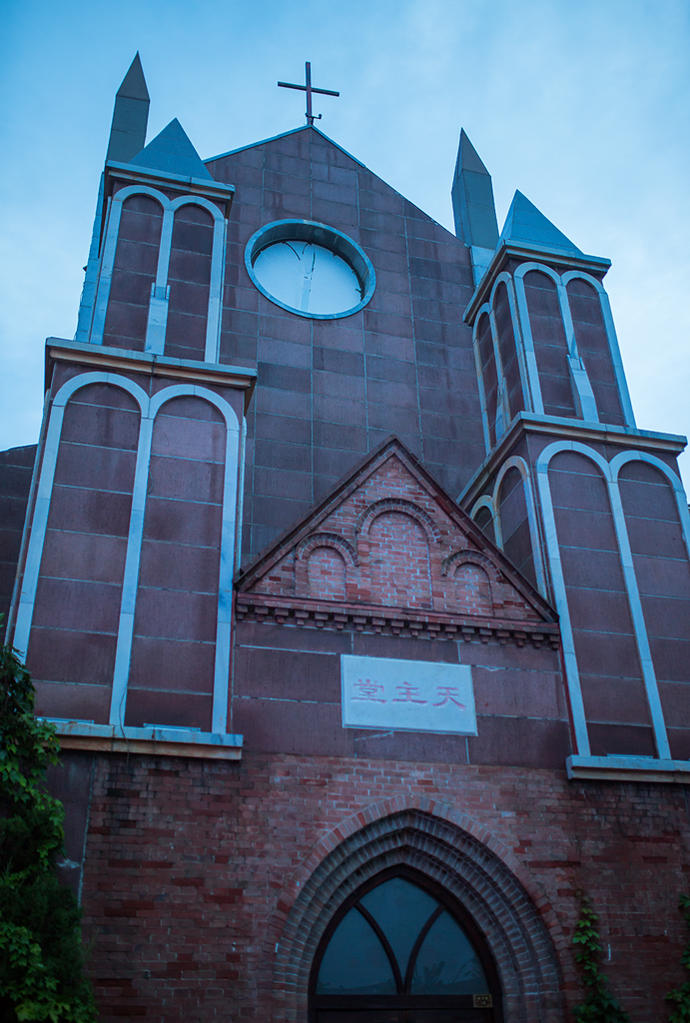 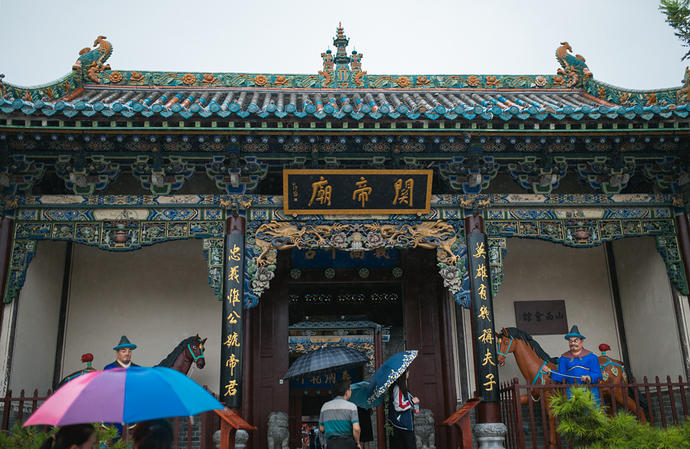 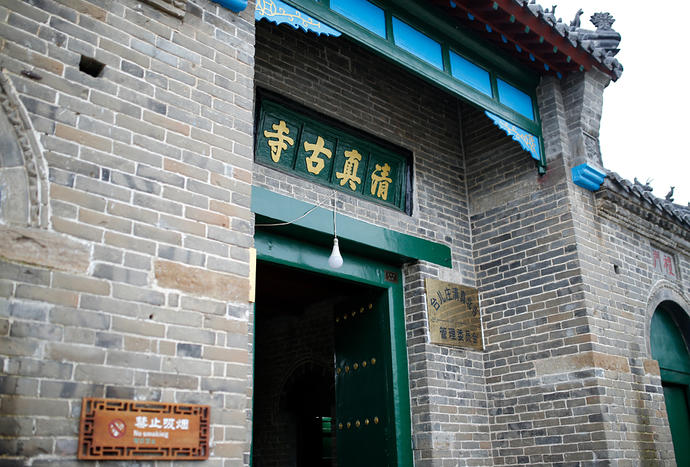 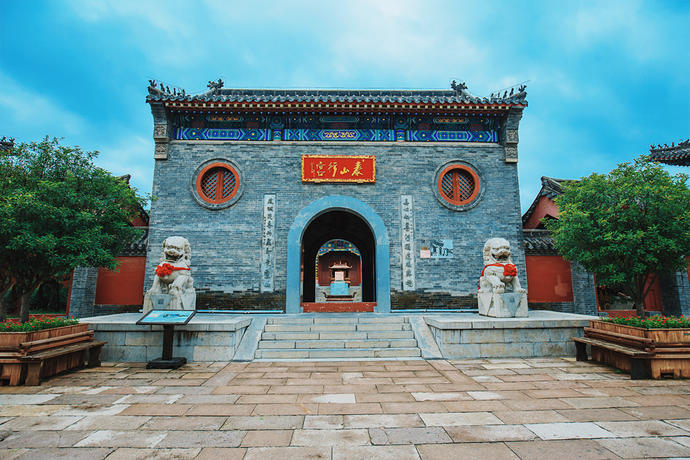 Tin Hau Temple Taierzhuang is worth a few words. Temple of Heaven is the Temple of Heaven, is a unique belief in Fujian, Taiwan. Taierzhuang is the first cross-Strait exchange base approved by the Taiwan Affairs Office of the Taiwan Strait. With this support, a series of exchange activities have been launched across the Taiwan Strait. There are now two Mazu in the Avalokiteshvara donating like friends from Taiwan. In addition, KMT leaders Lien Chan and Wu Po-hsiung also visited Taj-zhuang and left an inscription. 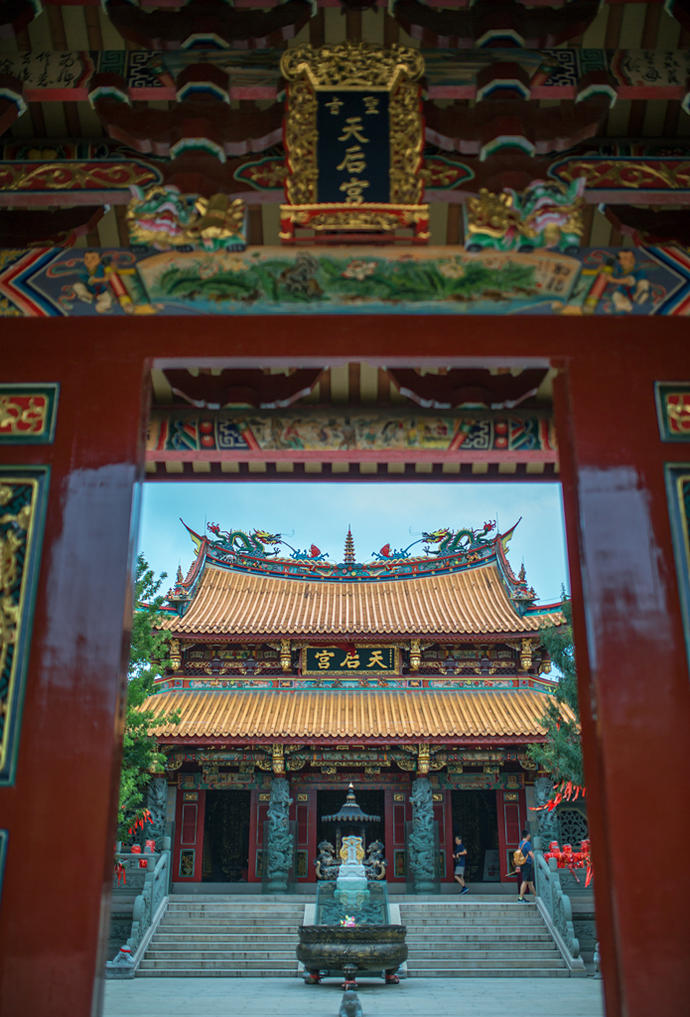 In addition to the Qianlong Parade, there is a lion dance performance every day in the square of Thean Hou Temple. It looks like it should belong to the South Lion, which is also from the South's culture, represented by the lion dance in Guangzhou.
Lion dance actors are also from the South, very professional, very much worth a visit. 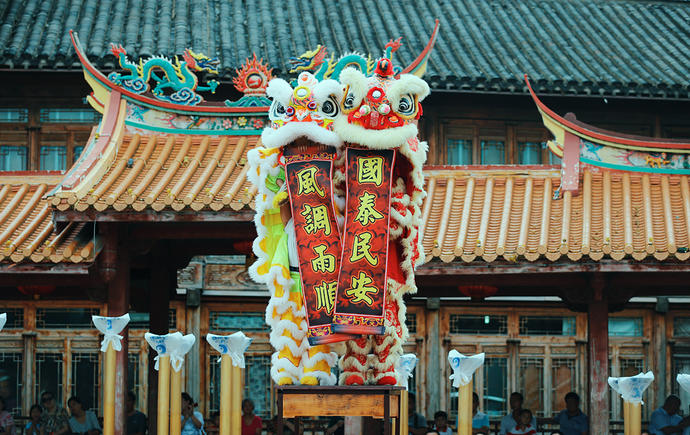 [Location & Modeling] Boat Street next to the Temple of Heaven, a total length of 110 meters, 60 meters wide in the middle, surrounded by water, sailing like a sailing ship, meaning "river boat, smooth sailing."
Not only is the boat shaped like a giant ship in its entirety, but many small boats are also shaped and painted inside and out. The middle of the boat, is the Dragon Boat Emperor Qianlong appearance. The bow of the stone is the town of beasts, to ensure that the waves of the river is not Xing, sailing safely.
[Intangible Cultural Heritage Exhibition] In addition to its own shape, this is not a long section of the shopping street or a non-material cultural heritage exhibition block, Dongyang woodcarving, Weifang kite, Luzhou oil paper umbrella, Shandong plastic and so on There is a show here.
There is also a post-show booth for performances, and the Liuqin Opera now being performed is a local local opera. 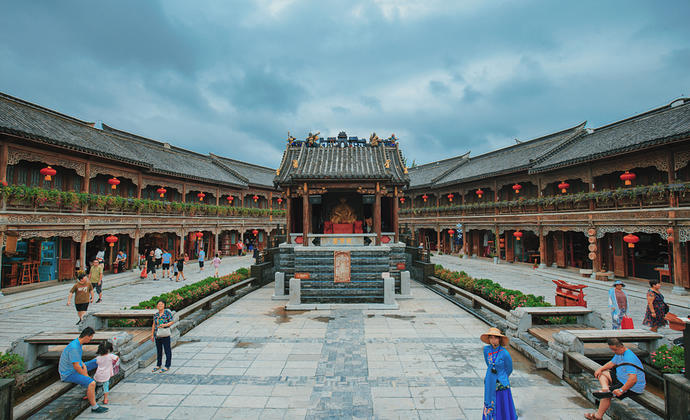 In addition to its own shape, this is not a long section of the commercial street or a non-material cultural heritage exhibition block, Dongyang woodcarving, Weifang kite, Luzhou oil paper umbrella, Shandong, such as plastic products are on display here.
There is also a post-show booth for performances, and the Liuqin Opera now being performed is a local local opera. 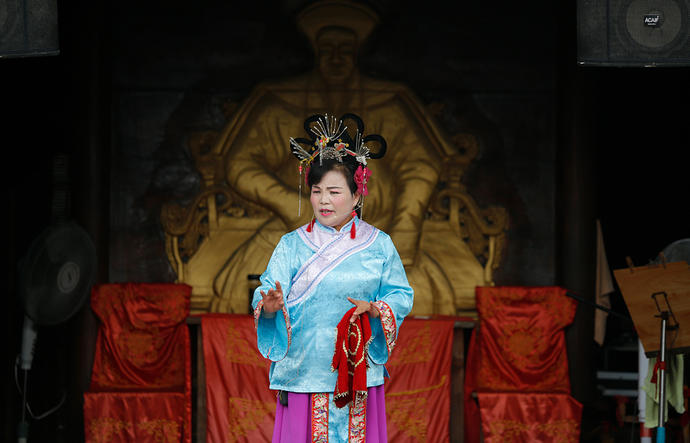 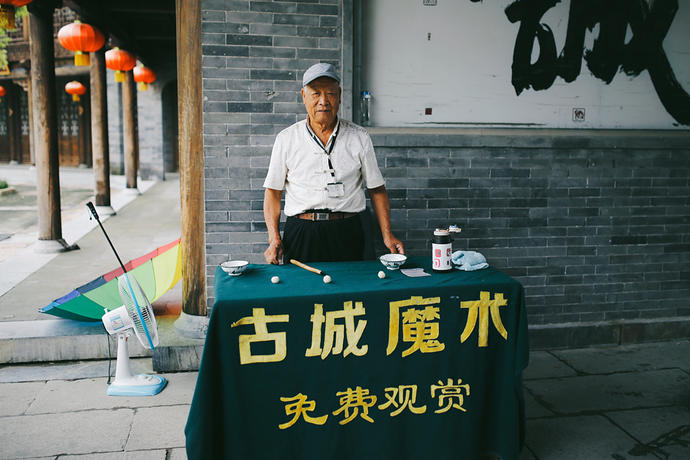 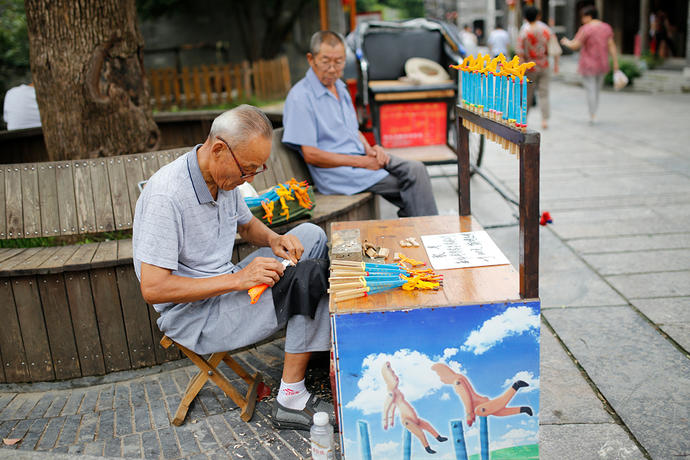 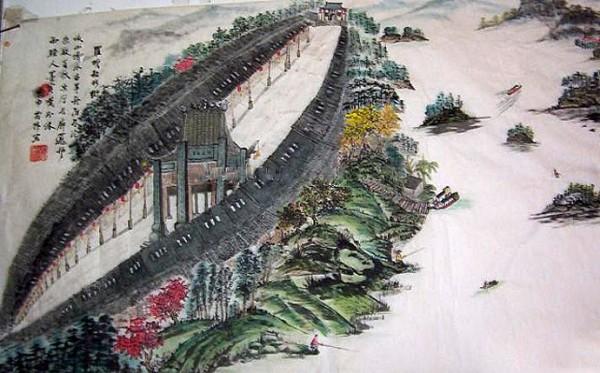 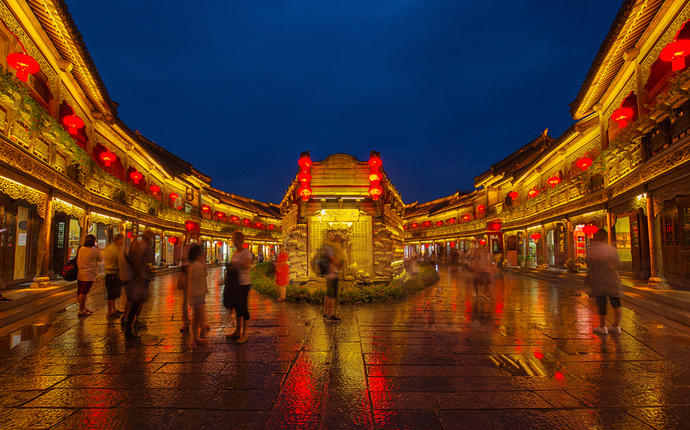 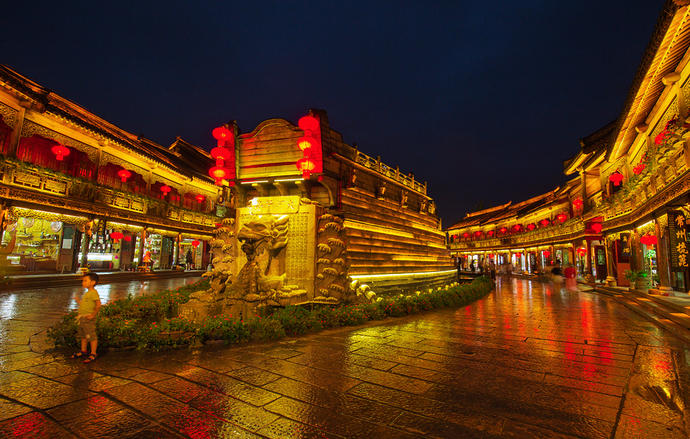 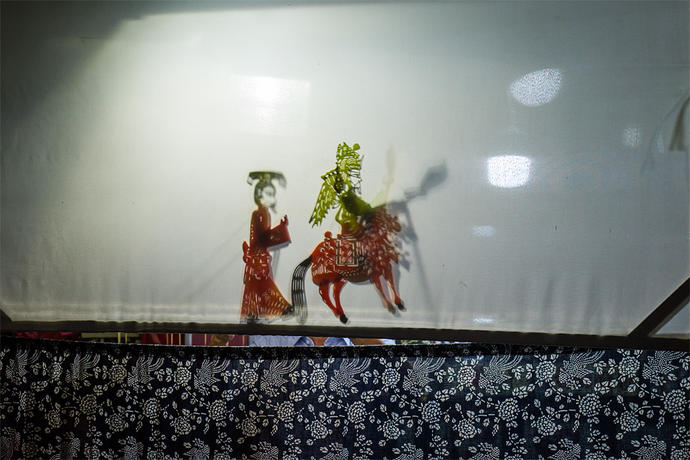 Every night, there will be a shadow theater on the street of Yamen, which will always attract a large crowd of people. Although Baba Ya Ya melody simply did not understand, but it always evoke childhood memories. 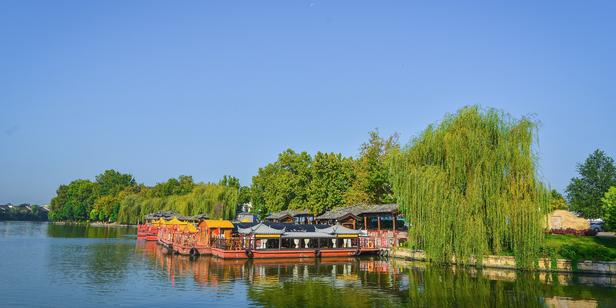