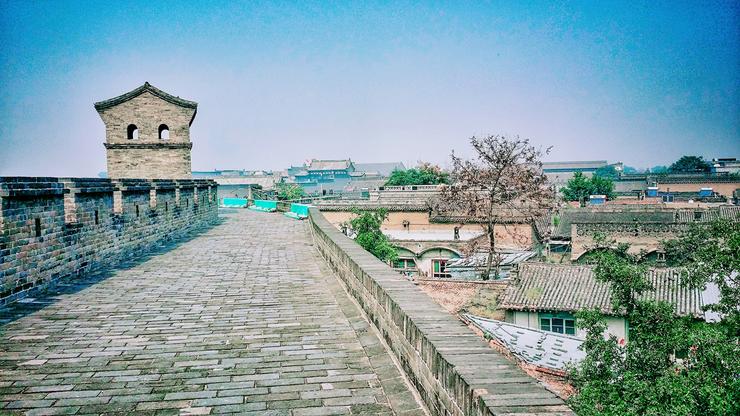 Vaguely, past and present as if Just in front of flowing, 2700's time fleeting, inheritance, is Jinzhong soil and water to cultivate the national ancient rhyme.

"Book of Rites" said: "Lin, phoenix, turtle, dragon, that the four spirits", because the other three are too angry, Pingyao chose to build the city into a tortoise appearance, "Turtle City" implies a golden soup, long-term peace and stability .

Tortoise head south, tail north, limbs to the east and west sides, respectively, with the city gate on behalf of the six gates, according to China's ancient urban system of "landscapes, turtle front of the water, the city of Yau built, thus winning The saying goes, the South Gate is the head of the turtle, but also the main entrance of the ancient city, there is the meaning of the southerly and Kaoru wind, called "welcome smoked door."

I started curiously. This old city is not just south of the south but rather to the east of 15 degrees. Later I heard that it was a good idea for geomancy. Second, such a building would be better for daylighting.

Facts have proved that the ancient wonderful design does bring good luck to Pingyao, like a turtle longevity in general, from the Western Zhou Dynasty Shi Jian, retained so far has more than 2700 years of history, shows a vivid and unique humanities, social, economic and trade And a complete picture of religious development.

The city wall around the ancient city a week, a total of 6163 meters long. When walking on the city walls for hundreds of years, they can see the daily life scenes of the inhabitants of the ancient city, the housewives with clothes drying, the curl of smoke rising from the roof, the vicissitudes of history and the livelihood of the people. 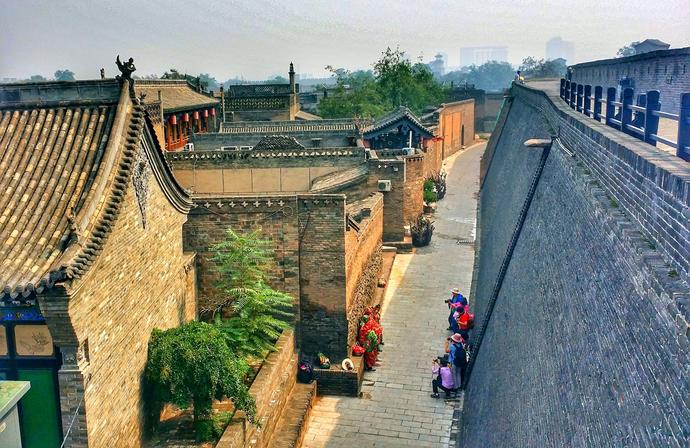 triple eaves wooden framed pavilion called [City Tower], compact structure, magnificent. Towering high above the city center, across South Street. According to legend, there is no building in ancient times, only a well, with water, and gradually have people around, then there is the entire city. Because this year the city only this mouth well, all people have to push their own water truck to line up, we can imagine this team to be discharged a long, so long, so people use the water time to exchange things, start A small "sale", one by one to go around the water wells around the streets became a commercial street, the city also because of "well water color such as gold," also known as "Jinjing House." 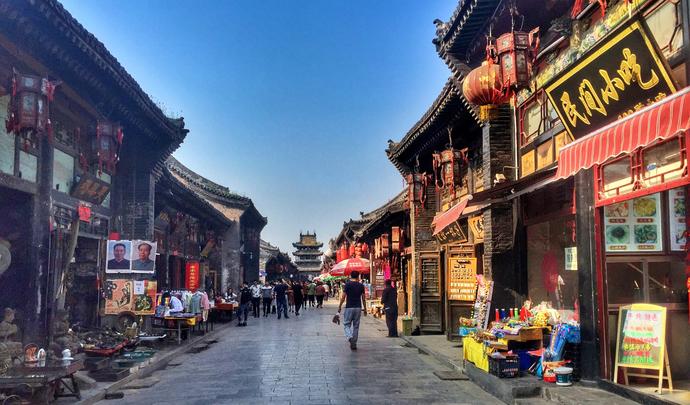 Listen to the rain floor

Go to [listen to the rain floor] to the ancient county Yamen, which was Pingyao seven goods county office trial of civil case, [County Yamen] was first built in yuan to positive six years (1346), there are already more than 600 Years of history. 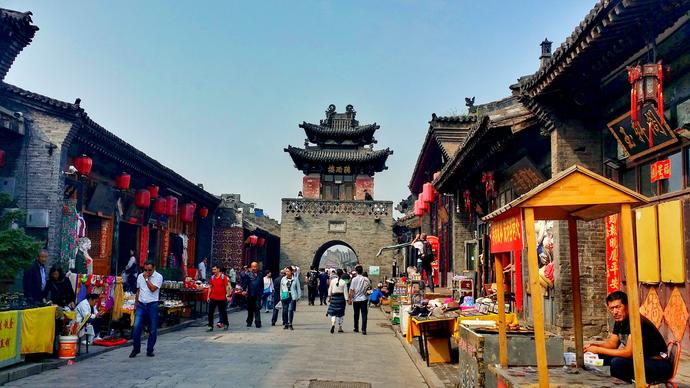 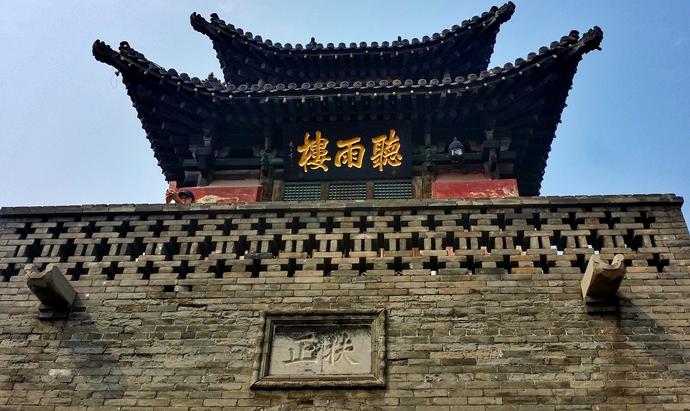 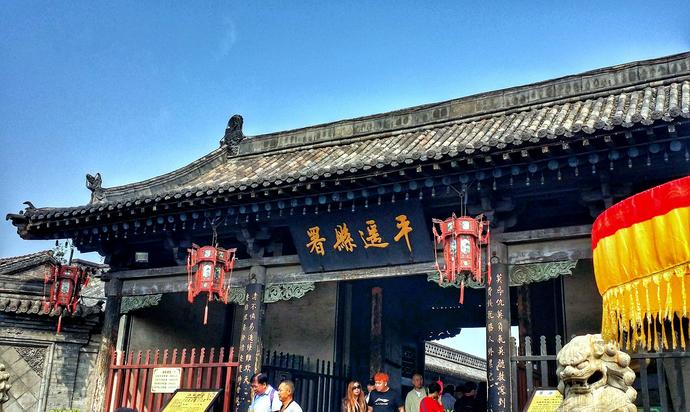 This is the first time I entered the county government, previously only seen in the TV series, did not expect the county yamen mouth guilty of the drums so small, did not expect the size of the seven sesame officials Yamen actually so large, the lobby, the second house, the house , Flower hall, Chang Pingcang, Chan Hau Temple, land temple, prison, public housing, ten Temple, Hongshan station, inspectors Office Hall and other facilities of the living room.

If the lobby is sentenced to criminal cases, that is the second case off the civil case, the whole style is more easygoing and friendly, co-wrote "is destined to get here with the people," "a lifetime worthy of Siming people."

Fortunate enough to see the Church rose to the throne, or the public prosecution of the big case, saw the classic two or three sentences will be cleared of the case, did not move the board, the suspect pleaded guilty volts, eating melon masses around have clap their hands.

This is the ancient plaintiff, the defendant pleaded kneel pit 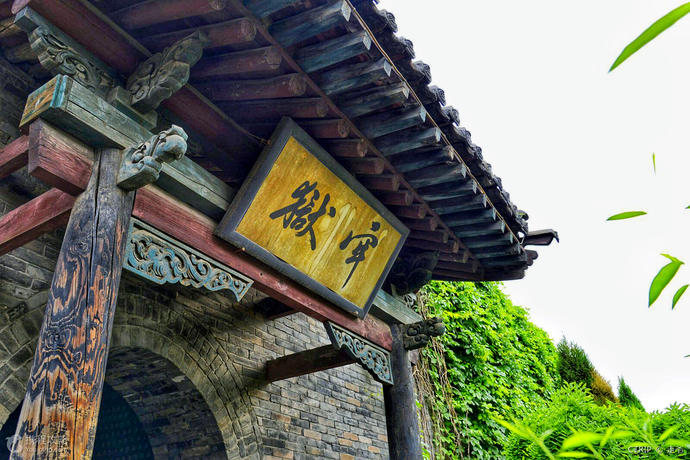 Prison always gives uncomfortable feeling, the wall a big "prison" word, about two vicious dogs trapped in the middle, from the words and deeds to receive constraints, can not speak freely. 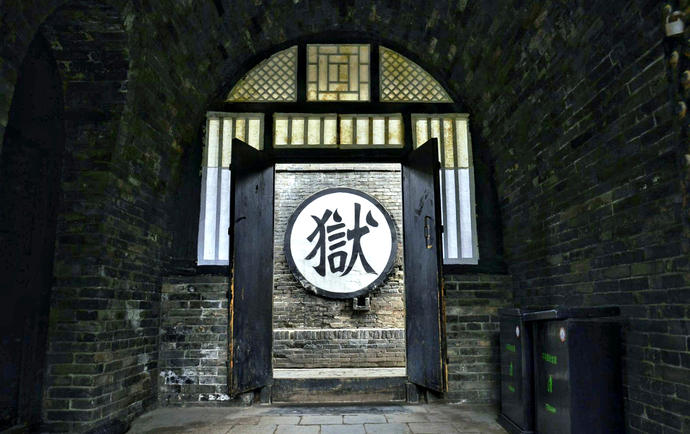 Cell is a three, which is fairly spacious, there are kang, a window, think of a fairy tale Princess, a small swallow's poem "into a room, surrounded by walls, looking up to see mice, bow to see cockroaches" , The reality is much better than the environment in the TV series. However, the executioner's room is not so pleasant, it is really not see the black house, but also be kept in a wooden cage, the environment miserable and desperate, if claustrophobic, it is estimated do not have to wait until the autumn cut, Do not have to go to Beijing food market beheaded, the direct death of depression. 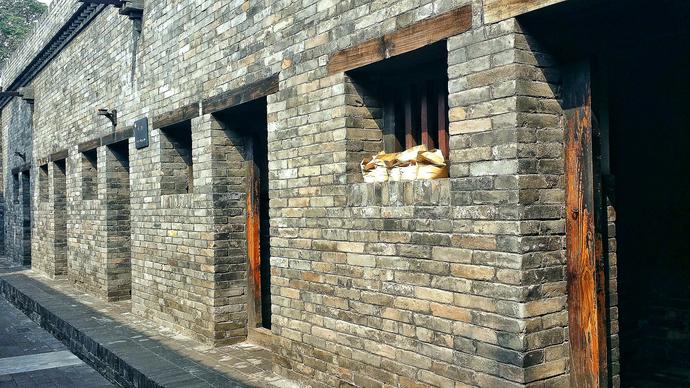 In contrast, the county magistrate's room is too comfortable, there is a large backyard, beautiful scenery, ponds, bridges and pavilions, very chic. But then the beautiful garden, think of living next door to the yard is guilty of people, this mood is weird.

This is the master's room, looked pretty good.

From the county Yanei can board the rain floor, overlooking the streets east and west.
Do not know when the county magistrate is not really boarded this floor to see the rain to see the scenery, but can be seen from the name, may be too dry, where people are how much importance to the rain. I was fortunate enough to catch up with a thunderstorm this time, but in the night, a thunderbolt took me from a dream and woke up. I heard the pouring rains pouring down in the yard. I slept on the Tukang, hiding comfortably The rain in the blanket, wake up early in the morning had cleared, the wet floor, the yard was washed, the sun sprinkled in, especially refreshing.

At first sight Pingyao, I was attracted to all kinds of antique Ming and Qing dynasties architecture, free to walk into a restaurant or shop, the boss will warmly invite you to visit the inner court inn, quiet courtyard sunny, the yard will have to support A large water tank with red Koi, surrounded by a variety of pots, flowers in full bloom. Although the drought in Shanxi, but let a small courtyard that full of vitality, green, water Lingling.

Look up and then looked back, the ancient Vatan, crafted gatehouse, though faded but also without losing the bright wood gallery ... ... seems to suddenly bring you back a hundred years ago, this feeling is really wonderful, mottled brick wall, Printed with a touch of light sad; carved old window, as if the Ming and Qing Dynasties when the gentle appearance, it is not attractions, no tourists around, but ordinary people, the afternoon yard, sitting alone in the sun on a stone bench sun Listening to the bird twittering on the eaves, it seems that pushing the curtains can see the lady wrapped in three inches of lotus is sitting on the kang embroidery.

Not as Beijing's courtyard so law-abiding, a four square square yard stroll, and then the most inside a small corner, there is always a humble door, walked in to enter the other courtyard, which is Something else, so seven layers of layers of a twist, worthy of the ancient Shanxi merchants compound courtyard, I really like like the treasure hunt like the law, the place where the temples are all to see, there will always be unexpected surprise. 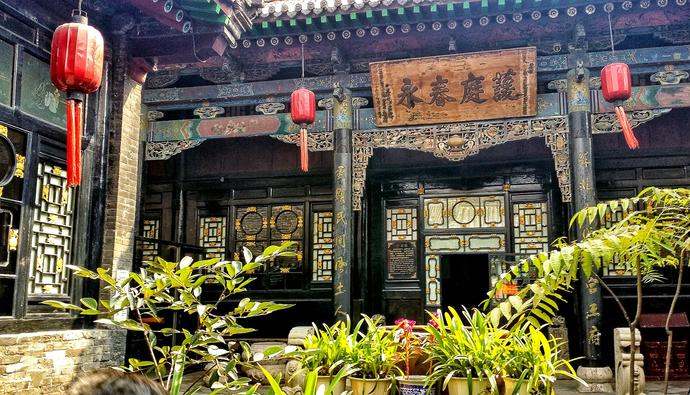 Incidentally, I live in the [Southeast Sea Bin, also known as the Grand Theater], is the Shanxi Chamber of Commerce three hundred years ago, was built in the reign of Kangxi (1703), and later Guangxu 26 years, Empress and Guangxu West Tour is Live in this Oh! ! ! Still in the theater to listen to the show. Ten courtyard, mahogany furniture, deserve to meet the emperor and prepared. These are all I know until after I moved in and out of Pingyao. I did not expect that I also enjoyed a tour of the West. 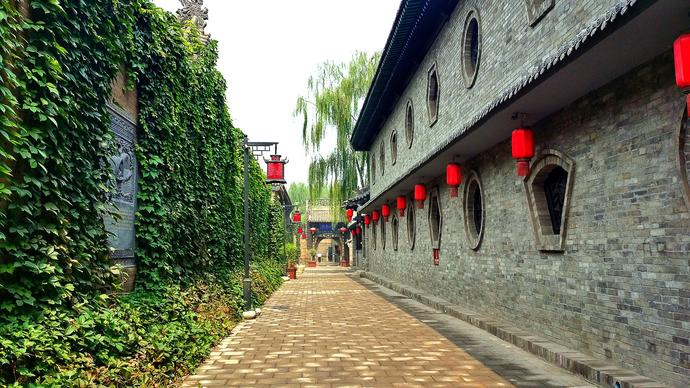 Businesses on both sides of the street will spare no effort to decorate their own shops to attract the eye, in addition to restaurants and pubs, where the number of sell vinegar, sell Fenjiu, sell beef Pingyao, selling the most lacquer boxes, these are also the most Pingyao Famous products.
Almost every vinegarde is placed in front of such a small flow of vinegar bonsai, can smell the smell of thick vinegar incense blowing. If you have to use a taste to describe Pingyao, it must be deservedly balsamic vinegar. I am fortunate enough to taste the aged vinegar of 18 years. It is not very sour in taste. It is rather refreshing. However, the girls still prefer sweet dates vinegar and apple cider vinegar to beauty and beauty. 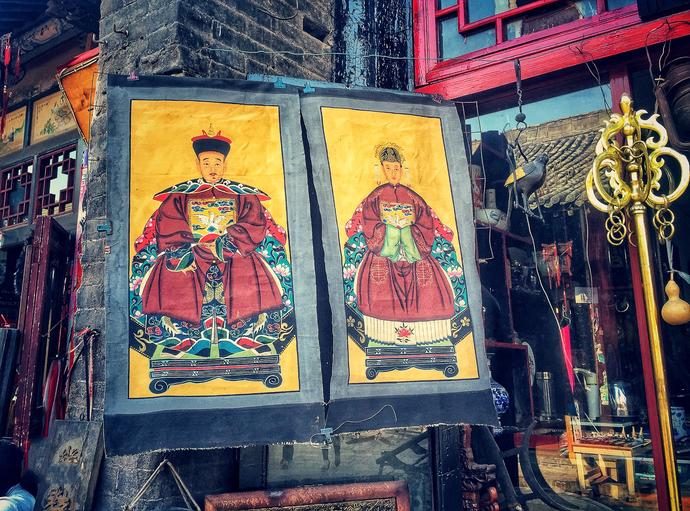 From the street to the alley, shuttle in the shady path, and another flavor, a lot less people around the quiet, and occasionally see the very old house door closed, a look that is the old house, without The ancient sense of repair makes people feel more mysterious. 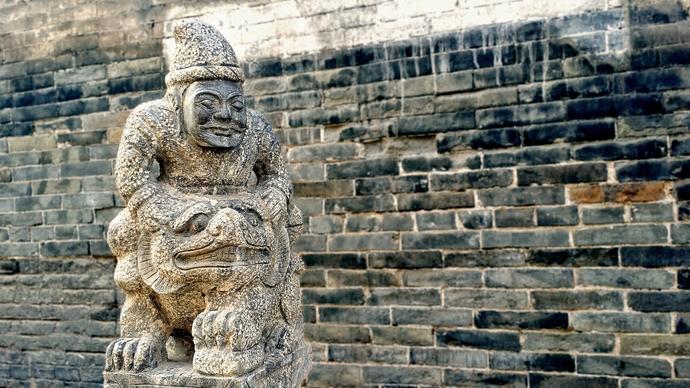 Legend of the nine Dragon walls, one in Beijing, one in Datong, together with this to see Pingyao, I would have considered all. 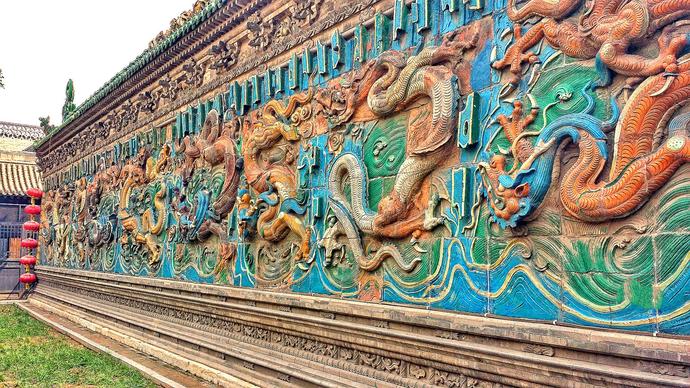 The more ancient city on the edge of the house obviously did not repair the city center well, and even retained the last century, eighty or eighty years of feeling, as if from the Ming and Qing once again crossed the early days of the founding of New China. 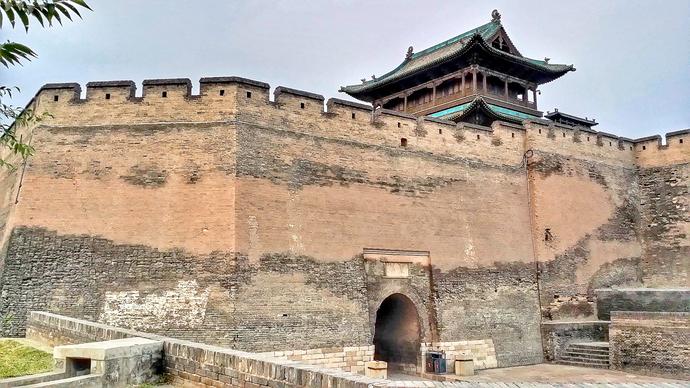 The ancient city of Pingyao at night

At night, everyone in the ancient city lights up, it is good-looking, the red lanterns in the house can not help but remind me of the red lanterns hanging, which point the light of the yard hospital, night went to the room where the aunt wife overnight. Ancient times the city must not be so lively, dark courtyard compound is only one light, think it also feel ghostly ... ... or is now good-looking, a string of red lanterns all lit, with the New Year like.

May also be honest in the ancient city folk, had no nightlife, at 11 o'clock in the evening, the basic street shops are closed to rest, after all, there are many aboriginal people in the city, people have to live a normal life, not every night, Pingyao is a In the ancient city where I went to bed early and got up early, I prefer to enjoy such a quiet night. 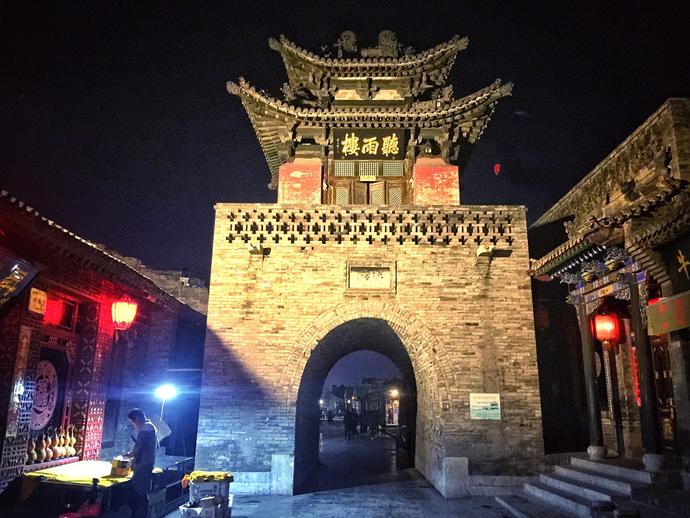 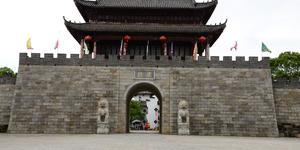 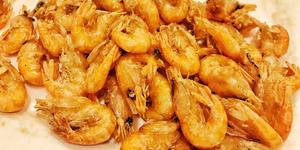 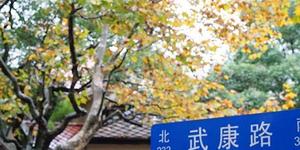 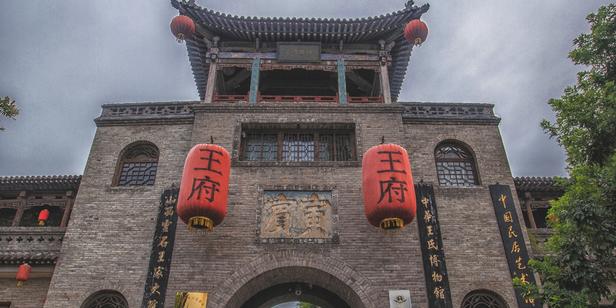 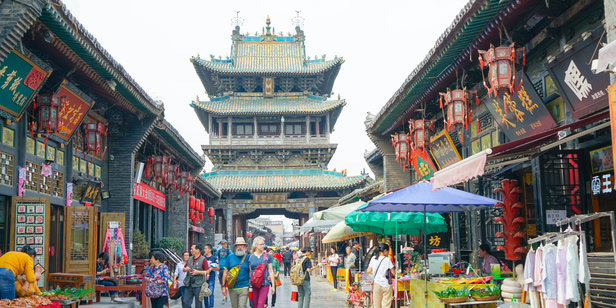