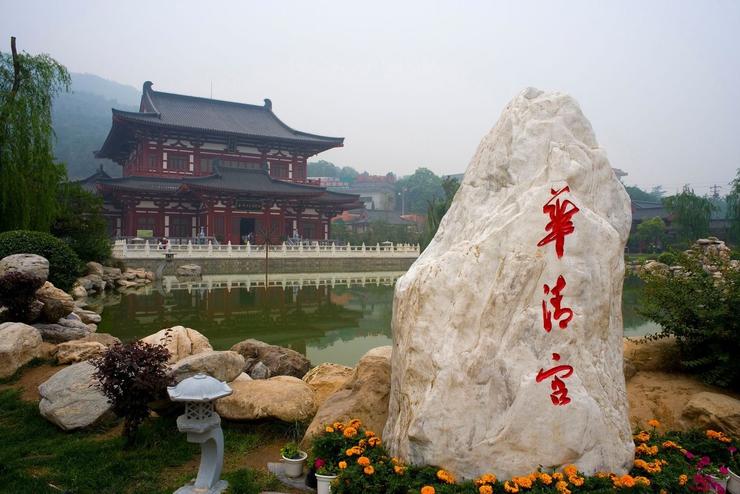 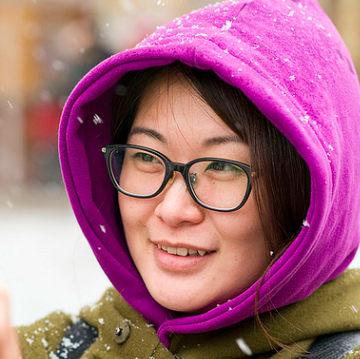 Huaqing Palace since ancient times is the resort tour of the Royal resort, is said to have been Yang Gui bathing place. According to legend, King of Zhou Dynasty had built here in the official. There are relatively complete weeks, Qin, Han, Tang, Ming, Qing and other ancient cultural sites, landscapes, ancient buildings and ancient trees and other cultural relics resources, especially Tang Minghuang and Yang Guifei lingering love story and shocked the "Xi'an Incident" and renowned world. 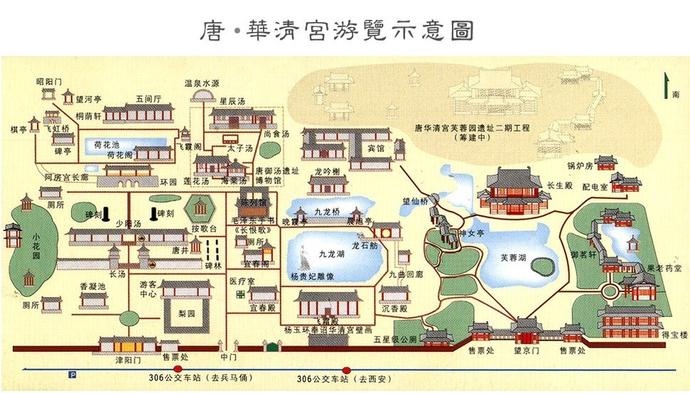 Traffic by car line: from Xi'an to drive to Huaqing Gong, along the west of the highway ahead, just 30 minutes to reach Huaqing Gong;

Bus lines: from the train station (East Plaza) take the 306 bus in the "Huaqing pool" station that is to

Be sure to visit the attractions 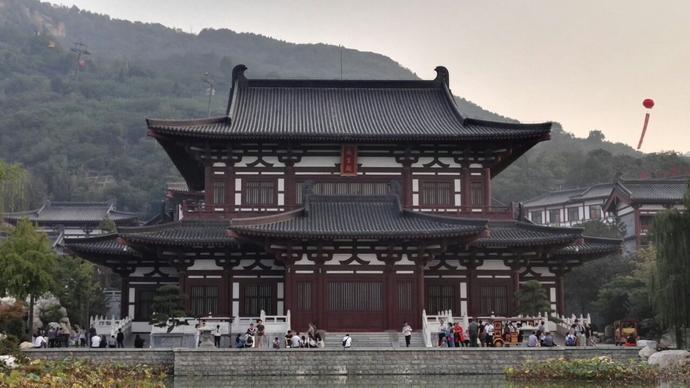 It is said that the longevity hall was once the Emperor Xuanzong and Yang Gui Tanqi oath of the land, historical significance is no trivial matter. Now repair the reconstruction of the Temple as a cultural exhibition hall open to the outside, there are four main:

The second layer mainly introduces the political culture of the Tang dynasty, from the beginning of the creation of the Tang Dynasty, to the Zhenguan dynasty and then to the Kaiyuan dynasty, all in the Huaqing Palace left a lot of historical traces.

The third layer mainly introduces the history of romance of Emperor Xuanzong and Yang Guifei.

The fourth layer is a systematic display of Huaqing pool six thousand years of splendid civilization.

In particular, it is worth mentioning that to the longevity hall must remember to watch the cycle of playing the 6D film, talking about the Emperor Xuanzong and Yang Guifei, said the use of many holographic images, high-definition projection and other high-tech technology, in short, the effect is very shocking, miss.

Changsheng Temple 6d movie is circulating, no additional charges, a about 40 minutes or so, but each restricted 50 people, need to line up. 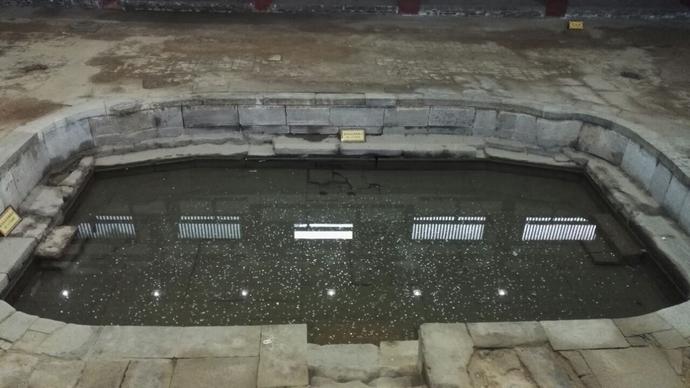 Tang Yu Tang site can be said to be the most important part of the area of Huaqing Palace, where there are Tang Xuanzong as a gift of love to Yang Guifei "Royal pool", its plane like a blooming Begonia flower, so also known as "Begonia soup " "Three thousand pet in a" Yang Gui in this bath nearly ten spring and autumn. There are specifically for the Tang Xuanzong bath Royal soup "lotus pond", not only soup pool like lotus, and even the mouth is the shape of lotus. As well as the night when the bath can look up to the stars of the stars, "stars soup", specifically for ministers and officials to use the "food soup" and so on, each bath pool have their own characteristics, it is recommended to find a instructor, while visiting the side to listen to explain, very interesting.

five hall - the signs of the Xi'an Incident are still there 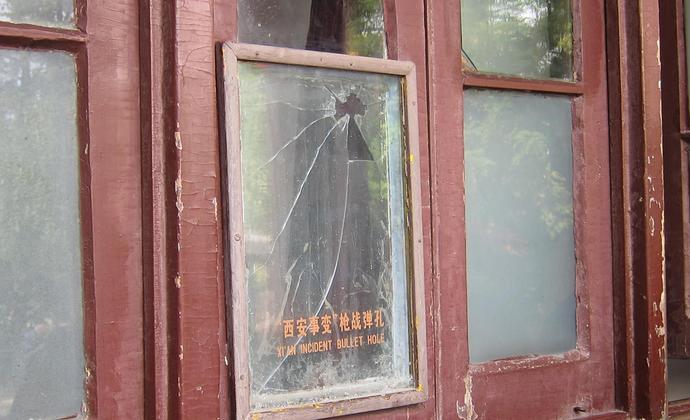 Five Hall was built in the late Qing Dynasty, it is said that when the Eight-Power Allied invasion of China, Cixi West fled to live here. In December 1936, Chiang Kai-shek fell into the mountains and lived here. Zhang Xueliang, Yang Hucheng two generals to promote Chiang Kai-shek to save the country, in this war Bing Jian, carried out a battle in the hospital. Today, the room office tables, chairs, beds, sofas, tea sets, stoves, carpets, telephone, etc., are copied according to the original appearance, restored the original appearance of Chiang Kai-shek bedroom. Five hall of the windows, on the wall, so far still retains the Xi'an army soldiers remonstrance battle when the bullet marks.

"Everlasting Regret" - can not see the ten-act dance 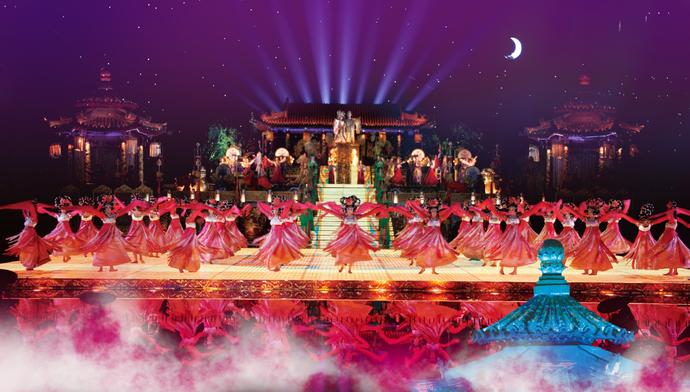 How can I not see the famous dance drama "Everlasting Regret"? In the real story of the historical place - Huaqing pool with the form of the art of ballet, to the Tang Dynasty poet Bai Juyi's famous "Song of Everlasting Regret" expressed by the love theme. This show to Tang Minghuang and Yang Guifei in Huaqing Palace promised "in the days willing to be a winged bird, in the land is willing to even branch of the" love vowed the main line, the art of a thousand years ago to reproduce the love story here.

"Everlasting Regret" tickets are not included in the Huaqing Palace tickets inside, the need for a separate ticket, the fare range of 188 ~ 988 range, the price varies according to different regional prices, the better the location of the more expensive tickets, the proposed purchase of the Central Ticket, the price between 248 ~ 298, the location is good, cost-effective.

Because Huaqing Palace Scenic Area is far away from the downtown area of Xi'an, it is recommended to read the "Everlasting Regret" after the show car or car back to the city more secure.

Lishan Hot Springs - like the Tang Dynasty Royal as a bath 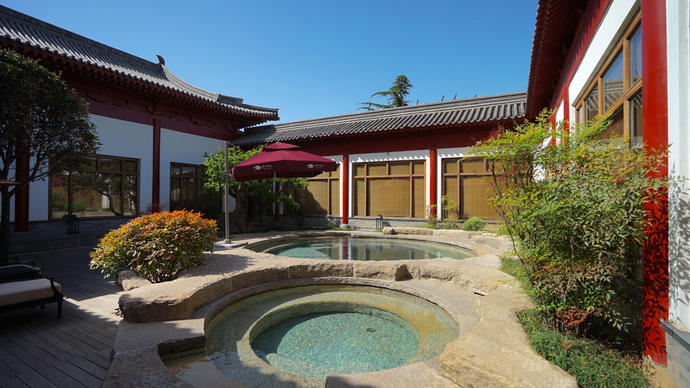 The emperor's romantic affair has long been ashes, Lishan at the foot of the hot spring water has been flowing for thousands of years. Hot lava will be a stock of fresh springs burn hot, after time of practice, hot spring water has become smooth and delicate. To the Royal since the ancient bathing of the Holy Land, of course, to enjoy a royal Royal class spa bath, Huaqing Yu Tang Hot Spring is located in the area of Huaqing pool, set the natural fortune of natural hot spring resources and beautiful scenery as one of the beautiful scenery, but also with Tang Yu Tang site of the same name of the lotus soup, Begonia soup, Prince soup and other soup pool, so you feel like through the time and space, like the Ming emperor and the year.

Want to know the love stories of Emperor Xuanzong and Yang Guifei? Imagine the Tang Dynasty as a bath? Bring this Raiders, to Huaqing Palace starting it ~ 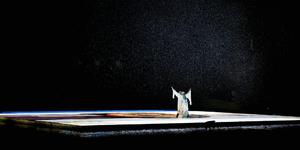 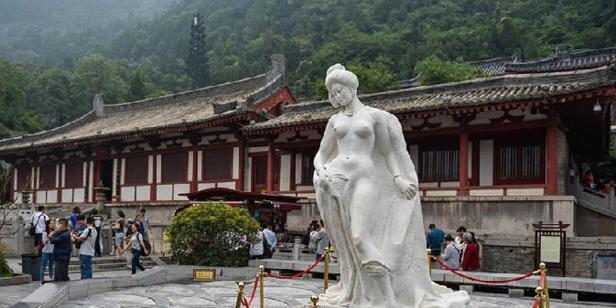 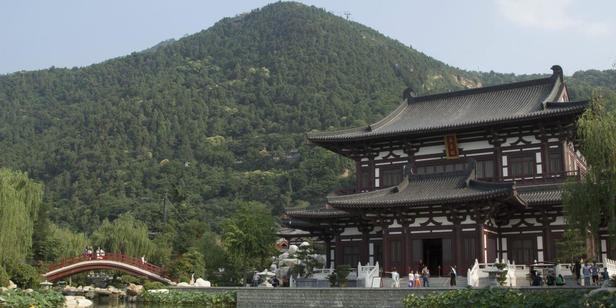