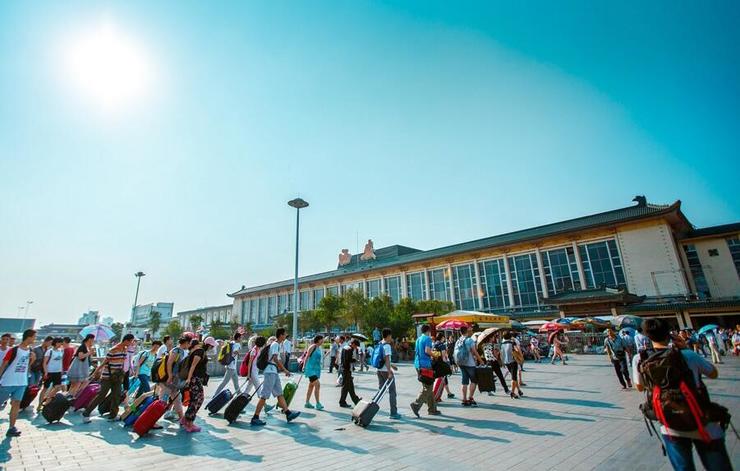 How to get to Xi'an

1, usually first by train, car, plane, etc. to reach Xi'an.
Xi'an has always been the main road traffic, aviation, railways, roads are more developed. Zijia optimistic about the starting line can start a.
2, by plane to reach friends in Xi'an, after the car can first contact the taxi (drivers are generally reached the exit), from Xianyang Airport to the center of Xi'an, the taxi price is 150-100 yuan, you can bargain. In addition to the taxi is the airport bus, and out of the terminal door there, 25 yuan to reach the city.
3, by train and car to reach friends in Xi'an, out of the train station in Suntech (Jiefang Road north) there are dozens of bus routes to the urban areas. But also in Baidu search "Xi'an bus line", plan to sit in advance what car.

Xi'an is an important birthplace of Chinese civilization and the Chinese nation, the starting point of the Silk Road, with more than 7,000 years of civilization, more than 3100 years of history, more than 1,100 years of history. People who travel to Xi'an, mostly holding two purposes: reward monuments, taste food. So when will Xi'an go better?
Xi'an climate four distinct seasons, cold and dry winter, cold and some biting, suitable for visiting some of the indoor landscape. Summer is very hot, especially in the midsummer moment, where the sun is also very strong. So for some cool place, spring and autumn is no doubt that the most suitable for the second quarter. 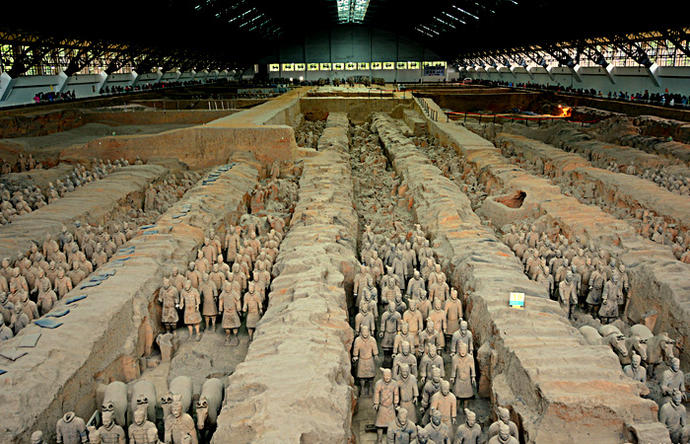 [Huaqing Palace to see what]
Huaqing Palace will have a few places to go not to be missed, Furong Park, Kowloon Lake, "Everlasting Regret" book wall, wall engraved with Mao Zedong handwritten "Everlasting Regret." There are also Lishan Hot Springs, is said to be very magical.
1, Furong Garden: Furong Park is a static garden, come here to feel the ancient royal garden rich Tang Feng Tang Yun.
2, Kowloon Lake: Kowloon Lake on the south bank and the east coast, followed by a built incense hall, flying cream hall, Yichun Temple, Yichun Court and other imitation Tang palace, with red as the main tone, together with pine and cypress, weeping willow lawn, Of the Kowloon Lake like Jade Pool Wonderland, along the lake around the temple symmetry, corridor veranda meandering, Longqiao lie, Liu Yin shore, it is feast for the eyes.
3, Mao Zedong "Everlasting Regret" Book Wall: Yichun Pavilion in the south of the book wall, the wall engraved with Mao Zedong handwritten "Everlasting Regret." When he wrote the 32nd line, "broke the Colorful feather song" was interrupted and not written, so Le carved in this book wall only 224 words.
4, Lishan Hot Springs: I heard that Lishan Hot Springs on rheumatism, arthritis and other diseases have a significant effect, but also has the "best in the world Yuquan" reputation.
[Traffic]
Huaqing Gong and Terracotta Warriors and Horses in a line, not far apart, you can do from the train station bus, tour 5, 914 Road 915 Road. You can travel by car, by car, or to participate in the local day tour tour group is also more convenient, but also with a tour guide, go to the scenic area what historical sources will have a tour guide to explain! 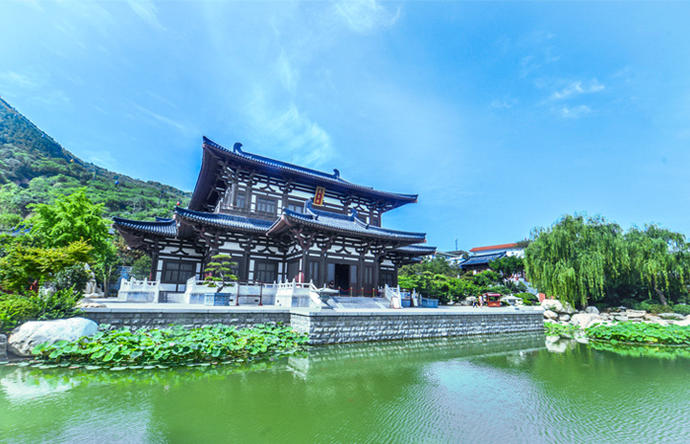 Tips:
1, Huaqing Gong and Lishan has been merged into a scenic spot, Lishan has a cableway is 60 yuan, one-way up 35 yuan, one-way down 30 yuan, want to go to Lishan can also play the cable up. 2, before playing the terracotta warriors, do a good job first understand the relevant historical knowledge. You can ask a narrator at the door. 3, their own car to be sure to pay attention to the car when not to be cheated, there are private cars and fake tour 5 to Terracotta Warriors and Horses, the correct car method is in the train station across the road "Jiefang Hotel" door, where there are some bus stations, Sitting on the tour 5 (306), it can. The appearance of the car is the general bus, the body reads "Huaqing pool soldiers and horses", must look for, do not take the wrong! And is the first car, after the ticket!

Today in Xi'an to play a day, you can participate in day trips, you can slowly walk in the city to find its beauty. In the morning, go to the Wild Goose Pagoda area to play, and then take the bus back to our residence near the stroll, Bell and Drum Tower in the vicinity of the area. Afternoon to the ancient city wall riding a bike.
【Big Wild Goose Pagoda】
morning early particularly early, no people on the street, but there are many elderly people here in the morning exercise, the store has opened a Lan! Big Wild Goose Pagoda North and South Square, North Square to music fountain, known as Asia's largest musical fountain, starting at 12 o'clock every day, sometimes 10 am or 3 pm also have more frequent summer. South Square is now all the new antique building, also known as Datang Evergreen City, there are many snacks in the South Square, restaurants, as well as cinemas, art galleries, sculptures, the best walk, you can see many scenery. Big Wild Goose Pagoda is inside some of the statues and hovering stairs, after going overlooking the whole of Xi'an, very beautiful.

[Bell tower]
Gulou and bell tower two relative, guarding the ancient capital, as Xi'an landmark, clock tower northwest corner of the hanging bell, no longer have the function of the newspaper, but the holidays will still be ringing, pray for peace.
[Drum Tower]
Gulou tectonic technology, in the application of the Tang Dynasty style, the Song Dynasty building on the basis of a lot of innovation. Drum Tower also has a variety of drums since ancient times In 2007, Xi'an Bell and Drum Tower began to hold the "morning bell drum" antique performances, Xi'an clock tower on the Jingyun bell (replicas) were ringing 24; 6 pm, the first drum tower on the 24 gas drums, and then Wen Tian drums sounded 24 times to report when the twilight.

[Xi'an ancient city wall]
Xi'an wall is built on the basis of the Tang Dynasty, the city walls around the city of Xi'an, impregnable, extraordinary momentum. Boarded the tower, both overlooking the scenery in Xi'an, you can also ride in the tower on the tower, watch the wonderful performances on the tower. The walls are large and wide. There are car rental, 70 yuan 90 minutes double car, single car 35 yuan 90 minutes, almost can ride a circle. There are special battery cars, 80 and 120 yuan car, around the walls of a circle. 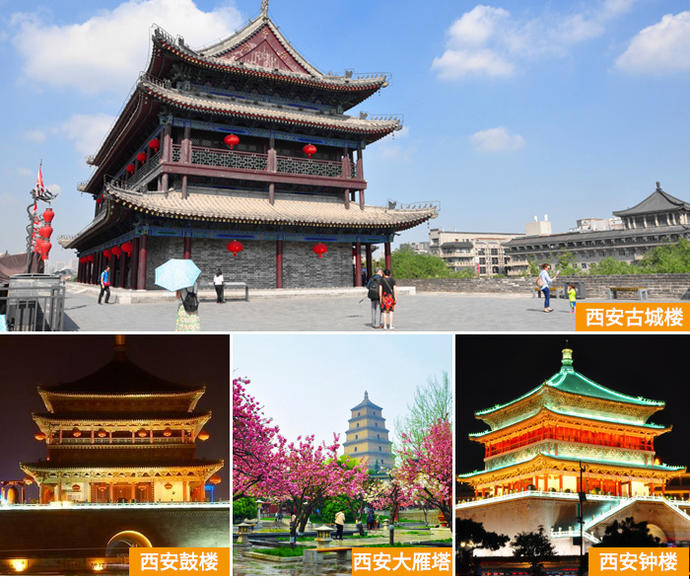 Hui Street. To Xi'an tourism will almost come to this place, but personally feel crowded, snack expensive, it is said to be not authentic, casually wandering like, want to eat authentic Shaanxi snacks may go to the street alley will be more authentic.
Xi'an food should be in the country are famous, many people only know that Xi'an eat pasta, but the specific food how to eat do not know, Hu spicy meat in the meatballs, gourd head of the intestines, steamed bun on the sugar Garlic, rolling dough in the gluten, Rouga Jujiao dripping juice side of the child, steamed bread on the beans there are many, many of these are the essence of real food in Xi'an.
Qishan surface: Shaanxi Qishan noodles in the Qing Dynasty when it has been very famous. With thin, tendons, light, fried, dilute, Wang, sour, spicy, incense and famous, noodles to roll into the hand, and to reach the surface thin thin, tough and smooth, soft and hard moderate. Eat Qishan surface requirements wide soup, and highlight the hot and sour taste.
Beef and mutton steamed bun: beef and mutton steamed bread is the famous snacks in Xi'an, with high quality beef and mutton add seasoning wok boiled, soup spare. The branded lump lump steamed bun, broken into pieces, add ingredients from cooking. The best beef and mutton steamed bun is, meat rotten soup thick, mellow taste, sticky toughness. After eating a bowl of soup, feel more fragrant mouthful, eat when you can match a special dish of garlic, taste better.
Meatballs Spicy Soup: Meatballs Spicy Soup is a halal food of the Xi'an Muslims, and the aroma of beef soup is reflected with the salty taste of the northwest. The weight of the pepper to reduce the weight, in order to more prominent meat and the taste of vegetables, with the more frequent use of more atmospheric beef balls, more taste and reality, and now the people of Xi'an meatballs Hu hot soup also made a breakfast.
Rouga steamed: Shaanxi famous snacks, eat a small amount of meat, cut into the baked white Ji steamed bun, this time steamed meat crisp, memorable.
Gourd head: gourd head is a unique flavor of Xi'an snacks, the main material from the pig's large intestine, pig belly, fat to go to the smell after the smell of soy sauce into the soup, and then made from soup boiled, its soup flavor, delicious , With a rich taste of alcohol, fresh and smooth, fat but not greasy, young and old Safe characteristics. 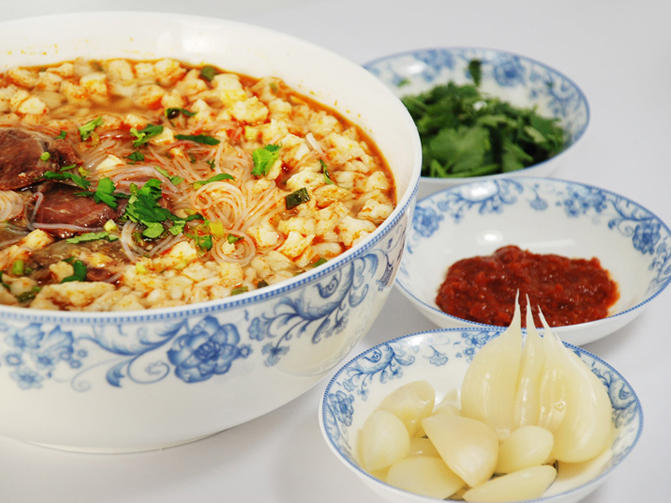 Tips:
1, eat as much as possible to choose the local restaurant in Xi'an, rather than the outsiders and more places 2, before the consumer to understand the price in detail, do not check out the time to re-angry.

How much does it cost to travel to Xi'an?

1, tolls
depends on whether you are traveling with the tour or with the tour, and if you choose to go with the regiment more places to the place, probably more than 2 thousand look, if you are traveling by car from the airport, then count back and forth spend The
2, living
in Xi'an, then, this should be the biggest cost, and CYTS is a lot of backpackers choice, probably in the 40-60 look, located in a ring, the traffic is still relatively convenient. If you choose to live in hotels, ranging from 200 to 1000, to see your own choice.
3, eat
Xi'an is the food of the city, there are a lot of food, eat here one day endless, you can choose some traditional places to eat authentic food, if you only eat some snacks, one day is about 100 to 200 look The
4, traffic traffic
in Xi'an is very convenient, taxi is 9 yuan start, of course, you can choose to take the bus, some poor quality of the driver, will be between 3 o'clock to 6 o'clock will refuse to load. So come to Xi'an to arrange a good time. City travel the best in advance to confirm a good bus lines.
5, tickets
in the ticket costs above a ticket is not expensive, are basically within a few dozen, if you go to the attractions more, add up to a total of 1000 or so. In general, travel to Xi'an 4-5 days, you only need to spend about 3000-5000 can play very well.

Tips:
1, respect for the local (Hui) religious beliefs, folk customs. 2, the northwest climate is more dry, and dust larger, pay attention to add appropriate amount of water every day. 3, Xi'an for the international tourist city, people flow larger, more complex ingredients, should try to reduce the night travel. 4, nine, October Xi'an sooner or later the temperature difference between the larger, should be prepared accordingly suitable clothing and prevent colds. 5, in Xi'an to buy a variety of travel handicrafts, souvenirs, to guard against "touch porcelain." The so-called "cultural relics" secretly out to sell the situation, especially what "their home dug out of the baby", do not believe that Shaanxi cultural relics will not be more to this point. 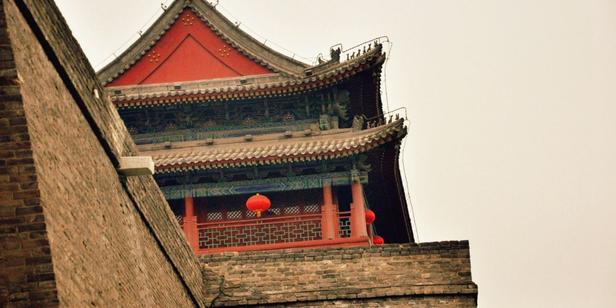 Impression of the ancient city of Xi'an 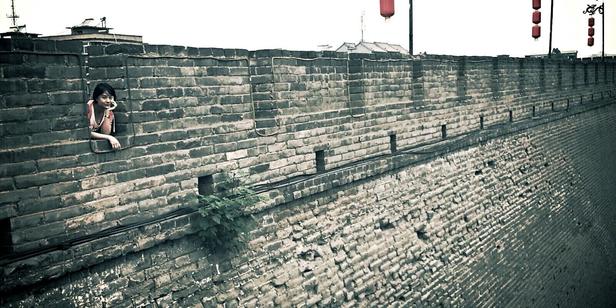