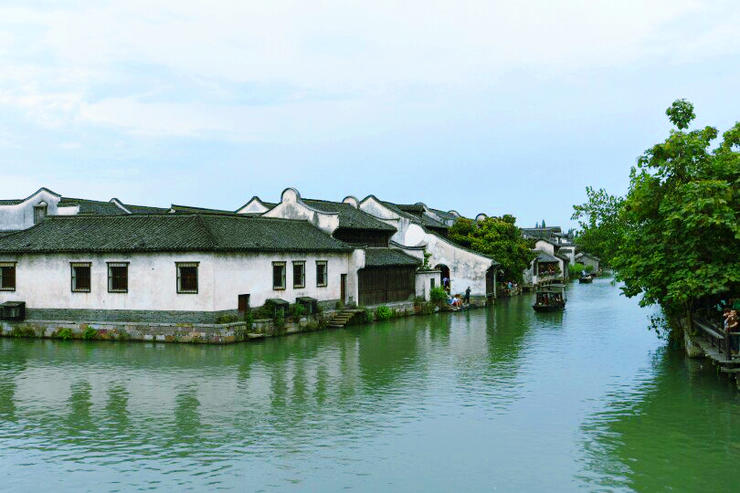 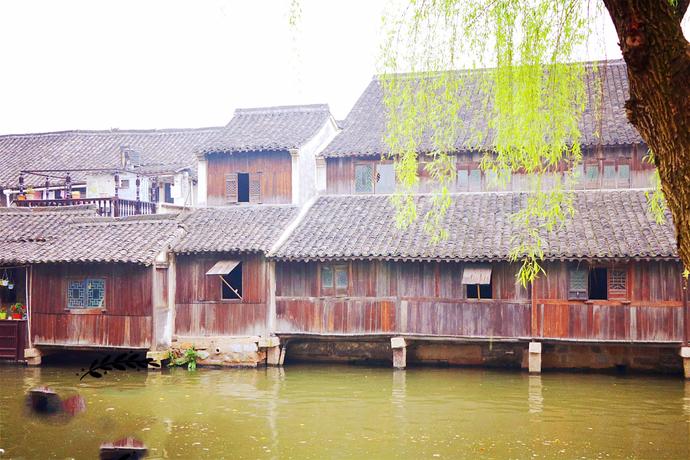 Wuzhen, affiliated to Tongxiang, Jiaxing City, Zhejiang Province, is located in the "Golden Triangle" of Jiangsu, Zhejiang and Shanghai and the hinterland of Hangzhou-Jiaxing-Huzhou Plain. It is 80 kilometers away from Hangzhou and Suzhou and 140 kilometers away from Shanghai. Wuzhen Taihu Lake Basin is a water system, criss-cross the river, the Beijing-Hangzhou Grand Canal by town. 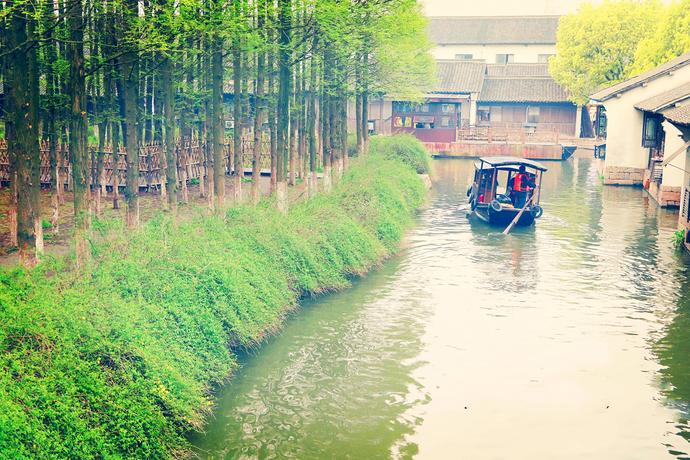 Wuzhen is the first batch of famous historical and cultural towns in China, China's top ten charm town, the country's beautiful towns and townships, the national 5A-level scenic spots, known as "China's last pillow people" reputation, with over 7,000 years of civilized history and built in 1300 history.
Wuzhen is a typical ancient town in the south of Yangtze River in China. It has the title of "hometown of fish and rice, house of silk". Wuzhen has a long history of more than 6,000 years and is one of the six major ancient towns in the southern part of the country for the forecast of 20 golden weeks. In 1991 was named the historic and cultural city of Zhejiang Province, in 1999 the ancient town protection and tourism development project. Since November 19, 2014, Wuzhen has become the permanent venue for the World Internet Conference.

West Gate is located in Wuzhen West Street, adjacent to the ancient Beijing-Hangzhou Grand Canal, and direct access to roads in Jiangsu, Suzhou and Tongxiang urban areas, transportation is very convenient, with the East Gate to tourism and tourism as the theme is different, Xizang build business travel, leisure Mainly.

Jiangnan Hundred Beds Museum is the first museum in China dedicated to the collection and display of ancient beds in the south of Yangtze River. It is located at No.210 East Main Street, Wuzhen, also known as Zhaojia Hall. It covers an area of ​​over 1200 square meters, , Modern ancient bed Jiangnan boutique.
The first hall of the exhibition hall is: Ming · horseshoe foot large bed rack, etc., the use of wooden frame structure, emphasizing the line shape of the furniture form; the second hall has Qing · Babu thousand bed and other beds, with Materials for the boxwood, 217 cm long, 366 cm deep, 292 cm high, before and after a total of three stacks, this bed lasted only three years carved, more than a thousand jobs, so its name. 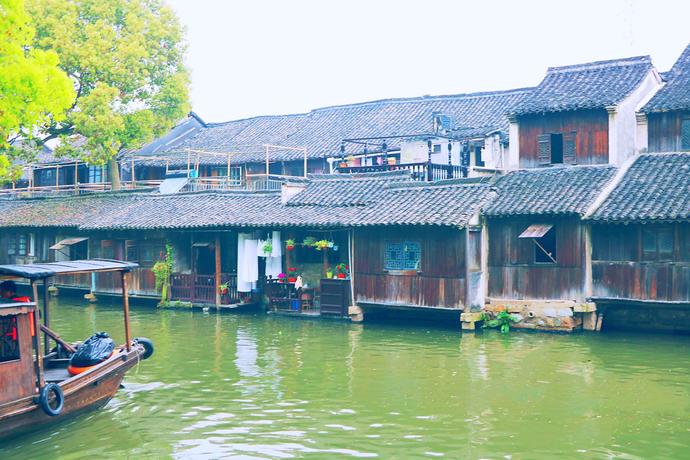 Ming and Qing Dynasties, Zhejiang and Zhejiang Branch said Zhezhi, Wuzhen is a unique history of the government agencies. Occupation patrol salt catching pirates, taking into account local litigation, commonly known as the second house Yamen. Since the establishment of Jiajing in the Ming Dynasty, it was withdrawn from the early Republic of China to the early Republic of China. After several years of reform, the site was renamed for several hundred years and lasted for more than 370 years.
Jiangnan Folk Museum, showing the people from the late Qing Dynasty to Wuzhen folk Shouqing etiquette, marriage and childbearing customs and customs and other folk customs. Wax figure out weddings and funerals drama. Popular clothing hall in kind, wax figures, photographs and other means to show hundreds of years ago, folk customs of southern Yangtze River.

Here is the mansion of the East Gate Xu family, also known as the Flower Hall, known for its fine wood carving. The positive room is also displayed in the house is rich in ancient Chinese wood carving devices. The carvings of wood carvings are rich in woodcarving. There are folk tales such as "The Eight Immortals Crossing the Sea" and "The Birthday of Guo Ziyi". There are scenes of life such as "fishing", "fighting crickets" and "drumming by gongs and gongs" Eat grapes, "" Merlin, bamboo chrysanthemum, "and other traditional patterns, depicting the folk customs with Jiangnan local characteristics.

Yu Luliang native Wuzhen people, coin collection everyone, with "China spend money", "China Appreciation and Collection", "coins", "Coins Talk", "numismatic steel", "world coins" and other circulation More than 10 academic monographs. He painstakingly collected possession of possession of 40 years, with more than 26,000 kinds of money in more than 230 countries and regions in the world, including metal currency, banknotes, money, etc. The materials are gold, silver, copper, iron, tin, Lead, antimony, pottery, nickel, paper, bamboo, bone, glass, plastic and other 15 species, starting Xia business, from the next to the modern. 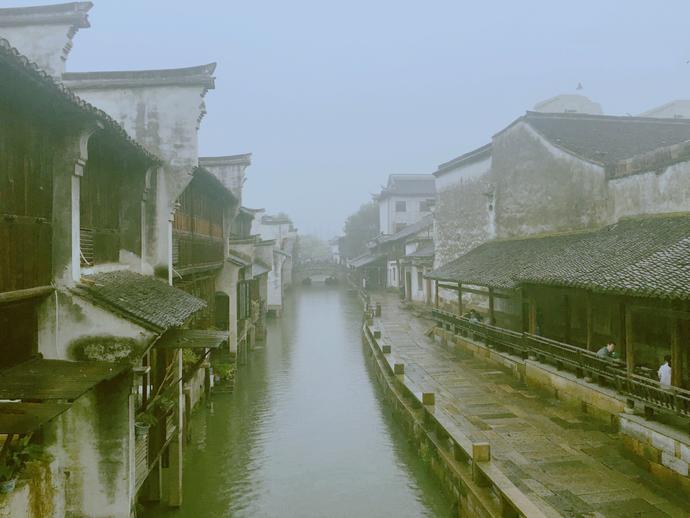 Self-cultivation concept Wuzhen in the city. The first year of the Northern Song Dynasty Xianping (998), priest Zhang Dongming in this Jielu, self-cultivation, is to create "comprehension for the truth." Comprehension and Suzhou Xuanmiao concept, Puyuan Xiangyun concept and said the southern Three Road concept, the status is extremely high.
A total of three comprehension for the concept of truth, one into the mountain gate, two into the Dongyue Basilica, Jade into the Jade Court; on both sides of the Ten Temple Yama, plague Marshal, Fortuna and other palaces; the front of the hill is still open macro Chang. Self-cultivation of the door is hung above the main entrance has a large abacus, the book below a pair of couplets: people have thousands of calculations, the day is a count, very alert means.

The Former Residence of Mao Dun is the only national key cultural relic protection institution in China to date. It is located at No. 17 Guanqian Street on the east side of the river in Wuzhen City. It is surrounded by four buildings and has two layers of storied timber buildings with a total area of ​​450 square meters. Former residence of two units, is the great-grandfather of Mao Dun two times to buy. Former residence, including bedrooms, study, restaurant and other buildings, the furniture and layout is still Mao Dun had lived in the original look.

The comprehension stage is an adjunct to Taoist temple. It was built in the fourteenth year of Emperor Qianlong (1749) and has been repeatedly damaged as it is in the comprehension of truth. However, it was maintained until 1919 after the renovation. Taiwan covers an area of ​​204 square meters, north front view of the street and repair relative concept, south of East River, East Hing Wah Bridge. Stage for Xieshan-style roof. Taiwan is two, the bottom brick masonry, access to the side doors and the front door. 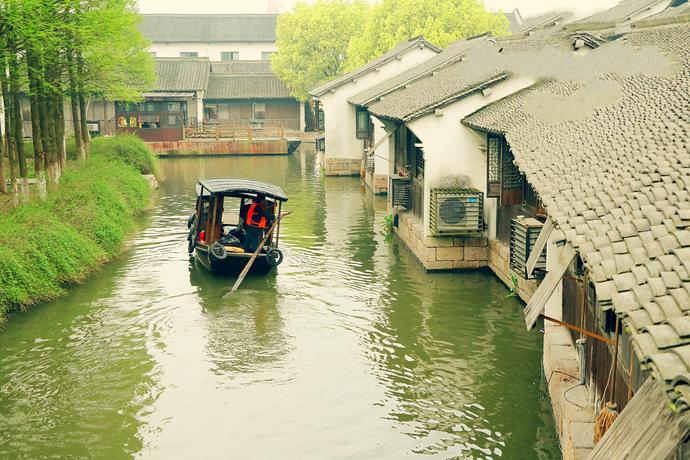 In Yingjiaqiao and South Huaqiao, between the five open the facade, upstairs and downstairs, 1.8 meters high counters. According to "Wuqing Town," records, Wuzhen pawn up to 13 at most, to 1931, only Huiyuan 1 also support. Pawnshop surrounded by high walls, by the outer walls of the feet are used to build a high head of stone, so that thieves can not over the wall, digging holes, more roof above the building some day and night looking.

A town, no airport, no high-speed rail, but there are still many ways to reach here.

Traveling to Wuzhen by car in Hangzhou, count traffic jams, resting area rest or something, almost 2 hours to Wuzhen. Wuzhen during the day, the first to play the East Gate, night to the West Gate night tour, soak bar, the area live downtown.

You can eat outside the downtown area hotel, the price compared to the area of ​​view is still very cheap. Bullfrog pot, steamed sea bass, sauce duck, lamb, etc., anyway, more flavor of southern cuisine. There are many snacks inside the area, there are radish cakes, cakes, bread, spring rolls, stinky tofu, crabapple cake, egg cakes and the like, always feel that these are the necessary funds for the ancient town.

Wuzhen impression in the blue calico, aunts cake, three white wine, Chrysanthemum, sauce duck and so on, filled with the feeling of the street, there is nothing particularly worth buying a feeling.

We chose Wuzhen Golden Waterfront Hotel, is the figure below that some water features buildings. Originally wanted to live in the West Gate inside the characteristics of the hotel, but set too late, basically good-looking hotel features have long been sold out of the water, so want to go to Wuzhen and want to experience the area to push the window is the small river flowing partners must be Book early hotel Oh!


Forget the details of the room picture, we make do with! From the experience point of view, the trip to the hotel is still great, about high-speed hotel can be seen immediately, not only easy to find, but the location is very close to the area from the East Gate. Overall hotel facilities, services are also very good, rainy days also provide free rental service umbrella Oh, very caring is not it! The only drawback is that the underground garage is too small, and there are more debris pile inside, so parking some trouble.
Hotel Address: Tongxiang Wuzhen Qingzhen Road on the 8th golden waterfront.

Tips:
sufficient time in the two scenic spots are touring the case, you can buy things grid ticket ¥ 150 yuan. This is more cost-effective! ! 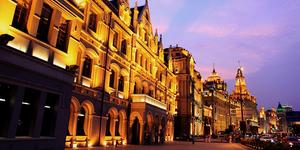 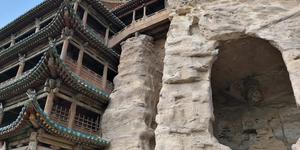 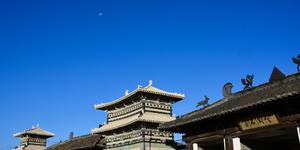 The ancient city of Datong records the vicissitudes of these buildings.
READ NEXT 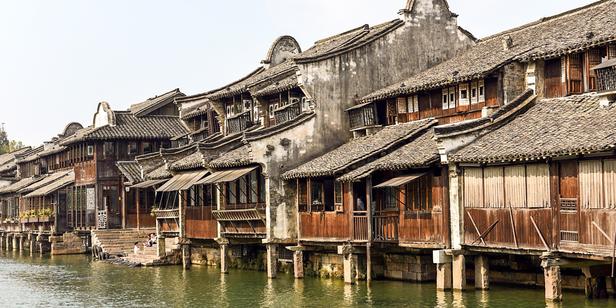 Wuzhen before the small science, help you play the water town! 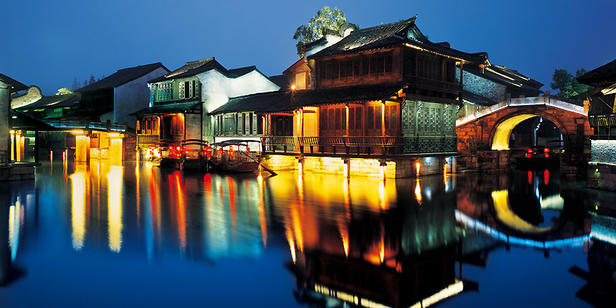