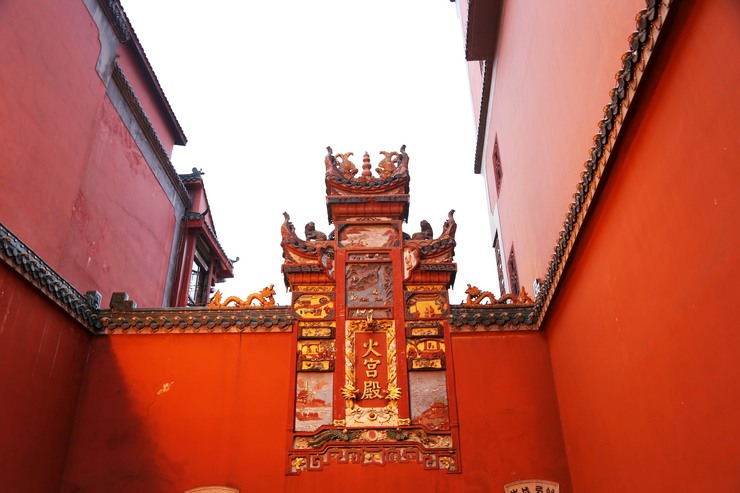 Food (in no particular order)

No.1 Yu Lou East, authentic Hunan (many branches, you can map the navigation from the nearest.)
No.2 Wenhe You Changsha lobster Museum, is well-known crayfish, the address is located in the Xiangjiang River Road Sec. 72, near Du Fu Jiang Court. (This has a lot of shops with the same name, be sure to look for the above address, starting around 4:30 pm, queuing time 1-2 hours start).
No.3 Jinding stinky tofu, Yuelu Mountain South Lake eating street, very conspicuous signs.
No.4 four 娭 (ai soon) 毑 (jie three sound) Stinky tofu, many stores, navigate it yourself.
No.5 old Changsha sausage, egg blast intestine, the address is located in Dongguashan, slope Street, South Gate also.
No.6 black classic stinky tofu, many stores, navigate it.
No.7 all weight barbecue shop, is said to be a star shop.
No.8 alley pigs, located in the south door. 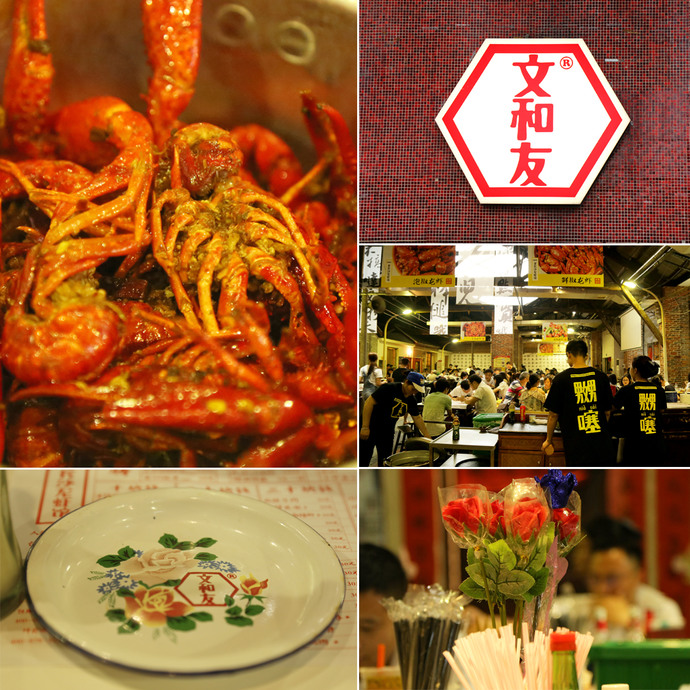 The following text is purely from the processed cellular profiles combined with their own actual feelings of the tour.
Because Changsha, after all, is a city ah, the city should have a standard city ah, go out that step you can open map navigation friends. Tired to take the bus take a taxi, hungry on the various comments site free to find restaurants to eat.
Really, never felt living in the city or traveling is a need to do something special Raiders.
Do not need Raiders, just want to know the attractions you want to go. 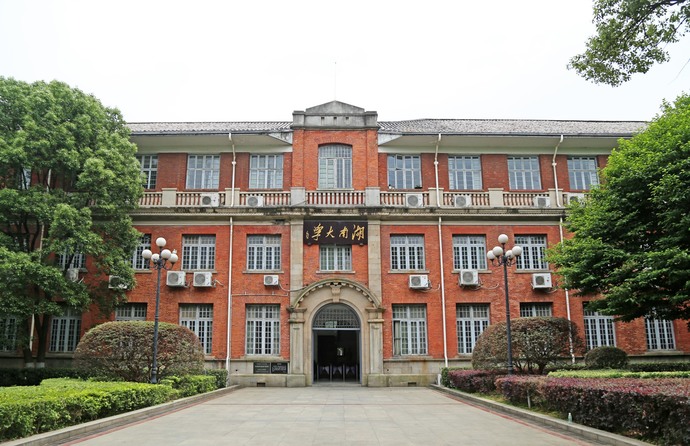 Familiar with everyone familiar with the grandfather of Mao's "Patio Spring. Changsha": "Independent cold autumn, Xiangjiang north, orange Chau." Junior high school has been tortured to death to recite the text, and now only to find, or just remember sporadic Sentences, but feeling mixed concubine can not do wow. . .
Orange Island scenic spot is free tickets, the only cost is a small train 啦, 20 yuan a person. If you want to walk in a circle, then in the summer or a more endurance test.
Chairman Mao's portrait and Chairman Mao's inscription monument are located on the southern tip of the island.
If it happens to be here on Saturday, you can watch a grand fireworks event.
Orange Chau weekend fireworks in the annual May 1 to October 31 every Saturday night 20 minutes and New Year's Day, New Year's Eve, Lantern Festival and other major festivals.
The best viewing point of fireworks is Du Fu Jiang Ge, tickets 11, 58 from the tea. Tea can be returned tickets.
Fireworks show many people, need to book in advance. 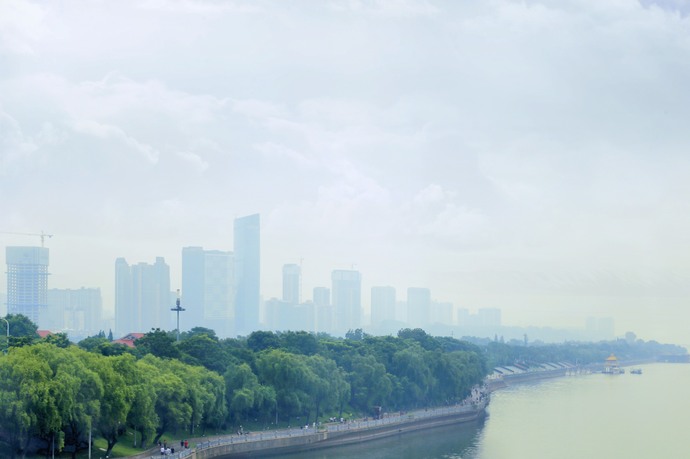 The school where Grandpa Mao had been studying now retains the classrooms and seats that the chairman attended at that time. There are various exhibition halls on the first floor.
Haha, why only this one is introduced, as long as this one is enough.
Address: College Road, Tianxin District, Changsha, Hunan Province No. 356
by 1,122,134,139,160,804,804,901,908 Road and other buses get off at the first Normal Station that is.

The main items are unearthed in Mawangdui, Xin chasing his wife and so on.
Unfortunately, closed in.


Tips:
Just mentioned the Mawangdui, Mawangdui Han Tomb is not particularly necessary to go, because all the unearthed are moved to the museum, Mawangdui Han tomb in addition to an empty pit No. 3, can not see anything. 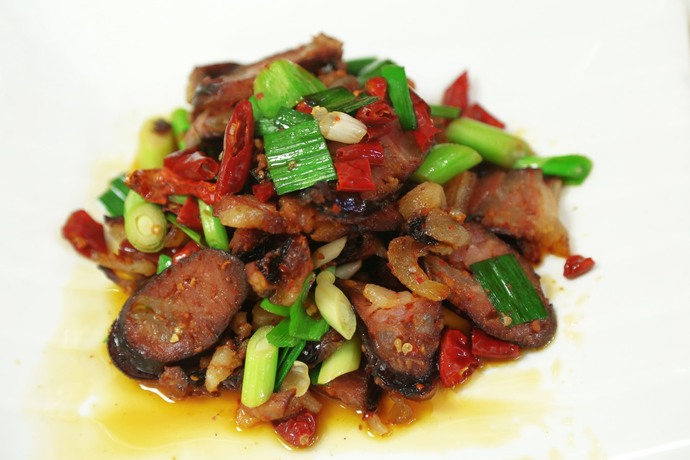 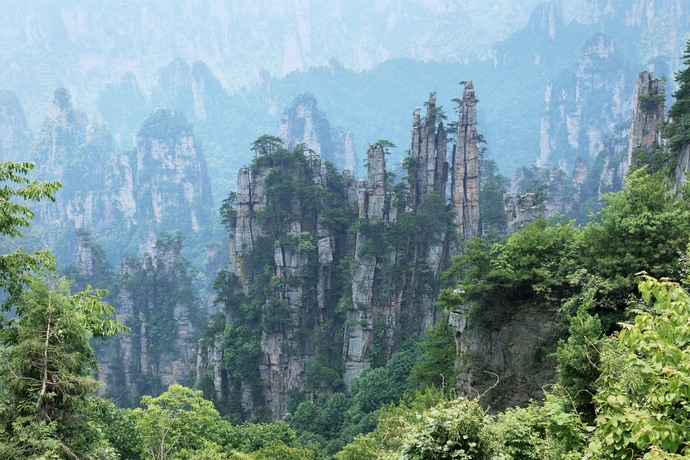 Reference line 1: Forest Park Tickets into the station ---- ----- Oxygen Bar Plaza ----- Kidney Village (recommended climbing ladder, save time, after the same way back, round trip ten kilometers) ---- Huangshi Walled (Huangshi Walled Is a separate area, the mountains and other scenic areas do not want to pass, the recommended ropeway up and down) ----- Jinbulaxiu --- water around the four (---- You can choose to ride the Dragon ladder or climb chaos chase slope ---) Yuanjiajie Scenic Area (Avatar, Optimus Prime, the world's first bridge, even the heart bridge) - Yangjiajie Scenic Area (Wulong Village, Tianbo House, one step ascend to heaven) - Mount Tianzi Scenic Area - Shilihualang - Wulingyuan tickets stand out.

Reference line two: Wulingyuan tickets into the station, and then anti-tour on the trip. 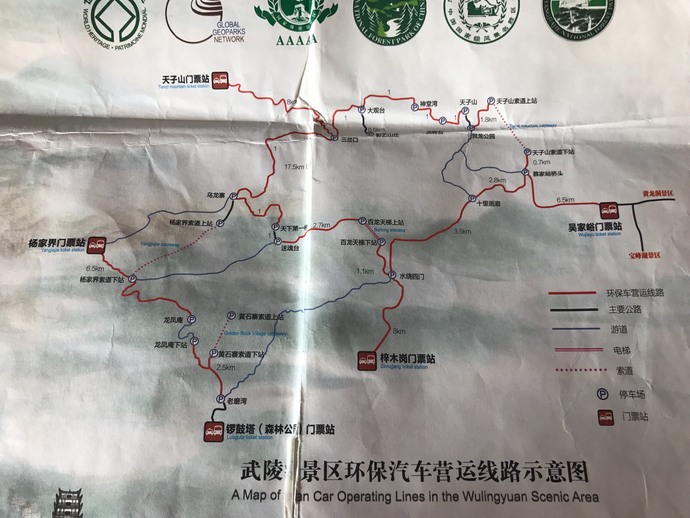 The entire map is too large, only made one, Zhangjiajie Forest Park, a simplified version of the map. 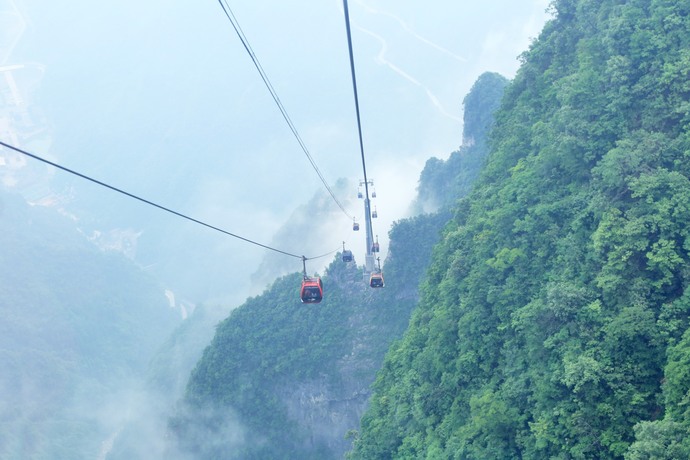 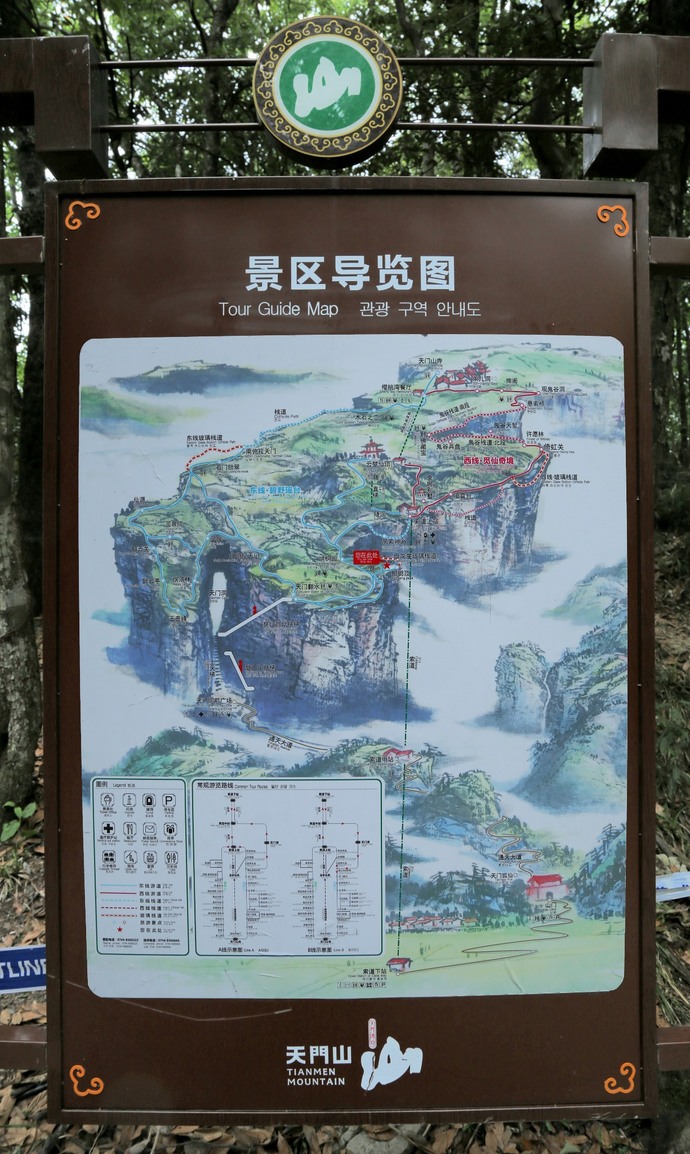 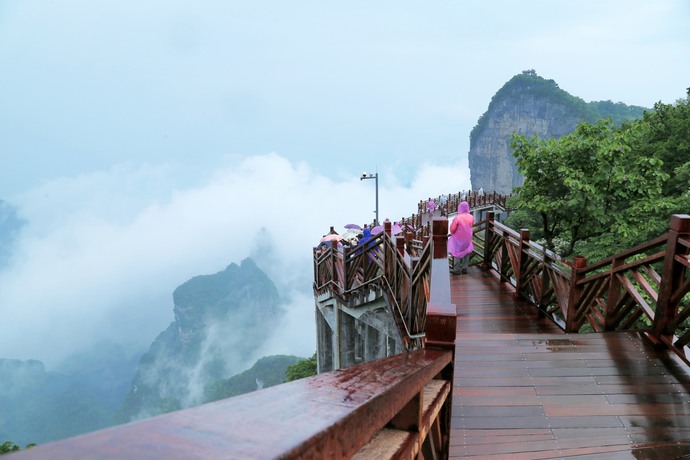 The legendary "you back me in the past, I'll marry you" of the glass bridge area.
Tickets 118 yuan. It is recommended to arrange a trip for about half a day. 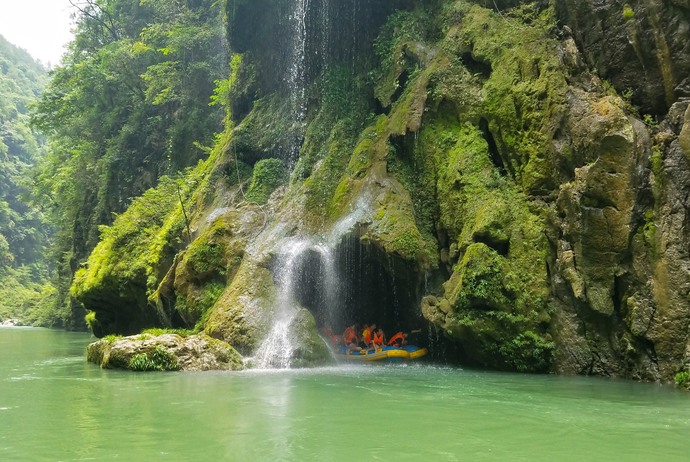 Mengdong River rafting is located in Furong Town, Yongshun County, Xiangxi Autonomous Prefecture, Hunan Province. It is only 40km away from Furong Town. Mengdong River rafting generally spend the night in Hibiscus Town, the next morning ride to the Hani Palace drifting.
Starting from Zhangjiajie: 2 and a half hours by car.
Depart from Jishou: 1 hour drive.
From the ancient city of Phoenix: 2 hours by car. 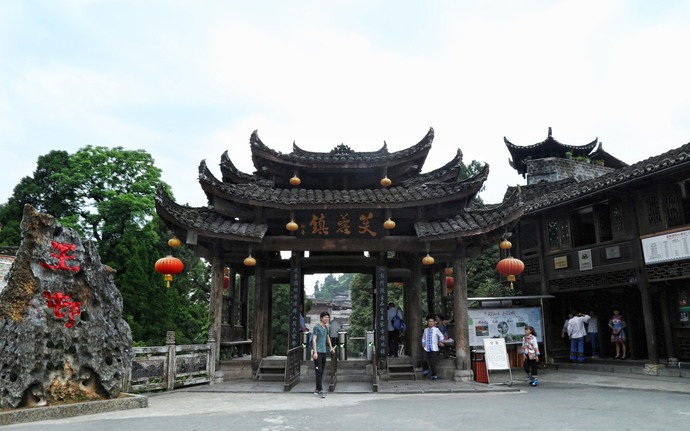 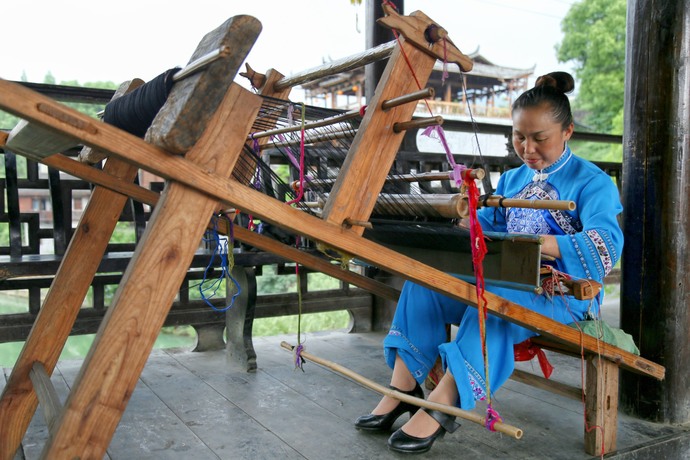 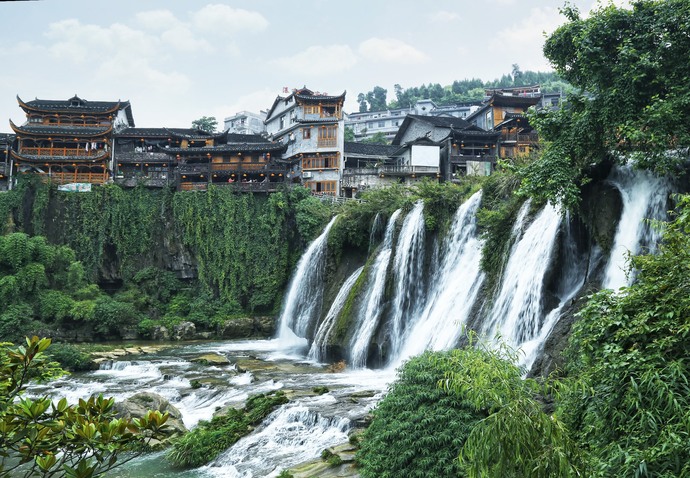 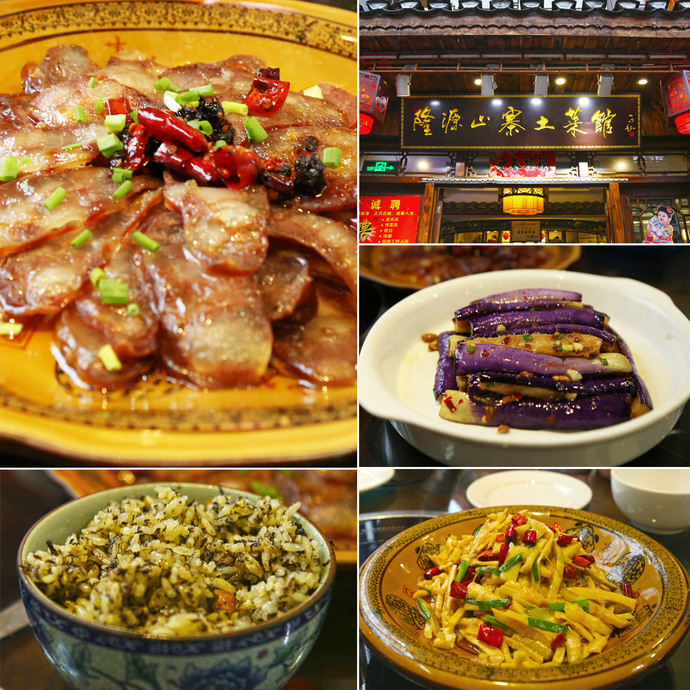 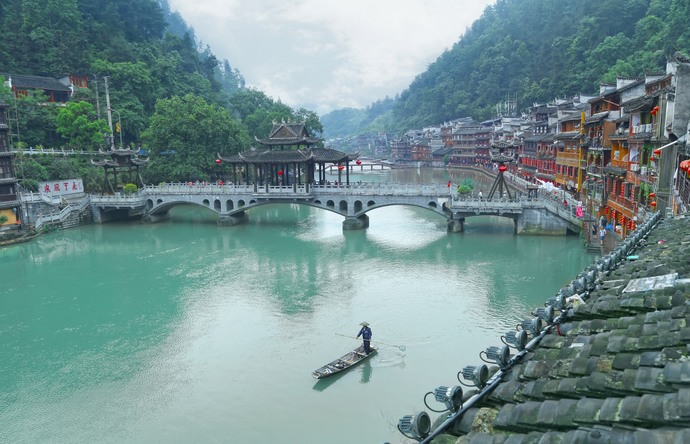 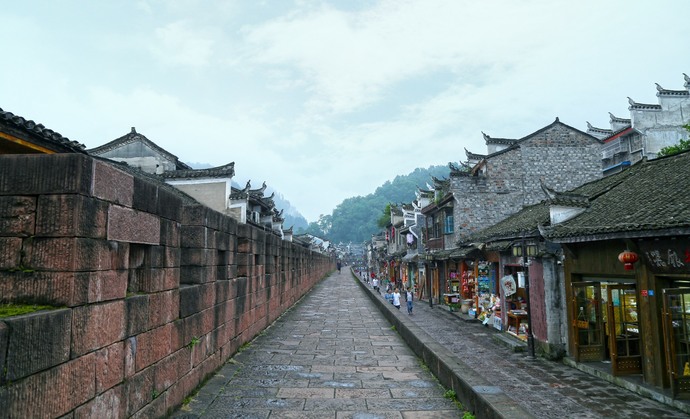 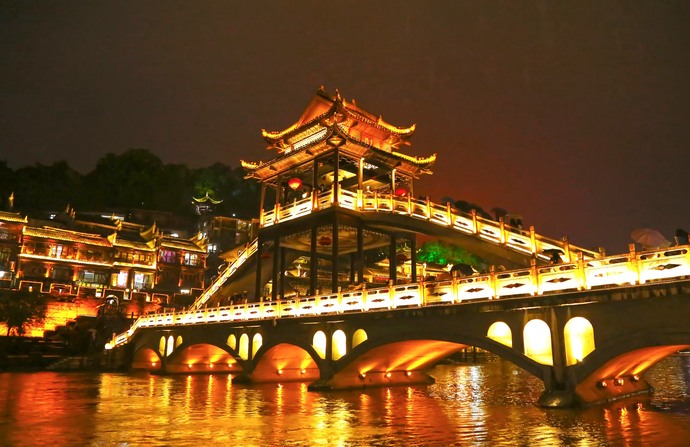 1. Yuelu Mountain Tour Recommended East Gate, South Gate. If direct navigation Yuelu Mountain will be automatically positioned to the South Gate.
Hunan First Normal is very suitable for Shouminguozhao.
2. Snacks Street selection Taiping Street and slope Street (Fire Palace Food City worth a go, there are performances). South Gate Snack Street, we are going to construction, did not see what snacks.
3. Hunan all hotels without toiletries (only for general hotel, five-star said do not know).
4. Tianmenshan a long time is not enough to play, it is recommended to go west, then the east line.
5. Zhangjiajie City - Forest Park Tickets Station - Tickets Station Tianzishan - Wulingyuan ticket stations, can provide baggage at the station and the inn front desk can handle the price of 20 yuan a piece of luggage.
Zhangjiajie Forest Park recommended living in Wulingyuan Tickets Station (belonging to the urban area, convenient accommodation, the price is more normal).
Ding Xiang Rong All hotel inn has been closed, not allowed to open.
Do not live Tianzishan ticket station! ! ! (East, West and South Street add up yet 20 meters, and poor accommodation, poor eating. Chopsticks to eat disposable chopsticks used by others took it for you to use. Of course, I now doubt in the end washable )
Forest Park ticket station is repairing the road, take the bus at the station, 15 a person, the bus last bus is about seven in the evening, start from time to time. If you call yourself, no 200 do not go.
Forest Park Hill between the various attractions [Huangshi Walled (if you want to go, must ride cableway, no scenery along the way, only the stairs and trees), Yangjiajie, Yuanjiajie, Tianzishan】 scenic tour buses have free to reach. (See a lot of with the group and looking for tour guides to be fooled by air-conditioned bus, an additional two hundred and three hundred).
6. Hibiscus town recommended single reported (because of the round-trip is not convenient), do not report Mengdong River - Furong town day trips (all FIT fight mission, and others, to Furong only give an hour , An hour to visit a small town, the driver is out of date.
7. If the ancient city of Phoenix, you can stay for more than one day, Yan Yu Fenghuang really beautiful, suitable for slow.