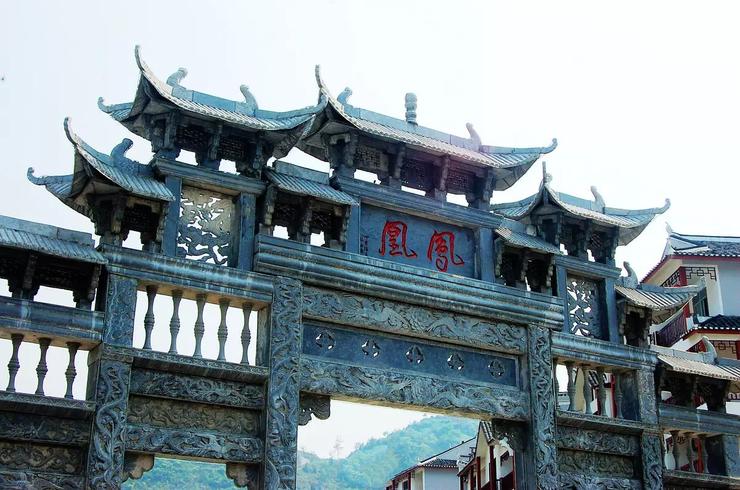 Ancient city has a long history of rich
national flavor
is called "China's most beautiful town." 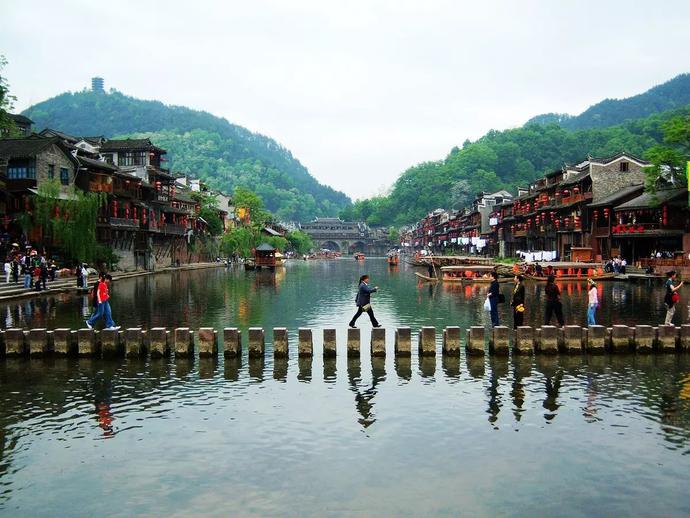 Phoenix southwest, there is a mountain just like the wings of the Phoenix, hence the name of the ancient city. Located in the southwest of Xiangxi Autonomous Prefecture in Hunan Province, the ancient city is a gathering county for ethnic minorities mainly composed of Miao and Tujia nationalities. Literature master Shen Congwen a "border town", the soul of his dreams involved in the hometown depicts a picturesque, dreaming song, soul-stirring, but also to this silent deep town to the world. 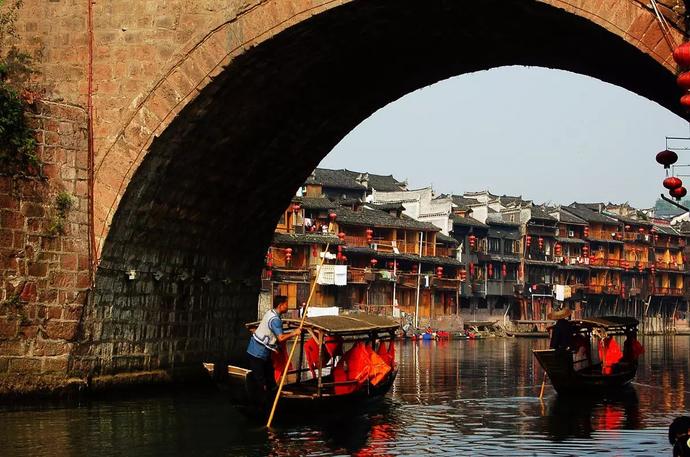 Here is full of rich ancient town culture, Diaojiao Lou nestled in the banks of the river, early morning and night is the most beautiful time of the Phoenix, very few people, but the atmosphere is also very good, if you want to take pictures of the United States and the United States, but do not miss the hour. 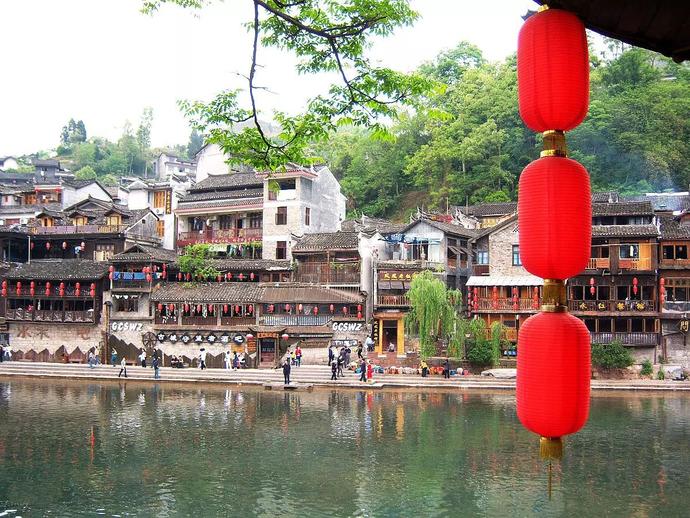 There are many restaurants in Phoenix, there are many selling jewelry, in addition to the river bank hotel, the bar is up, both sides of the houses have done a little decoration, hung the red lanterns, from afar like a string of candied fruit. 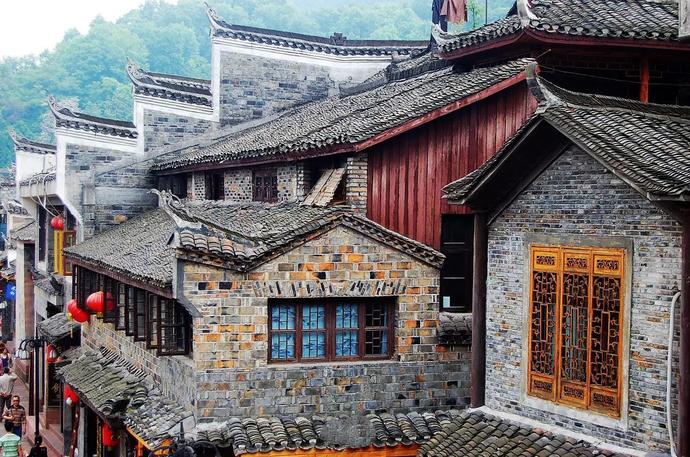 Most of the ancient city of Phoenix housing is a wooden structure, there are two main bungalows and buildings. 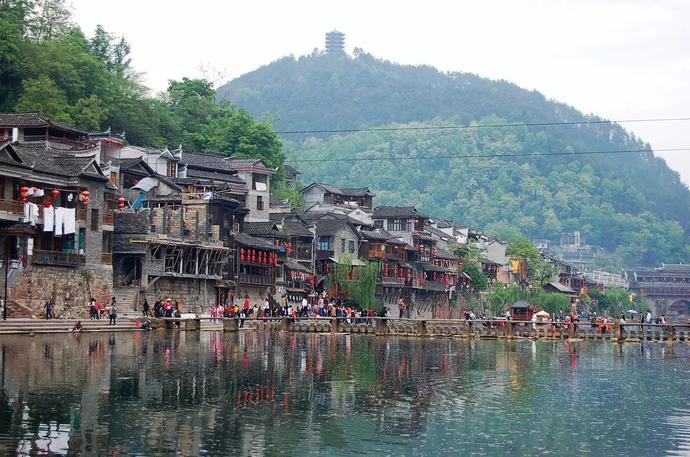 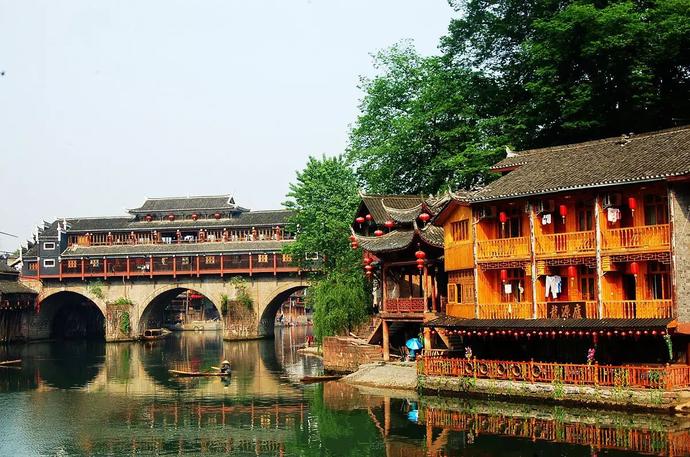 In the Tuojiang, people often see people rushing, some carrying tourists, while others are catching fish inside. 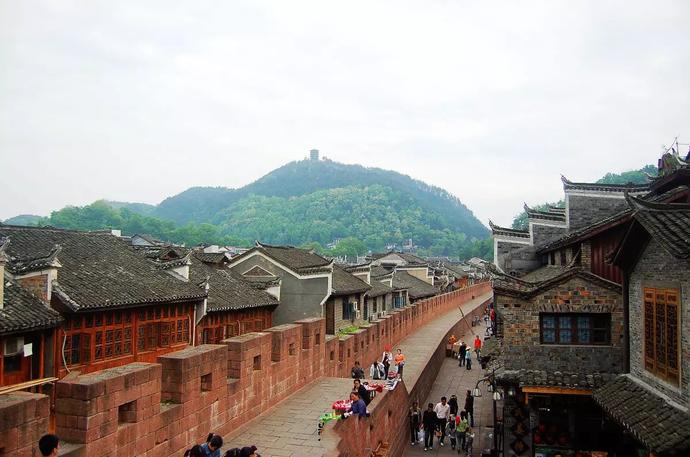 City paved streets criss-cross, simple and elegant, mostly on both sides of the board room, make the national characteristics. 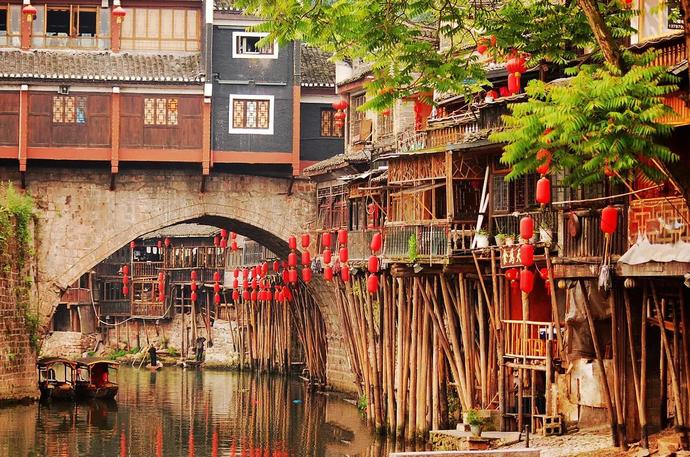 Stand in the water from the stakes, looking ahead, layers, rows, Fenqiang Daiwa pavilions corner. 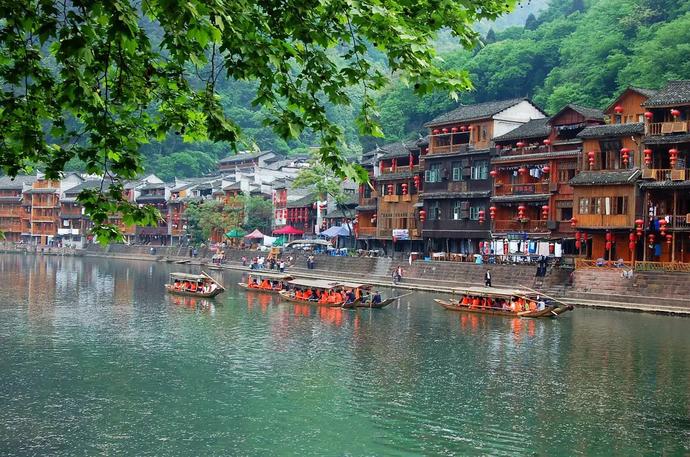 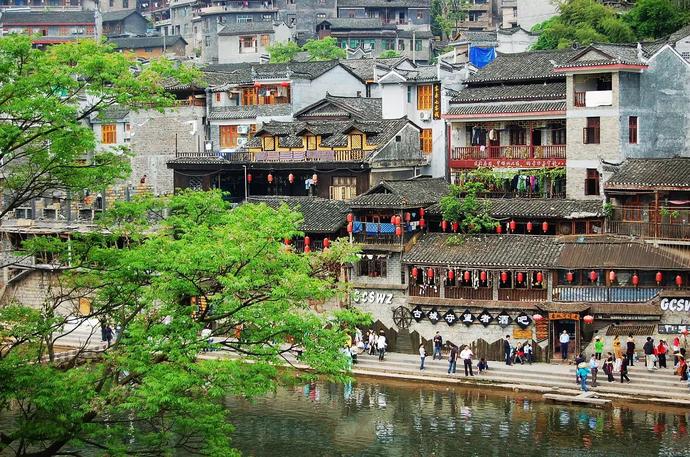 Balcony overlooking the lush branches into the river, on the other side of the house, row upon row. 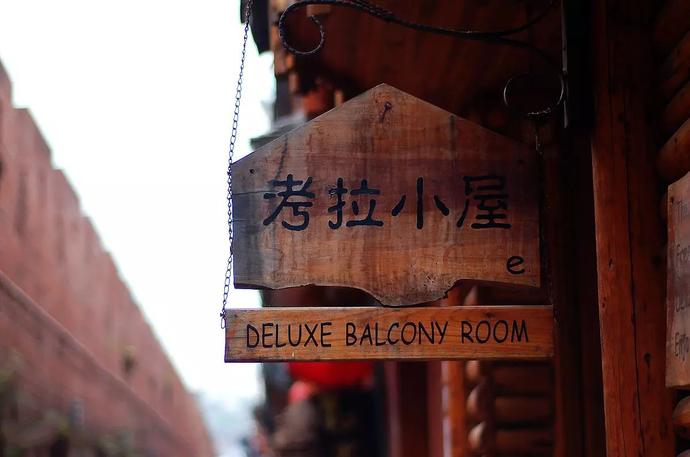 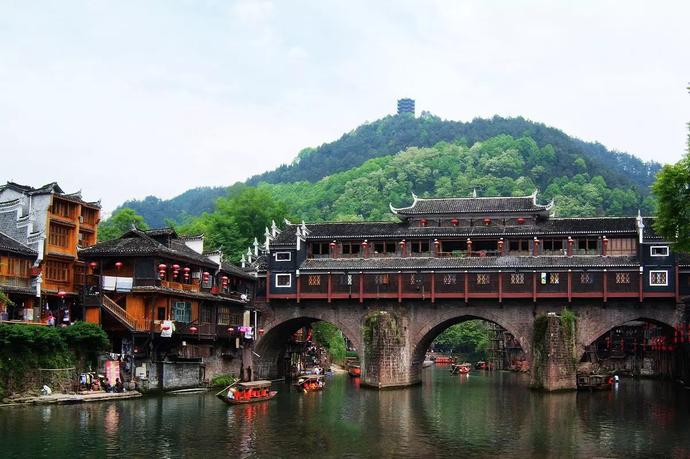 Rafting in the river, found the other side of the ancient city of beauty. 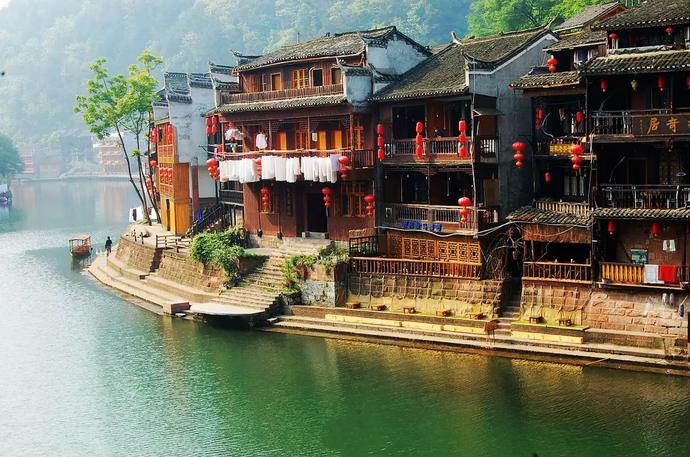 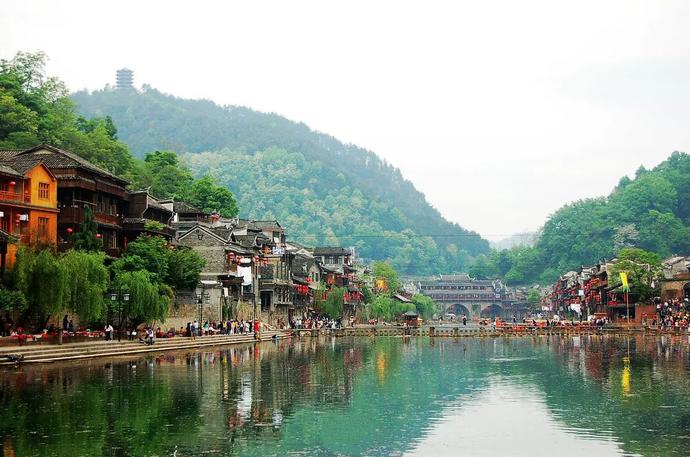 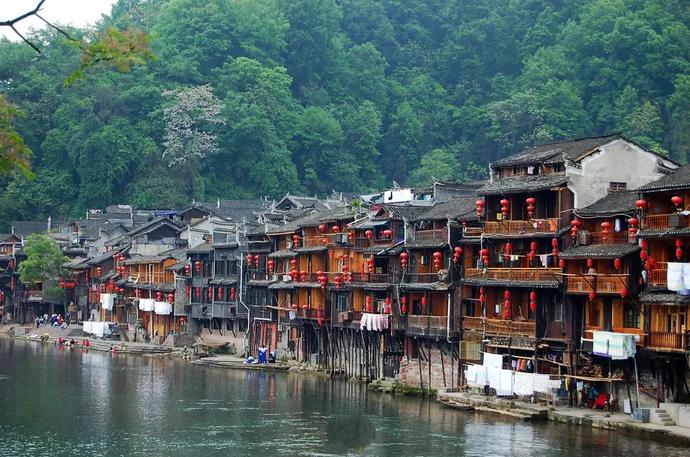