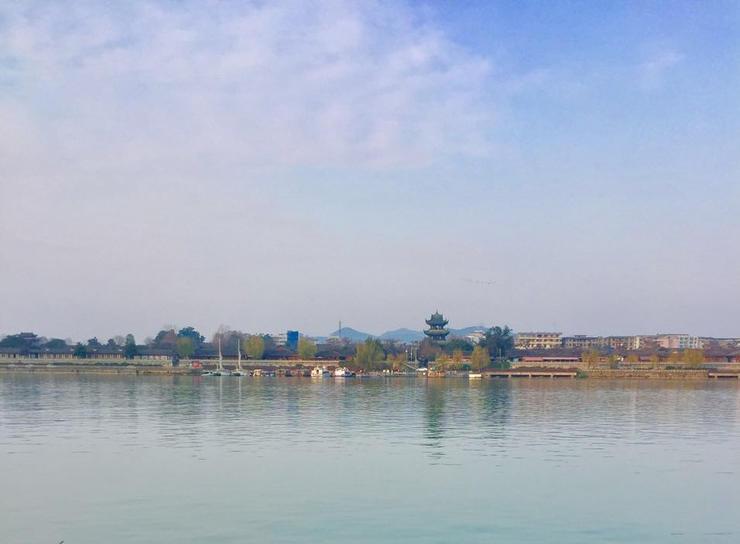 Because of its architectural style, the appearance and the ancient style are similar and the beautiful scenery has been said to be immortal living place, there is "Tiantai Yao Chi, underground Yuen Court," said.

Langzhong scenery of human beauty will not repeat them. Because the most let me cherish the dream, is all kinds of forest, a wide variety of snack food features: (start zooming, eat goods welfare ah)

Red buns, because the owner surnamed Zhao, hence the name "Zhao buns", and Zhao Yun without half a dime relationship. It is best to eat the secret before the oil dish a piece of fat in the bun, tender and tender, light sip, tongue has touched meat. Just a lot of juice just right, rolled meat flutter in the teeth, still aftertaste, the red spicy incense, and the formation of a sense of hierarchy with meat. And then a special bones soup, oil Chu beads floating on a few green onion, like life, rich and poor alternately ups and downs. So far, meaty, spicy incense, onion, soup incense one after another, such as wind and wheat waves in general, rolling, fascinated, internal organs have been flying out of six world outside ... 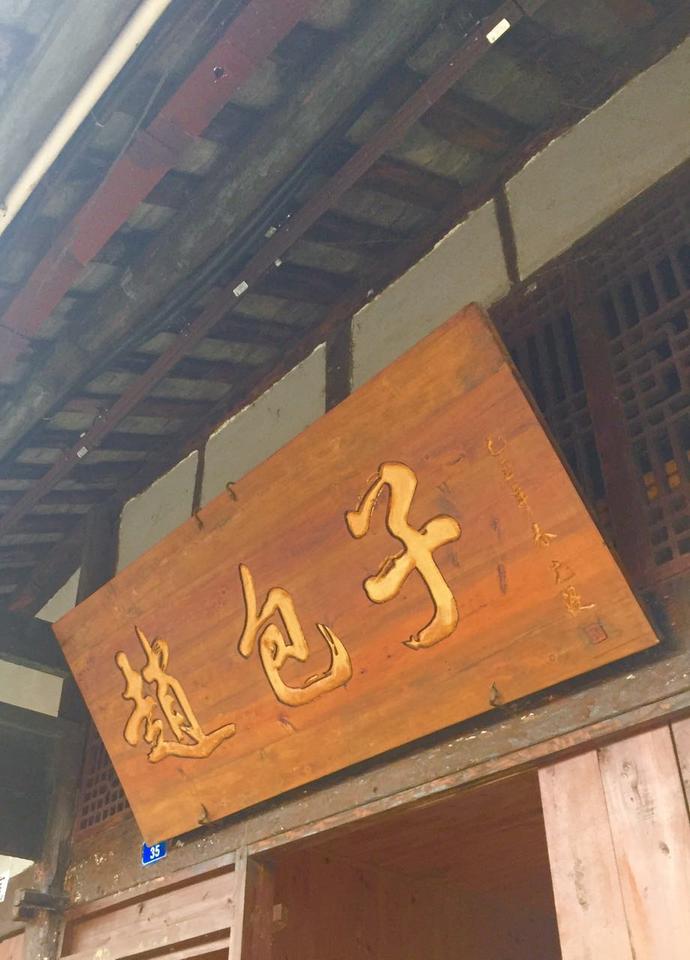 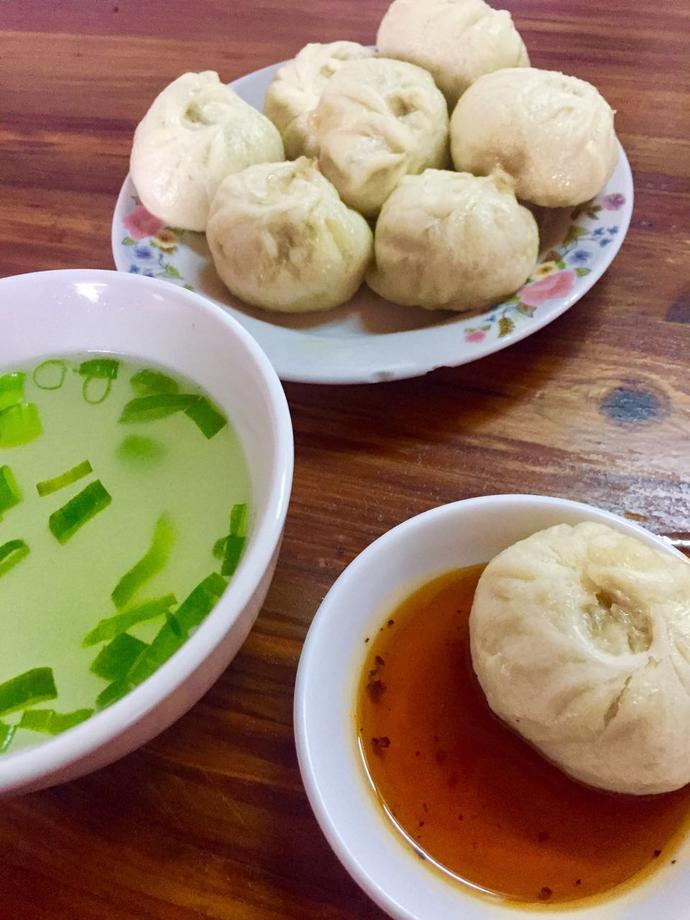 馓 read san, prickly heat - fried with oil and water from the rubbing system, the color Huang Liang, cascading display, crisp and delicious. Su Dongpo Song Dynasty, "a cold" poem: "Slender hand rub into the number of jade search, green fried deep yellow .Night to sleep in the spring without severity, pressure 褊 beautiful woman wrapped arm." Camellia - by the rice paste, crisp soybeans, peanuts, Rutabaga, coupled with salt, pepper noodles, chili oil, MSG, green onion, and even food. When eating, take a pair of prickly heat drunk evenly sprinkled on the tea, scoop with a spoon to eat, razor light crisp and velvety tea smooth in the tongue collide, the two ultimate collision and kneading, prickly heat The heat of the cold and oil tea is like a fiery five days. You eat not only Camellia prickly heat, eating is life sentiment, eating is warm and cold feelings, eating is back to basics like the taste of love ... ... 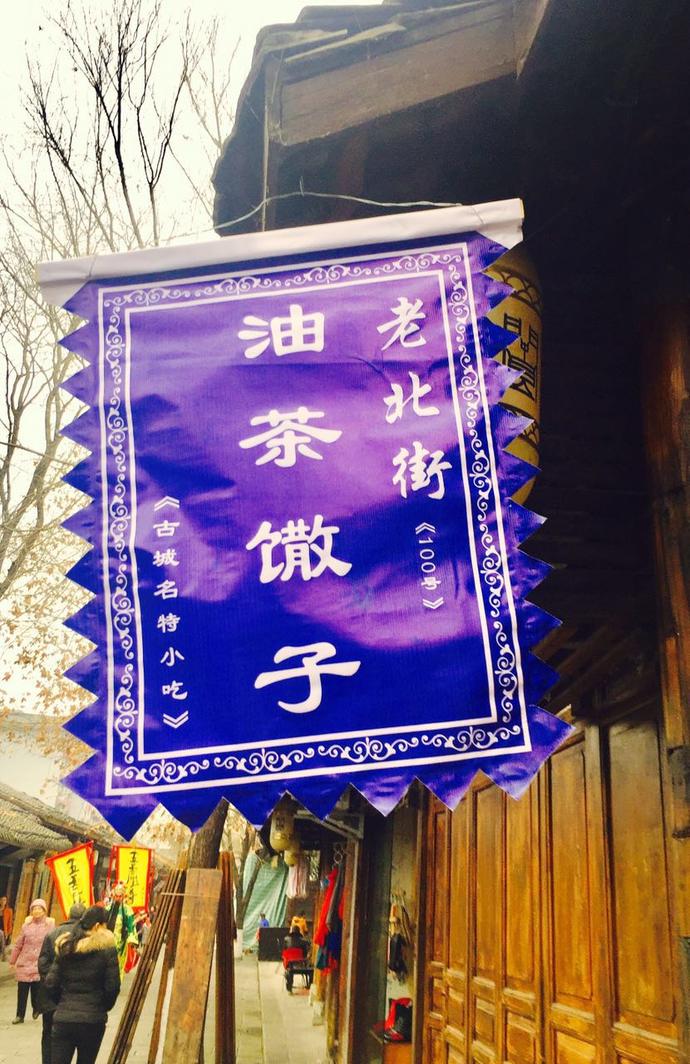 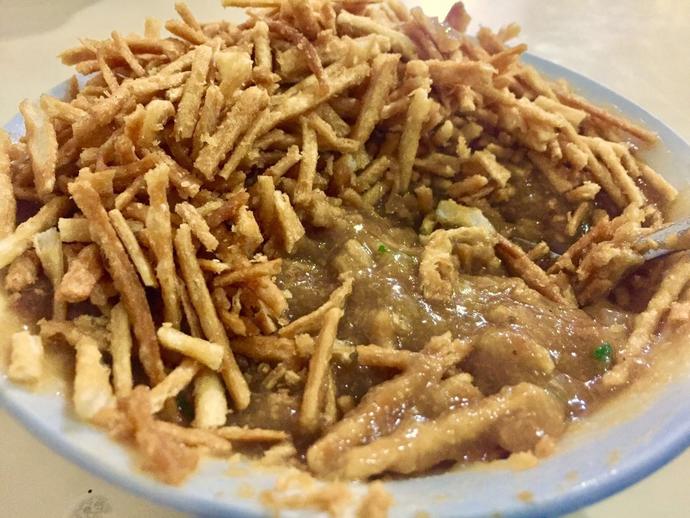 Muslim lamb noodles is one of the Langzhong Hui snacks, Langzhong Hui mainly south of the Yuan Dynasty with the end of the Song Dynasty, and its ancestors mostly Hongwu years in Xi'an, Shaanxi and Dali, Yunnan. The prosperity of Langzhong has led many Muslims to settle down here. At present Langzhong belongs to the more Muslim areas in Sichuan and built the magnificent Baba Temple. Lamb noodles not only lamb noodles, including lamb noodles, sheep miscellaneous noodles, net lamb, net Sheep miscellaneous, the door to the boss that I want to be a sophisticated experience, and soon a bowl of steaming lamb mixed miscellaneous noodles and a bowl of lamb Mixed sheep has been to the front, aroma fragrant. Langzhong mutton sheep than Chengdu less smelly taste, a little more delicate, first eat the net mutton miscellaneous, Ann mouth belly cold, do not drink a soup, to the noodles to leave space. Noodle is a wide noodles, do not cover the mutton miscellaneous fresh, do not grab mutton miscellaneous tender, a lot of mutton miscellaneous fragrance, but do not have a flavor. Summarize two or three garlic squeezed at the fingertips, two or three noodles on a 囗 garlic, spicy 膻 incense repeatedly ravaged the taste buds, eat noodles do not drink noodle soup, only to drink clean sheep mutton soup, as if Hui Long feel, the second spring general , So that the climax to more intense, this time the forehead has been slightly sweating, fascinated, enjoyable ... After eating mutton garlic face want to kiss your girl, married it! 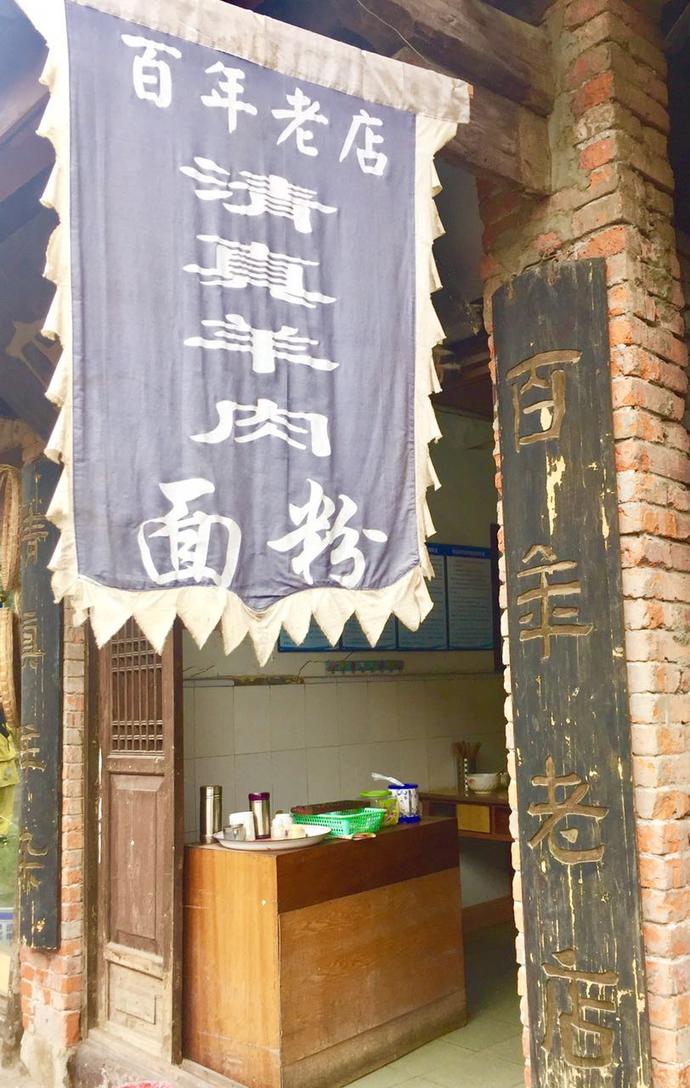 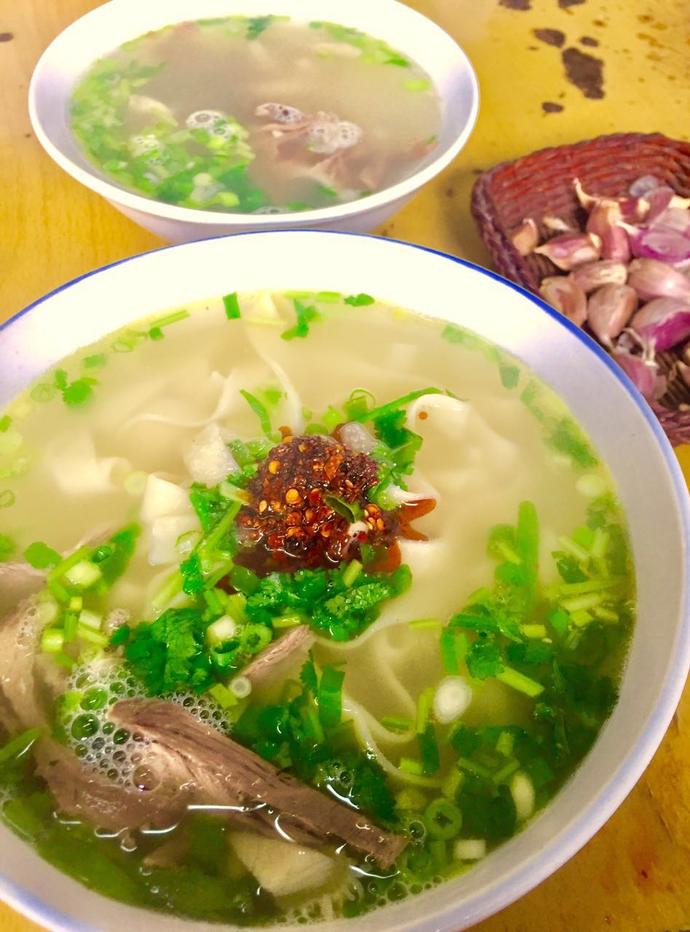 This non-powder pink, addicted please bypass, Langzhong rice noodles, is actually equivalent to Chengdu rice noodles, but a little thicker, a little softer. Food through the intestines, hope it troubles. As soon as the beef noodles were served, the fragrance was dispersed and people were flying out of the Three Realms. Oil red cabbage green, garlic white green. Lightly roll the rice noodles with chopsticks into the lip, lightly touch the tip of the tongue, and immediately roll the tongue toward the tongue and sliver the tongue to burst the delicious beef flavor, wrapped in coriander, green onion flavor, roll back to the tongue, Nose wing. Followed by a soup on the original, more wins the beauty of the world numerous. It turned out that life is not just in front of Gou, there are poems and far fields! After all, the years are quiet ... 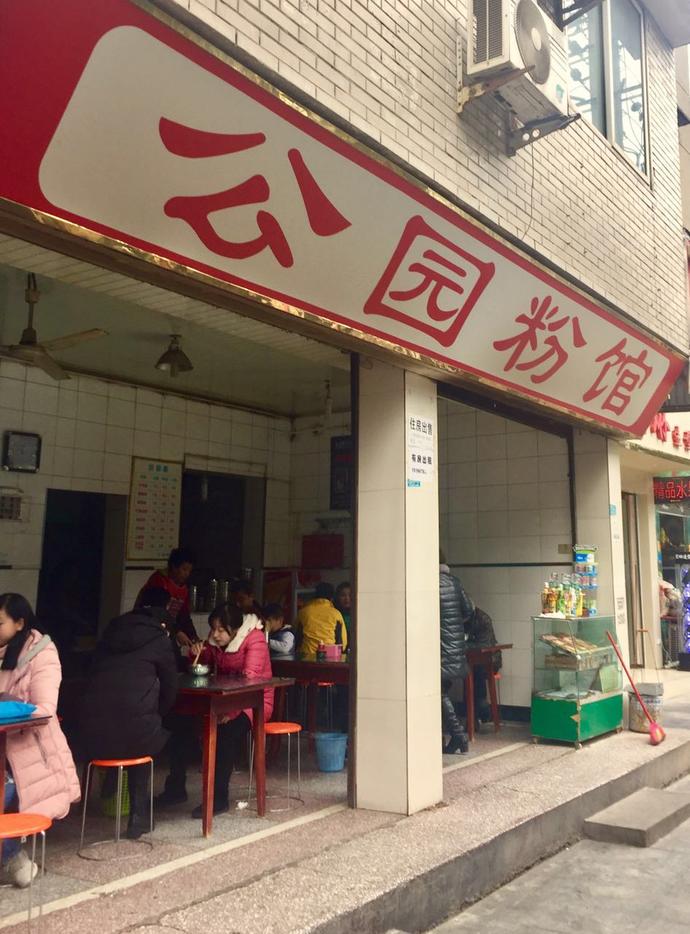 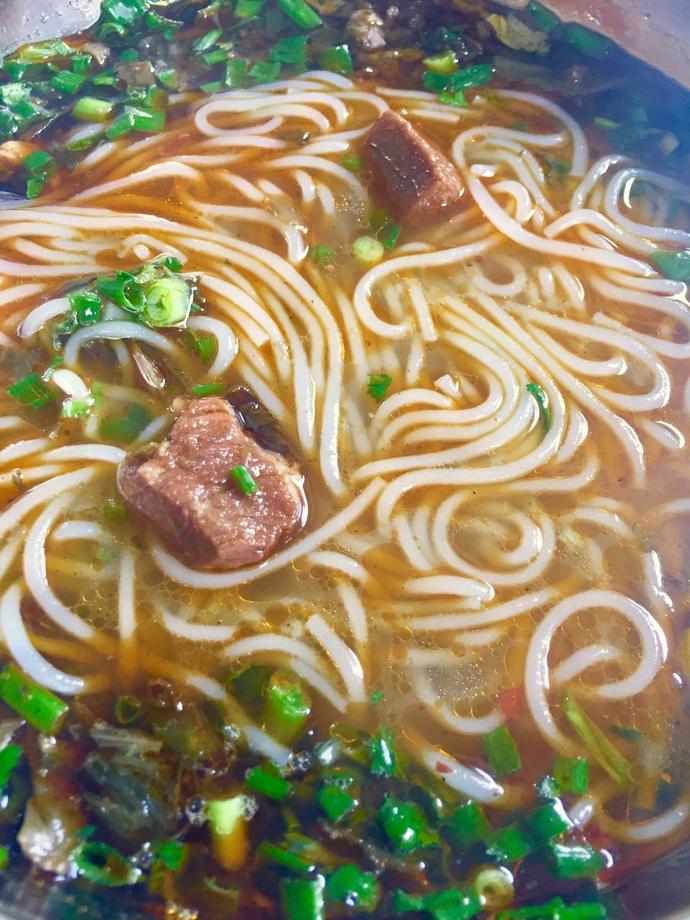 Langzhong ten strange "cold noodles hot to sell", choose the fresh noodles boil picked up the pan, spread cold, mix well with sesame oil. Noodles silk golden oil, scattered and not sticky. Cool noodles reflect the characteristics of prickly heat: the fresh beef cut into pieces of thumb size, add watercress, sauce, Ya Nana, star anise, pepper and other spices simmer 粑, and then add water with wet bean powder into a paste, and then special brown sugar color , Micro-fire standby. When eating, put a little leek in the bowl, bean sprouts, celery to do the end, and then put noodles, add spices, especially saute dried noodles, topped with hot razor mix. Hot and not hot, warm but not cool, spicy delicious, long aftertaste, suitable for four seasons, young and old love, home travel to share. If you say that Camellia prickly heat is love, then Langzhong cold noodles is the first love, because she gives you a special, gentle, silky touch will make you love at a glance, unable to stop! 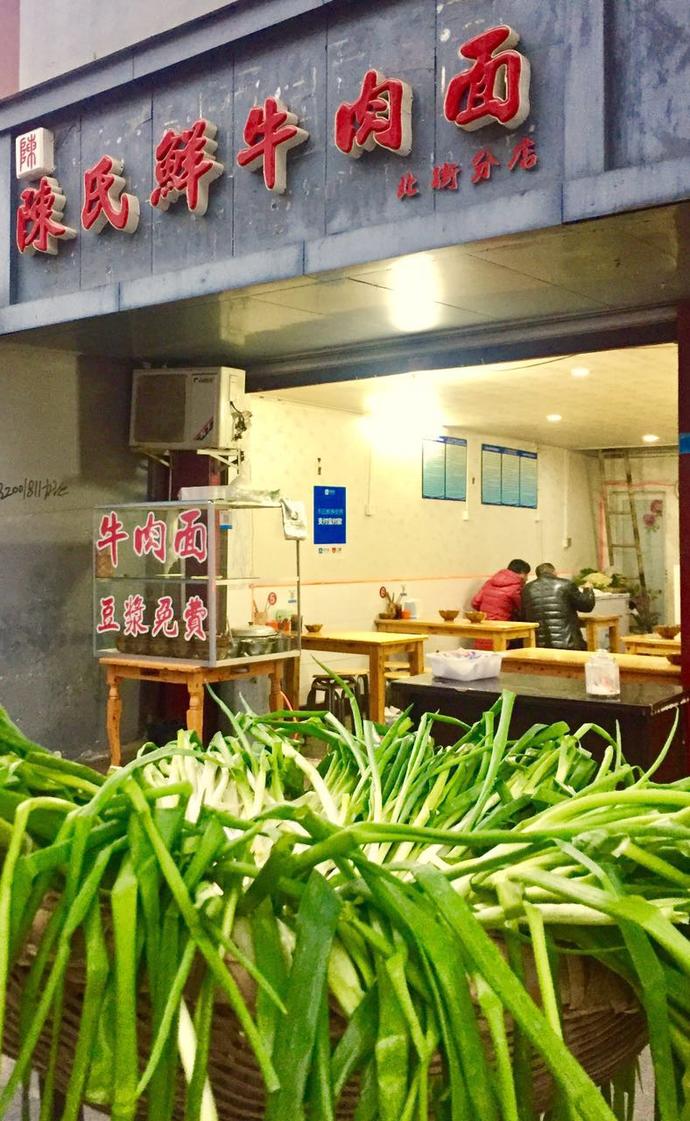 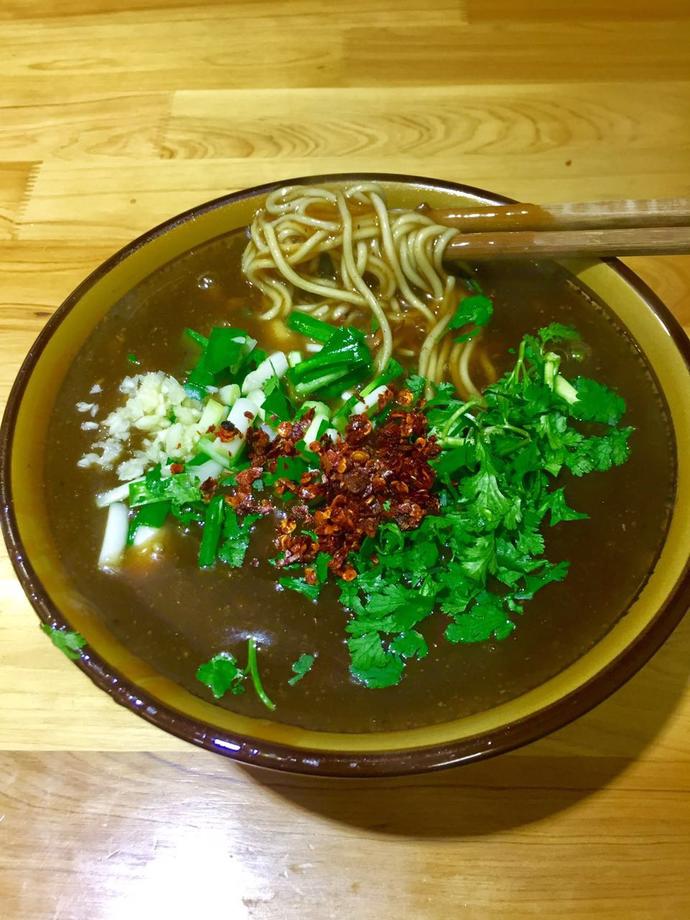 North Sichuan pot helmet is different from Chengdu, Tuen Mun helmet oil big and brittle hard, known outside the hard inside soft. Production, the surface rubbed to form a strip and then rubbed, kneaded into a few paragraphs and then rub to form a tablet with spices and then rub shape, so that it eventually became a ring shape, placed on the grill on the soil oven, with Press the fingertips and then rub until the surface slightly yellowing, clear lifting stove, eating bite hard shell, hot sandwiched in the inner core, spewing out, the core is soft, layers, continuous. Hard to pull open into a hole, the folder to the North Sichuan jelly, or with the lamb noodles, the effect is even more, the secret is to rub to rub the love of the way to treat the helmet, she will return you with gentle and charming ... ... 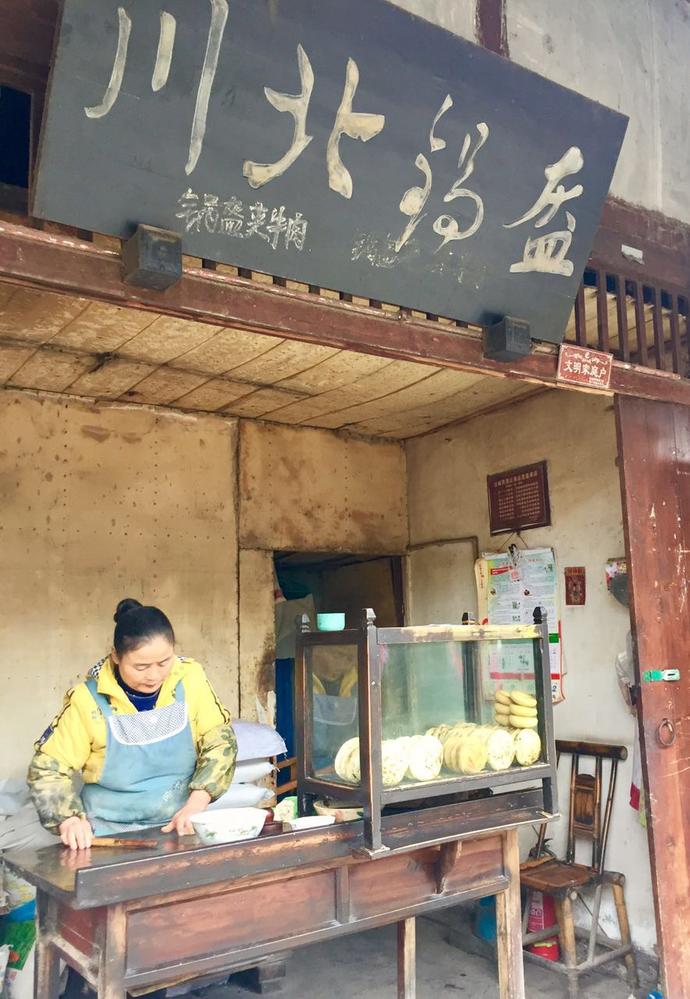 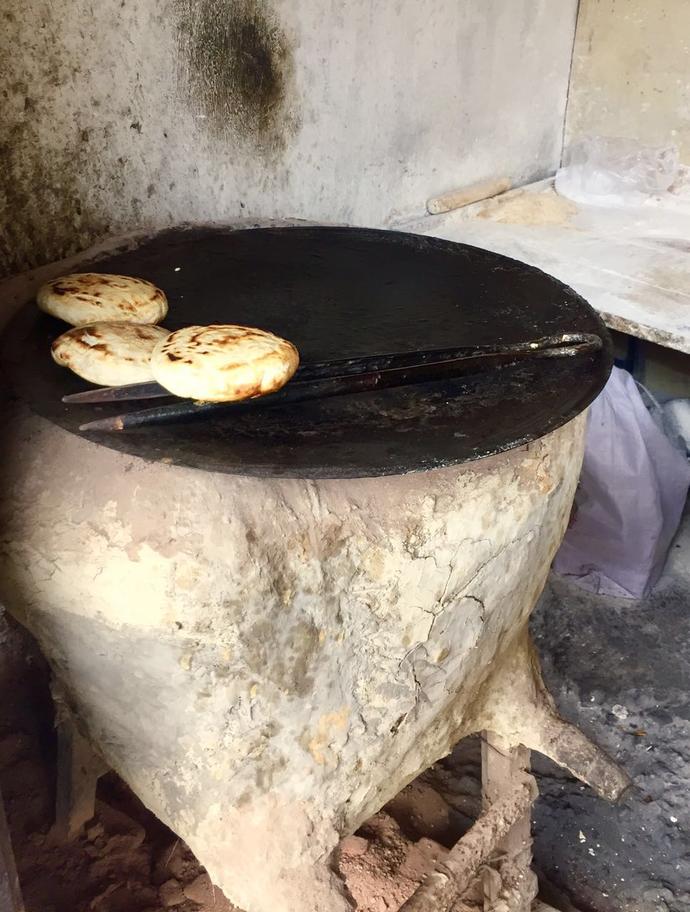 Still is pasta, still can be cold food can be hot, Hui's understanding of the pot and the helmet is not the same, the Han more back to basics, the Hui more greedy, may be more difficult for migrants to move in the long run, they need Larger physical strength as a mobile and reproductive nutrition, sweet and sweet, the secret is sesame, sweet and sour mixed with sesame seeds, eat, destined to your life, will only lose the watermelon sesame seeds, because too tasty, why should let I tasted this delicious sesame seeds, I may not have a lifetime later. 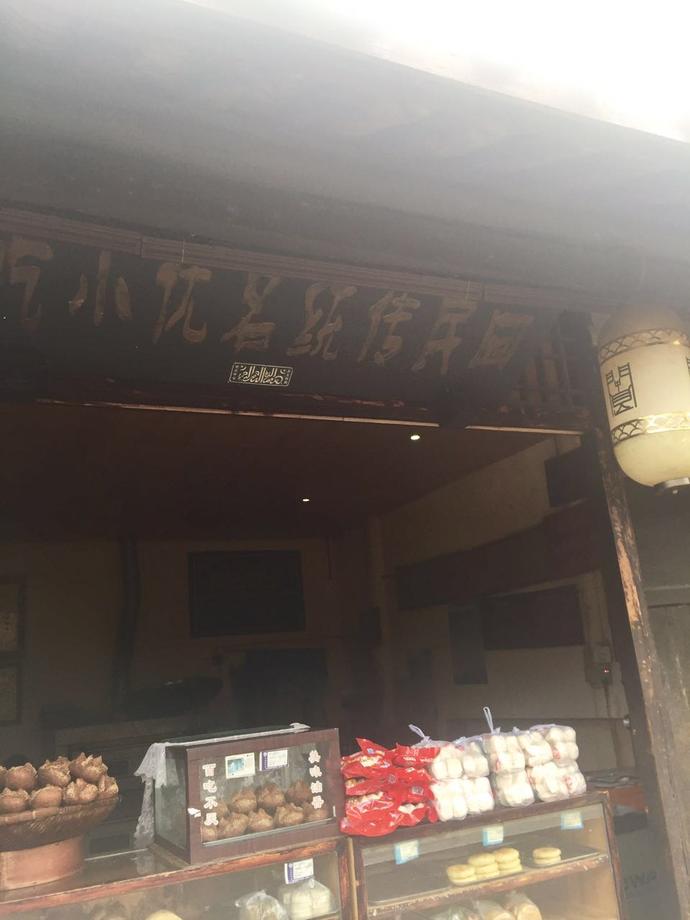 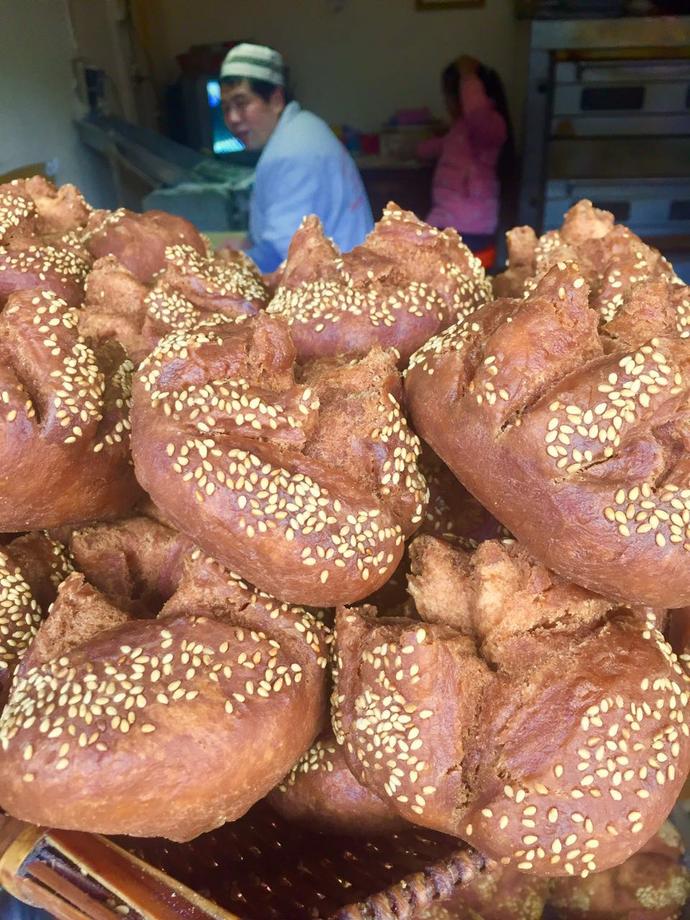 For this store, I do not want to say anything, because you as a tourist, not necessarily to buy. Every day before 4:30 pm to start selling, mostly locals book, usually sold out two or three hours, you are not going to the way Leung Ka Keung, playing cell phone in line when, or just been discharged to the light of the regret in. Do not want to comment on the taste, because you may not be able to buy, only by the regret of life, Langzhong original Lu Cai, homes me who ...... 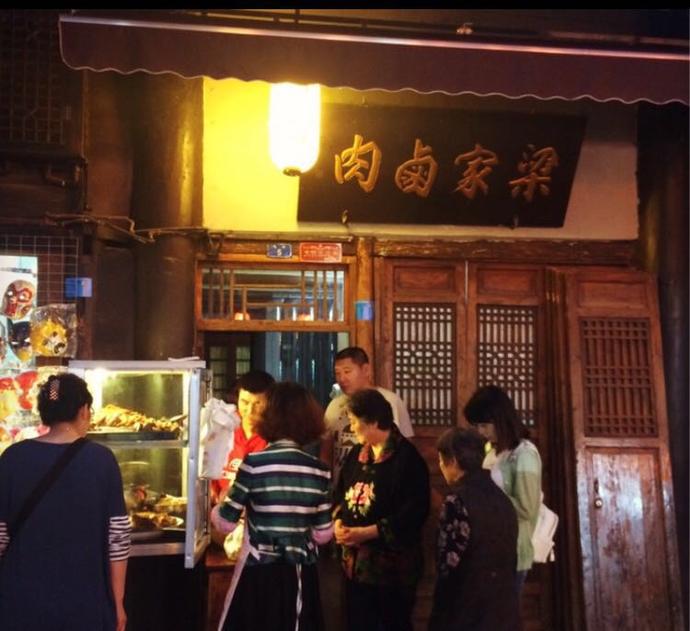 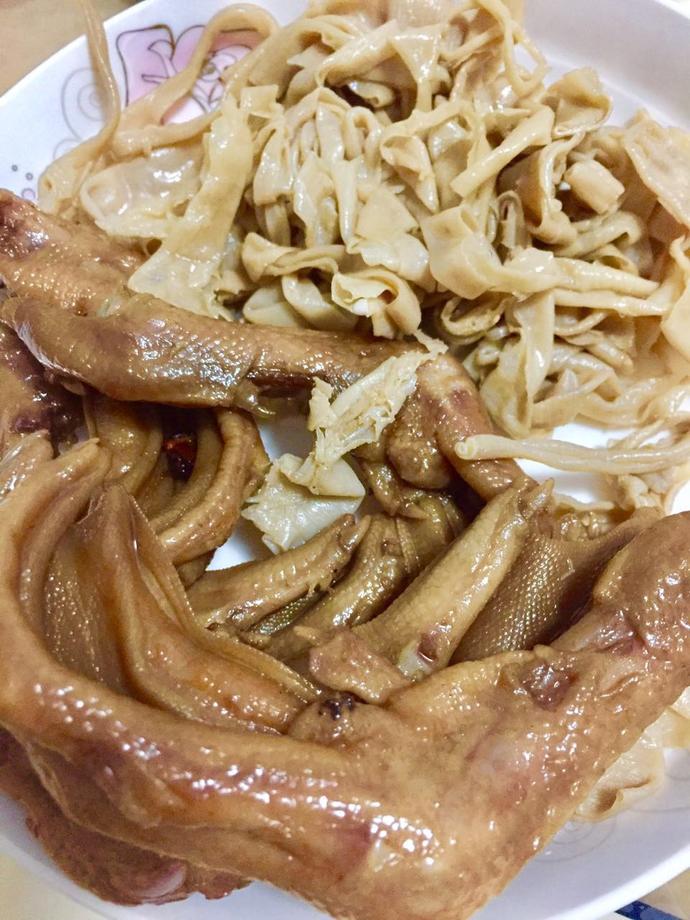 Its name suggests, must point miscellaneous miso noodles, Langzhong Miso miso has decades of history, and its characteristics is the combination of the practice of northern noodles and Sichuan spicy refreshing features, color, smell and taste. "Chiang Miso" is Langzhong's most famous miso noodle restaurant, so "Chiang Miso" has become synonymous with Langzhong miso.
If the pickled bean curd Sang Hing than a woman, then Jiang miso is a man, strong flavor, Kong Wu powerful.
In addition to selling miscellaneous miso miso side, "Seven Star pig hand" also can not be neglected, with a small steamer steamed rare curly pig's trotters, poured into the specially prepared spicy sauce, the entrance that is, the fertilizer is not greasy, Spicy delicious, in fact, share appetite. But here, if you roar "like a good forefinger" like the old lady in Chengdu, they do not understand. 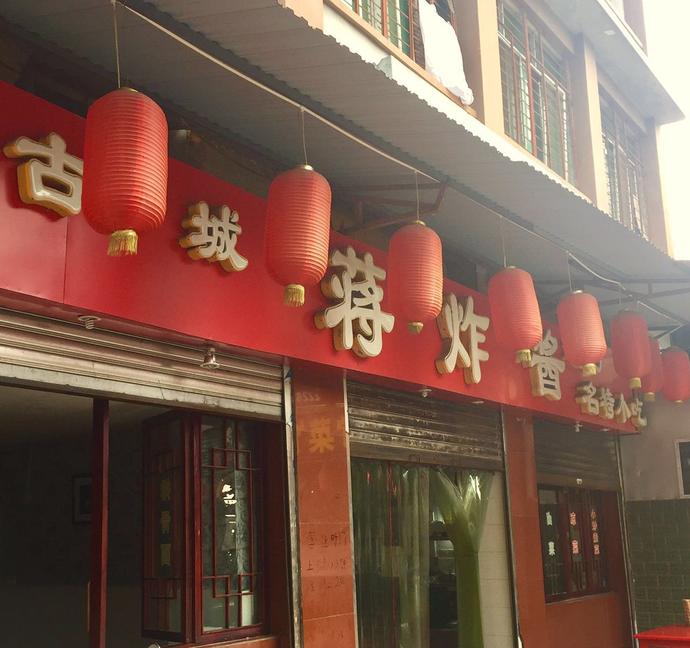 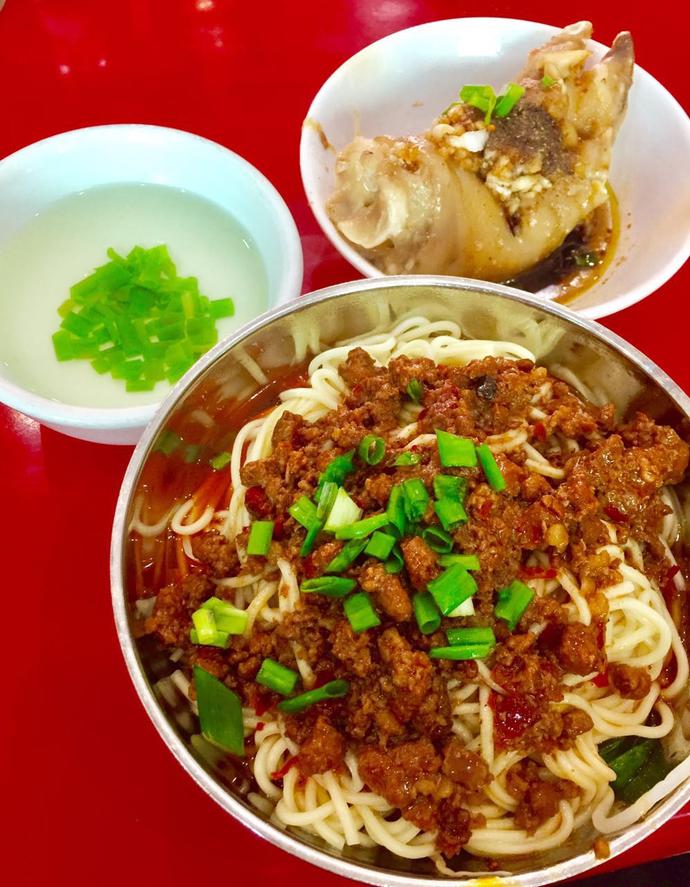 In the late Qing Dynasty, Langzhong Xiaxin Street had a family name funeral, a small business selling sauerkraut. Next to the new street near the Jialing River pier, the funeral home try to use cheap pickled cabbage, pickled noodles made for sale to those who can not afford the money to eat. To the fourth generation of funeral wishes, he worked hard to make sauerkraut son, with pickled water bean curd, bean curd boiled sauerkraut, seasoning boil vinegar, continuous trial, improve, gradually, the poor people Pickled noodles, made of a hot and sour refreshing, fragrant solution tired, unique flavor of snacks.

Sour sauerkraut is made of pickled cabbage and fresh noodles made of pickled cabbage made of good vegetables. After several panning, cut into filaments, add rapeseed oil, pepper noodles, ginger, pepper fried, and then add some bean curd water, simmer simmer stew, and then put on the bean curd, made of prickly heat. In fact, sauerkraut only maintain the fragrance of vegetables, cooked soup was white, so some people mistakenly think it is chicken soup.

Sour pickled noodles, in fact, is also a special boiled boryeong vinegar flavor. Beancurd also do not point brine, but the sour pickled cabbage, so fragrant delicate bean. When eating, but also put coriander, garlic, Chunya, red oil and so on. A real bowl of sauerkraut flowers, more expensive than meat clam! 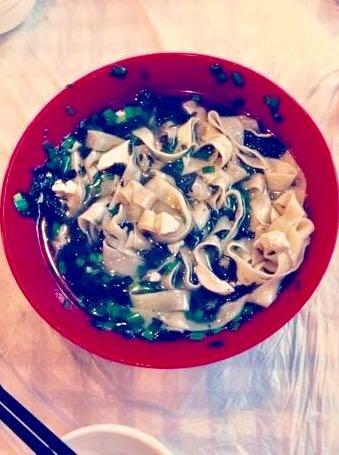 Why these three as a? Because they are known as "Wan Wan San Jue", fame too much, do not write well. Langzhong ten strange this Colombian accounted for three strange - bread cover, vinegar when the drink sold, beef black to sell. However, under the famous, in fact, difficult to associate. You want to eat, in fact, do not have to go to Langzhong, Chengdu can be bought everywhere, but tourists buy Zhang Fei beef, Langzhong locals buy Zhenhua beef. If you want to try these three elders in Langzhong, you can order a dish at most of the Chinese restaurants, called "Wan Wan San Jue", which is a famous Langzhong chef and will do this together. This dish does not point regret for a lifetime, point regret for a while. 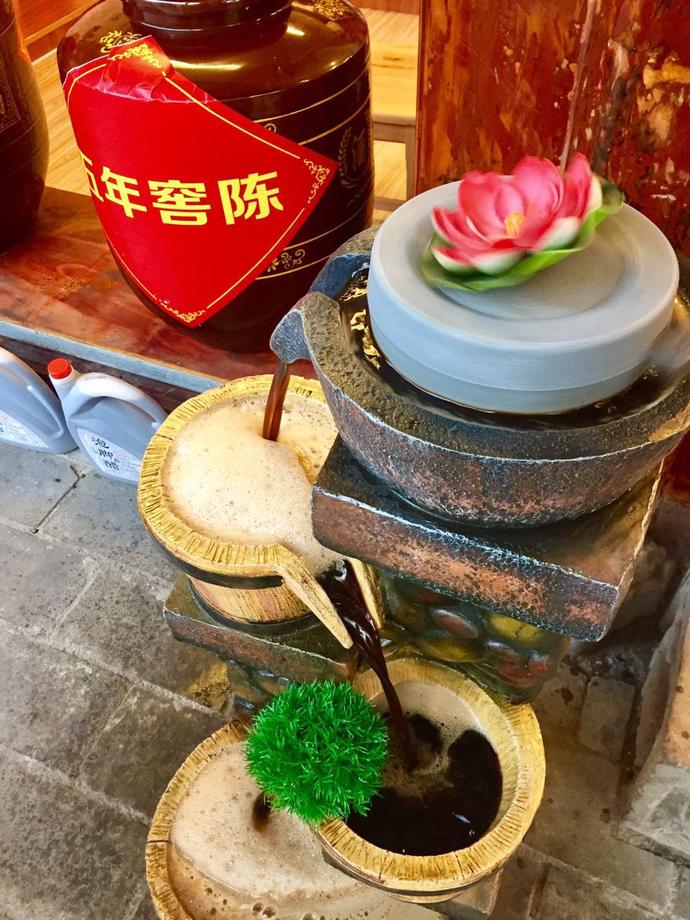 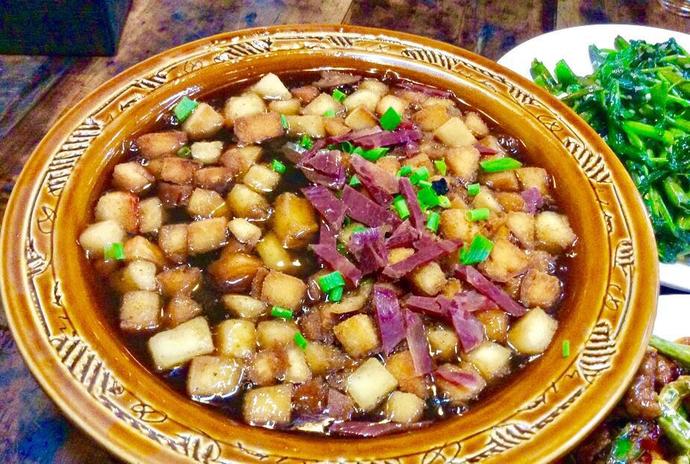 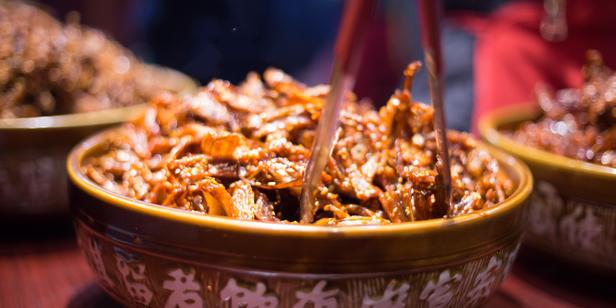 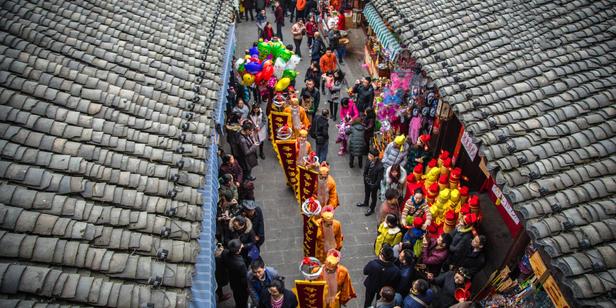