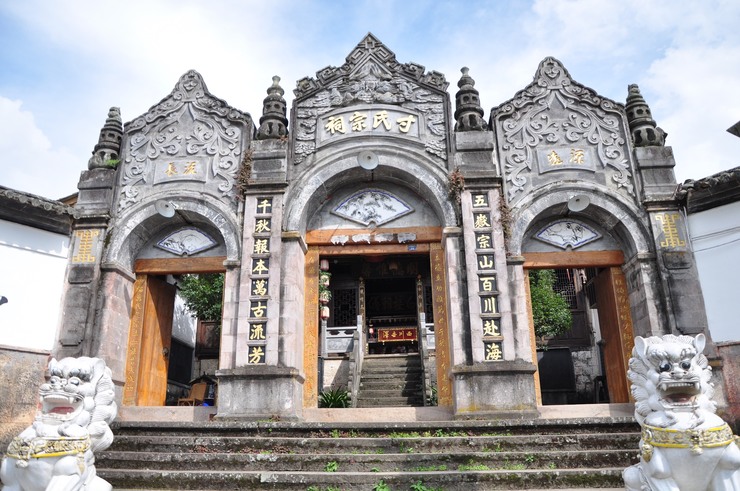 The main rites in the ancestral hall—named the ancestral priests—have been magistrates in charge of management of the whole family, as well as the positions of Zong Zheng and Zong Zhi. Zongxi embodies the characteristics of the patriarchal system and the integration of the country and the country. It is a place to unite national unity. It is often the most magnificent and decorative building group in urban and rural areas. It is spectacular and infused with the essence of Han traditional culture, with ancient towers and ancient buildings. Bridges and ancient temples have become a unique cultural landscape in the local area and represent the level of local economic development and the Confucian culture of the Han nationality. 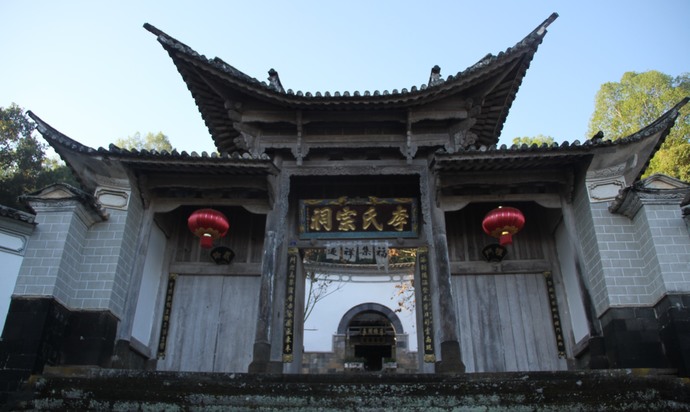 Ancestral hall records the splendor and tradition of the family and is a family temple. As a symbol and symbol of the long history and Confucian culture of the Han people, it has unparalleled influence and historical value. 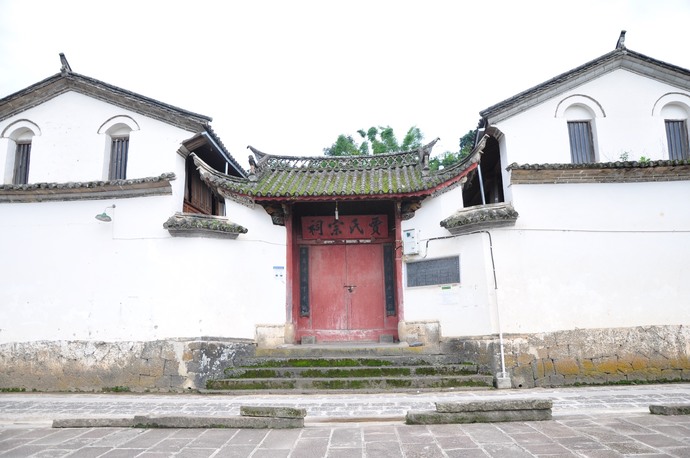 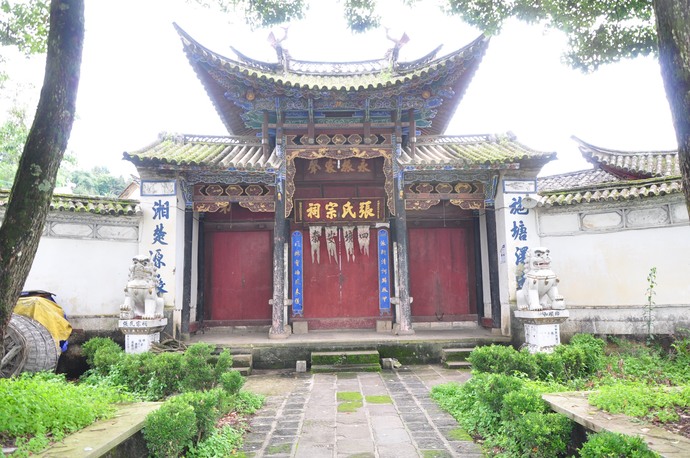 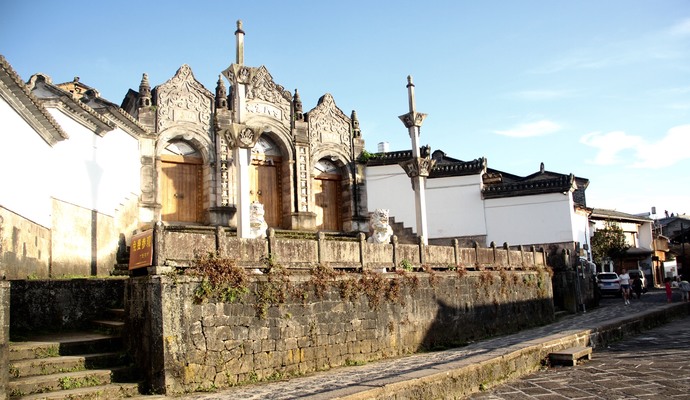 Ancestral hall culture is a unique and beautiful cultural landscape in Heshun ancient town. The earliest architectural era was the Inch Clan Temple. Built in the 12th year of the Jiaqing era in the Qing Dynasty, the Hexun Ancestral Hall was the first one to be built. According to the inscription on the inscription: Qing In the tenth year of Jiaqing (1806), the patriarch of the patriarch, Wu Shengyuan, organized the Qiang people to study and urged donations to raise funds. After investing in Myanmar to manage cotton, he profited and made a profit in the 13th year of Jiaqing (1809). , gates, 14 years (1810) Summer Gables, Walls and Corridor Steps, 24 Years (1820) Building Room, Daoguang 2 Years (1823) before the Renovation Hall, Daoguang 3 Years House, 5 Years Renovation Yuge tablets, 6 years (1827) repair platform, rebuilt the new gate in 1936, before and after it lasted 126 years, after several generations of hard work, the first warning, a total of the main hall, left and right wing, Zhaobi, front hall, garden The two patios, especially the new gate, are marked on the upper and lower platforms and on both sides of the stand. 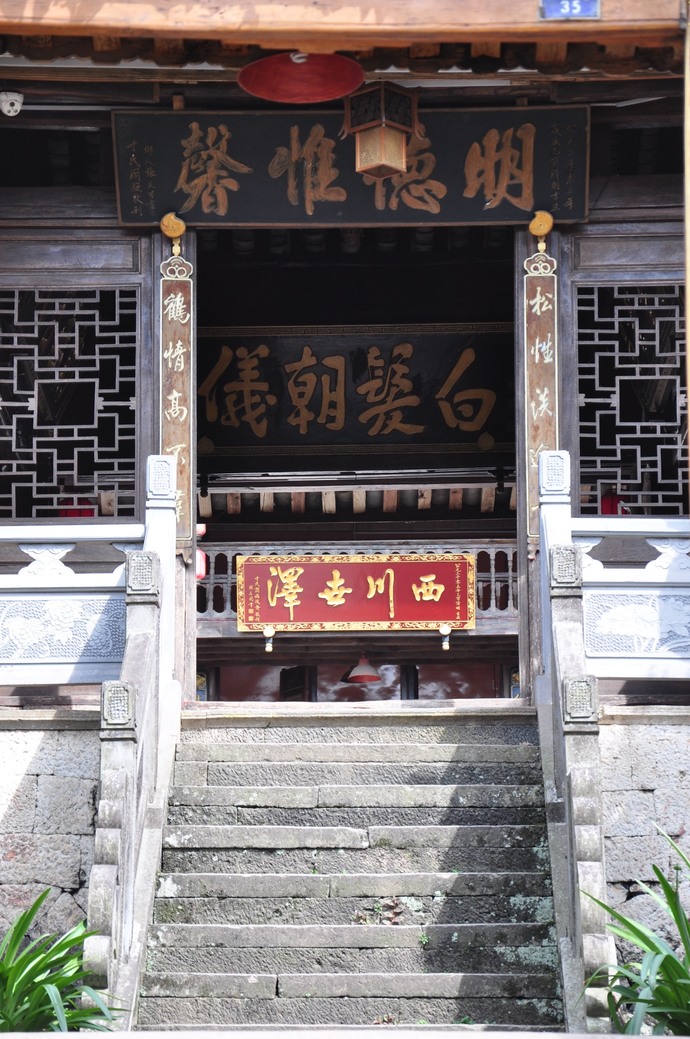 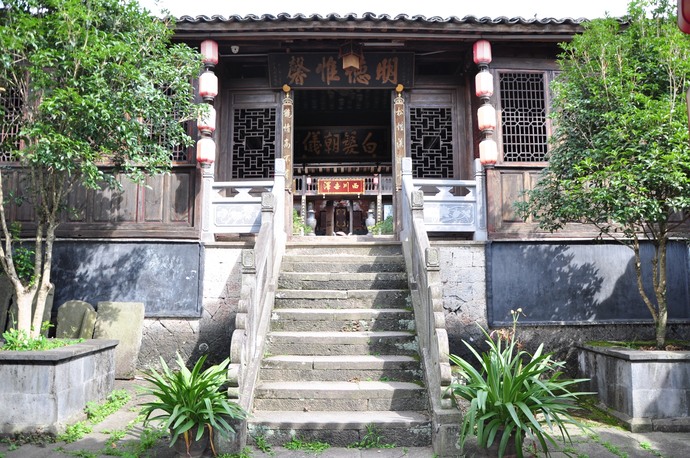 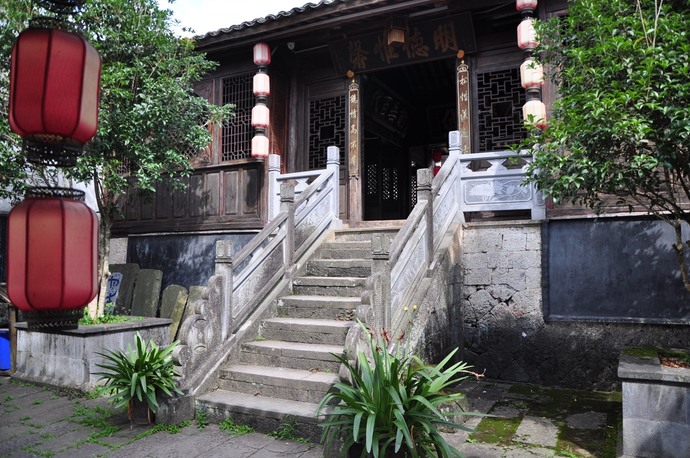 As the front door, the gates of the Inch Chongqin are different. The doors of the Bianjiazong Gate are traditional fly gong brackets and tile-and-wood structures. Only the materials and shapes of the gates of the Cun ancestral halls are different from each other. The typical South Asian style is “Western”. Full of gas. The new gate was presided over by the father's father during the 30s when he was in office. Although his grandfather, a grandfather of overseas Chinese businessmen, is a scholar of scholarship who reads poems and books, he does not stick to conventions and is good at accepting new ideas and new things.

In his patriarchship, he was asked to design drawings for Indian engineers in Myanmar in 1936, and then Burmese invited some Indian craftsmen to Heshun Shijian. (In the same style, the same craftsmen also built the gates of Yinjiaxiang Jiaomen and Zhangjiapo Zhang Decangjia). The materials used for such reinforcements, cement, asphalt, etc. were all shipped back from Myanmar by horses. After many days of meticulous construction and carving, the new gates built were matched with grand plaques, and finally a classic of Chinese and foreign cultures was formed. 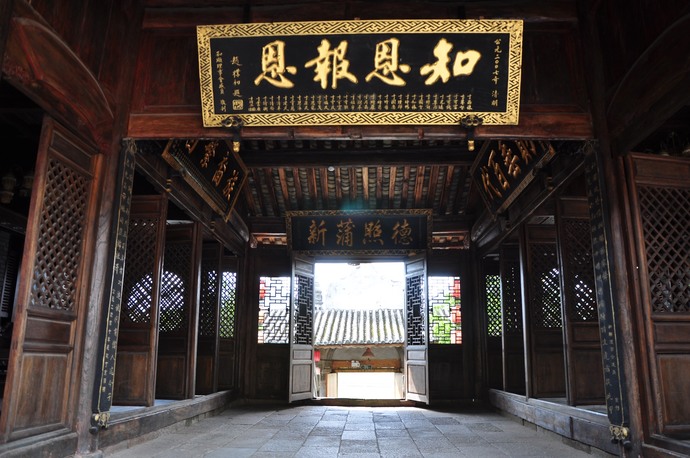 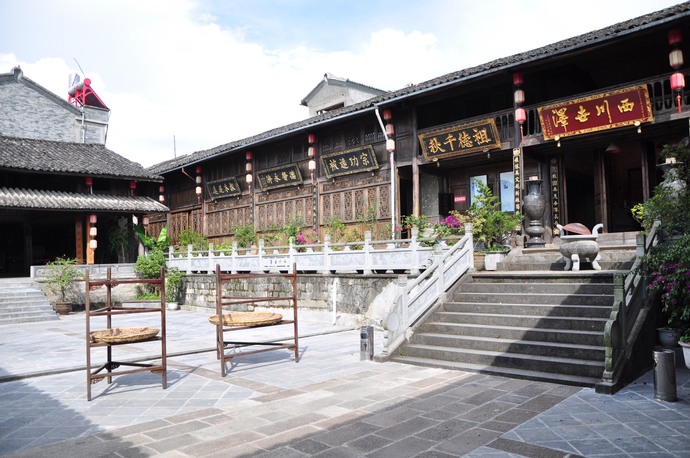 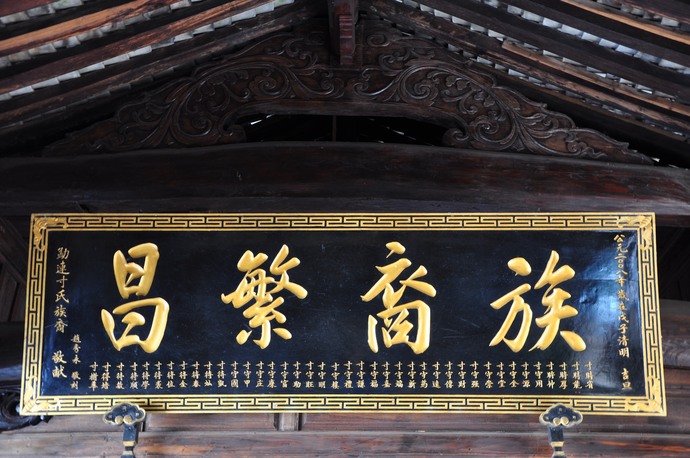 Years of vicissitudes of life, after more than 70 years of cleansing and grinding, it has not faded out of people's field of vision. As time passes, it becomes more precious and becomes a physical illustration of the blend of Chinese culture and South Asian culture. A striking business card with charm and Shunqiao Township.

On the left and right sides of the gate, there is a stone pillar up to more than two feet each, which is the ancient flag pole. Compared to other pillars of the cemetery, they are very different. It is particularly striking that the benchmark of other families is only one square bucket. The Ancestral Hall has two levels of fighting on the pole. 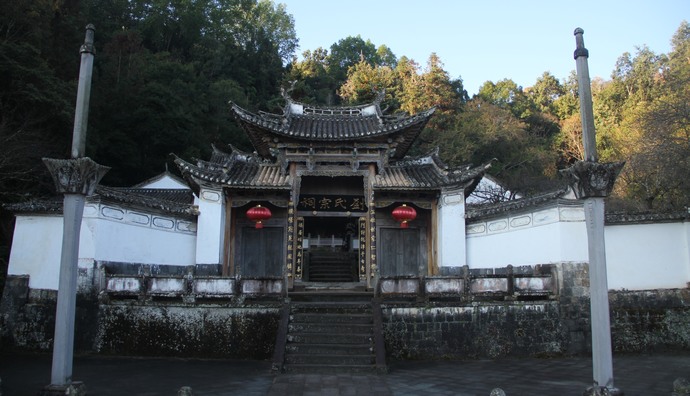 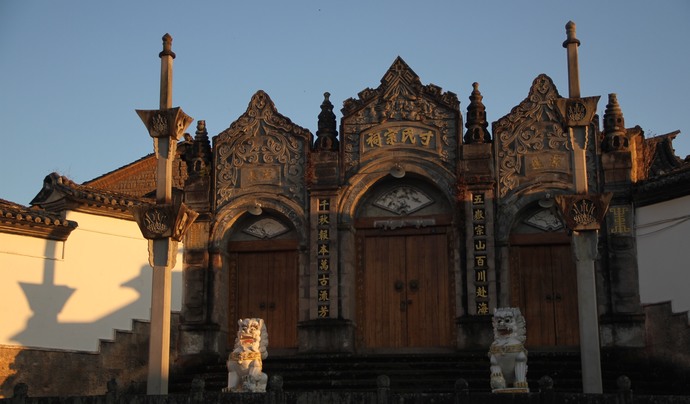 It is very elaborate here: In the period of feudal feudalism, there were strict rules and regulations that could not be oversimplified. Because in the Ming and Qing dynasties, the Inch family not only had successively acquired 223 talented scholars, Wen Wusheng, but also four jurens. In addition, there was a Chin-tai of a jinshi, so the law allowed the suspension of two fights. Other ancestral halls did not have such a privilege. The clan's double-barreled benchmark became the most "cow".

There are two floors above and below the entrance gate, all of which are protected by stone fences and slate pavings, especially the next platform next to the Former Village Boulevard. It is half-round and has an area of ​​several hundred square meters. It is particularly spacious. Jia Zongxi is second to none in terms of its size. 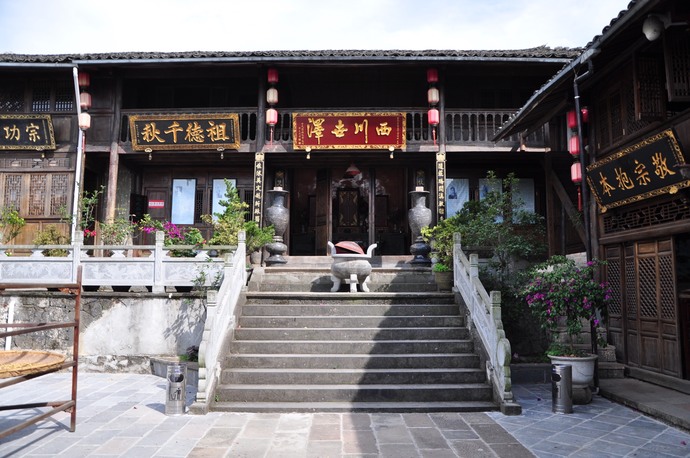 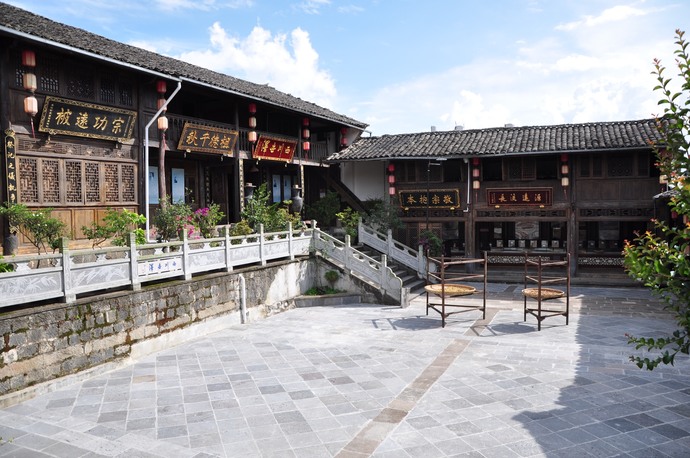 The Census of Inch became a witness to the glorious achievements of material civilization in the history of Heshun, and it has also become an invaluable asset for us to study traditional ancestral culture today. 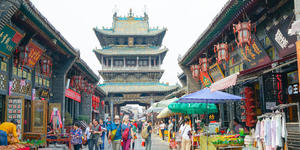 Return to the ancient capital of Pingyao, Shanxi 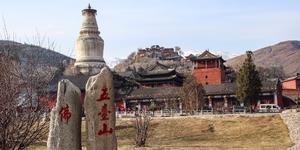 Self-driving tour of Shanxi - dream of returning to China for 5,000 years, trying to find the ancient capital of history 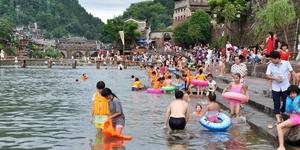 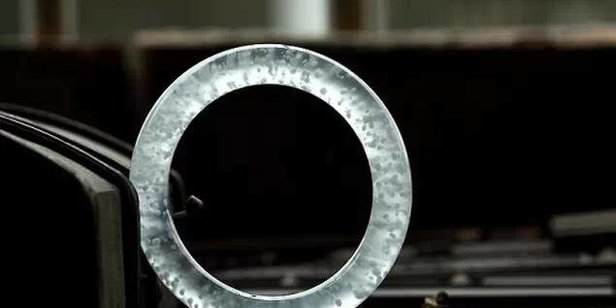 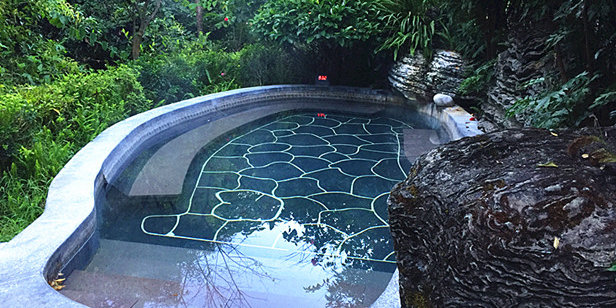 Heshun Bai Lian Hot Spring Resort, a long stay in the city may wish to come to this seclusion for a few days
Load more Ancient Town