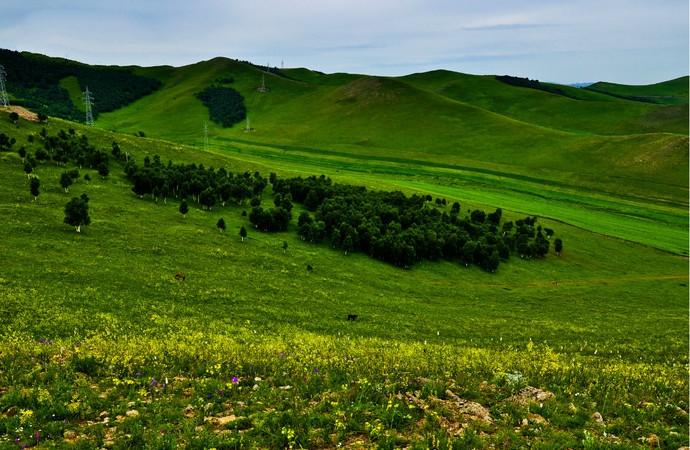 Bashang prairie the most beautiful season is when?

I believe there will be many friends to travel on the grasslands of Bashang. Bashang prairie Zijia You? How long will it take for Beijing to drive to dam? Bashang prairie driving route easy to drive it? This will tell you the closest steppe to Beijing. Generally in May to October are the best time to go to the dam grassland tourism, July to August full of flowers, grassland green carpet. The end of September to October is full of golden eyes. Because this time the weather is relatively sunny, Bashang prairie grass is also relatively long and lush, very beautiful. 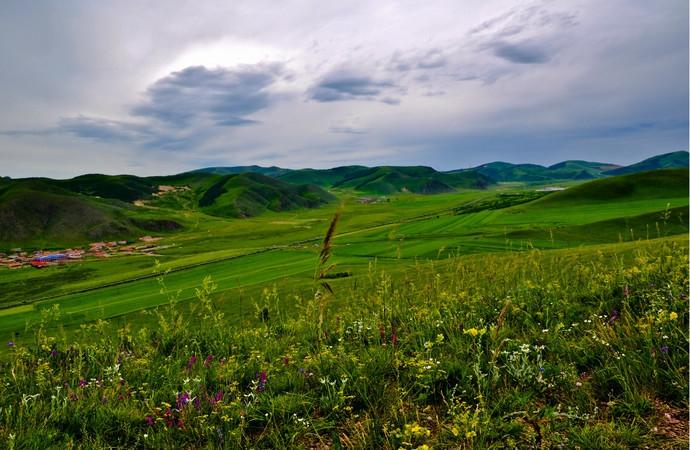 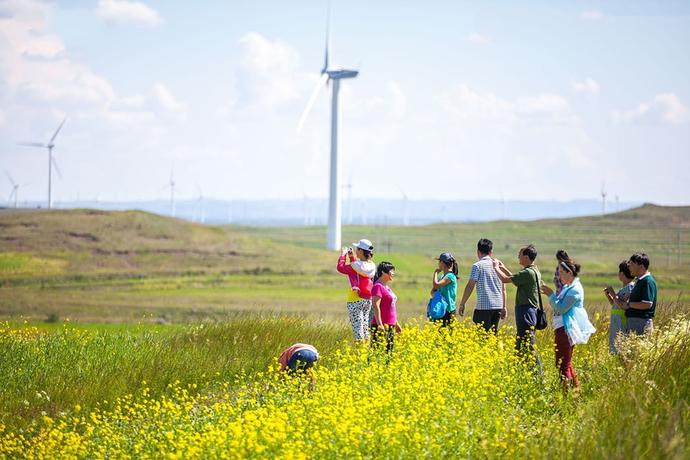 Fengning Bashang (grassland) is the most recent dam from Beijing, but also the most mature development. Hundreds of resorts (as well as four-star hotel) farmhouse over a thousand. For people who have not been to the grasslands, to give a surprise or is it possible. After all, a great temperature difference, summer leisure certainly no problem. And consumption is not high, both students or family travel, including business dinner can meet. Here also shot "my father mother" "warm spring" and other television dramas. 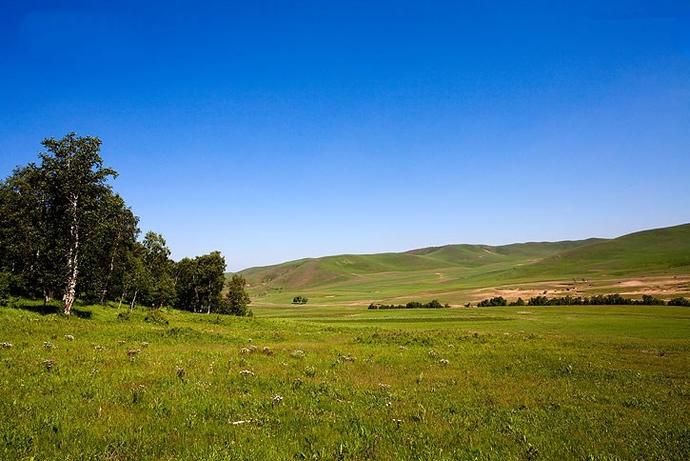 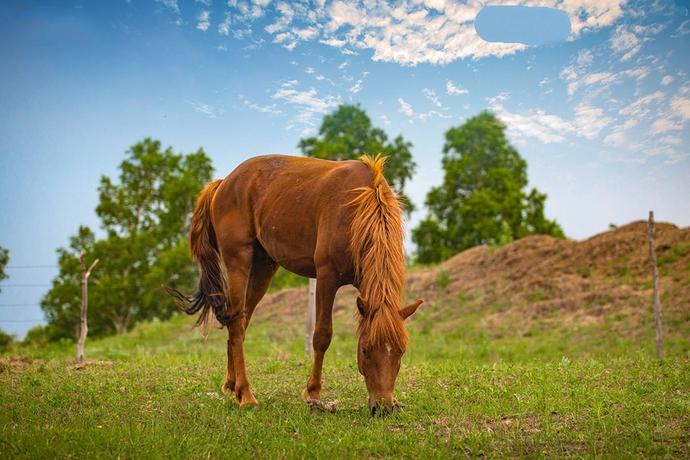 Yard more trees on the dam, water enough! There are known as the largest mechanical forest farm in Asia, it is said that from the Qing dynasty began to plant trees, when the Royal Hunting place, or how to call the Royal hunting Court yet. Photo enthusiasts' paradise, most of the pictures on the online autumn dam come from the paddock dam, referring to the movie themes such as "My Fair Princess" and "Kangxi Dynasty". These are all shot on the pad of the paddock. 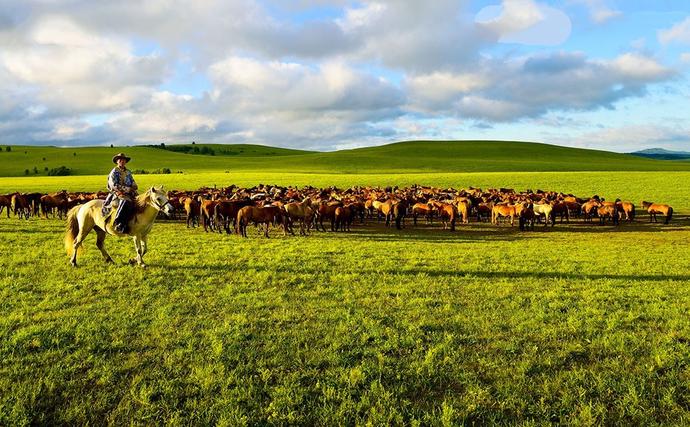 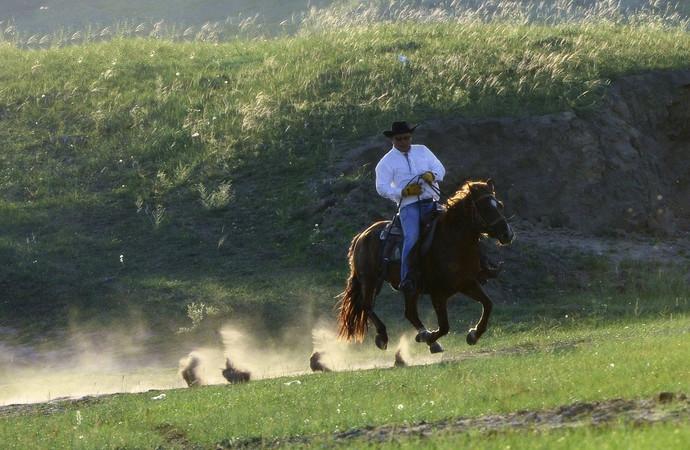 With the opening of Beijing-Zhangjiakou Expressway in recent years, the development of Zhangbei Dam has also accelerated. The investment in light-car ads in Beijing is not a small number (the ad: the prairie in front of Beijing), but also the Zhangbei Dam Cultural Festival.


These three are the boundaries of Hebei Province, which means that no matter from which dam go north eventually go to the Inner Mongolia border, such as the yard and not far from Chifeng, Fengning and Toronto is not far, Guyuan and West Wuqi not far . To see the endless prairie, it is recommended to go past the Inner Mongolia Saurin, Bashang are in the edge of the steppe, if the summer leisure and time is limited, no matter which dam is your best choice.


Came to the grasslands on the dam will go to attractions

Lightning Lake, the largest lake in the upper reaches of Luan River, named after the river before entering the lake for the lightning. The land is Lily lightning River Valley. The beautiful, gentle Lightning River winds its way through the prairies to the north and flows slowly to the north. There are numerous tributaries and lakes formed, such as Shuizuizhan, roosters, and gizzards, forming the grassland river network. Here the climate is cool and humid, July temperature of 18 ℃, the ideal summer. Here was the history of the famous "Golden Lotus" hinterland. For centuries there have been many northern ethnic minorities who have breed. 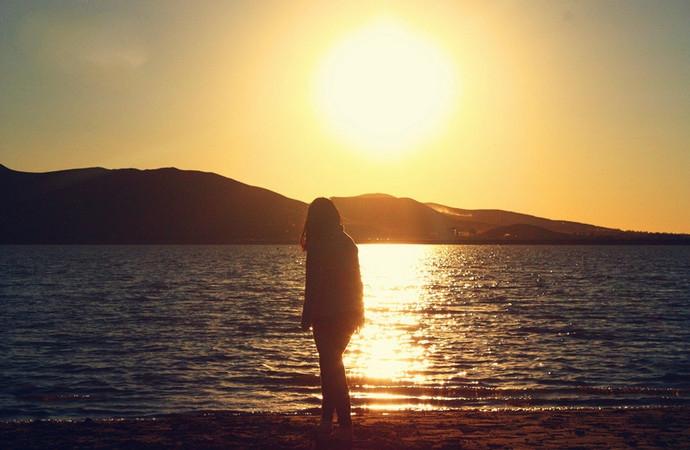 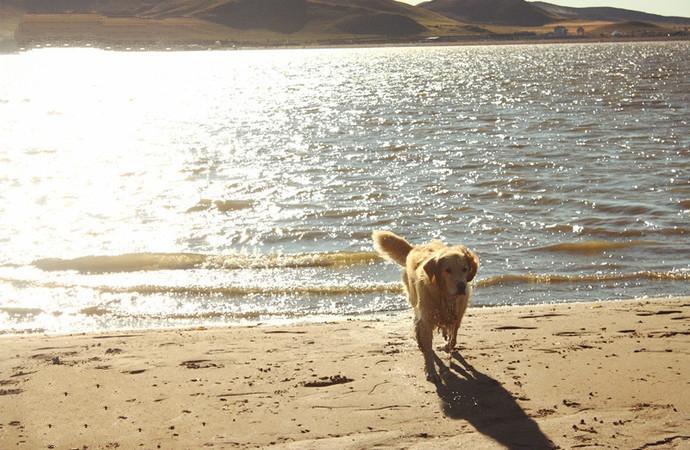 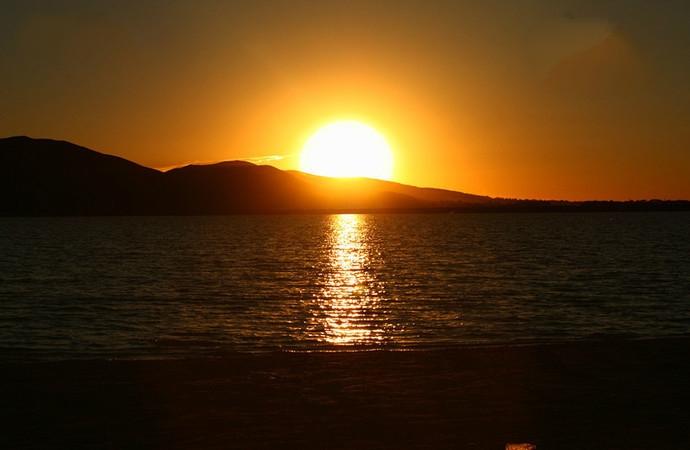 Qiansongba National Forest Park is located in the northwestern Fengning County, Hebei Province, north of the first grassland north of Beijing, is a grassland on the dam to natural secondary forest landscape for the color of the new tourism scenic spots. According to the survey, there are 848 species of plants in 92 branches in the park. Become a treasure on the prairie. Be praised as prairie forest scenery pearl. Every spring, summer, autumn and three seasons, all kinds of grass flowers open, the formation of large flowers across the forest, the scenery is extremely magnificent. In 1997, it started to set up tourist reception facilities such as cabins and restaurants, and soon attracted a large number of urban residents from Beijing and Tianjin to come here for summer vacation, leisure and sightseeing. 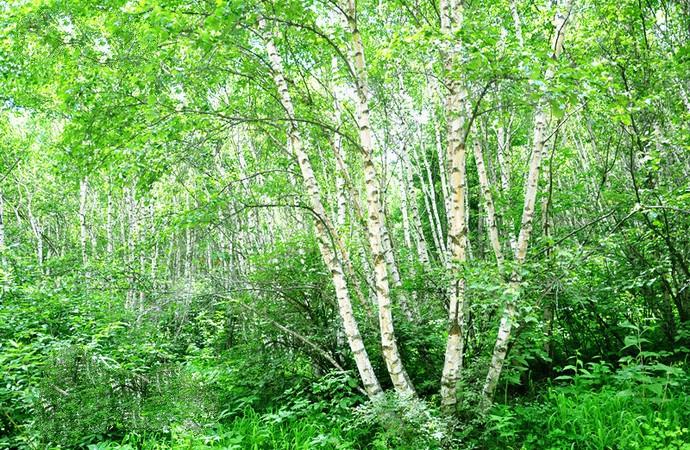 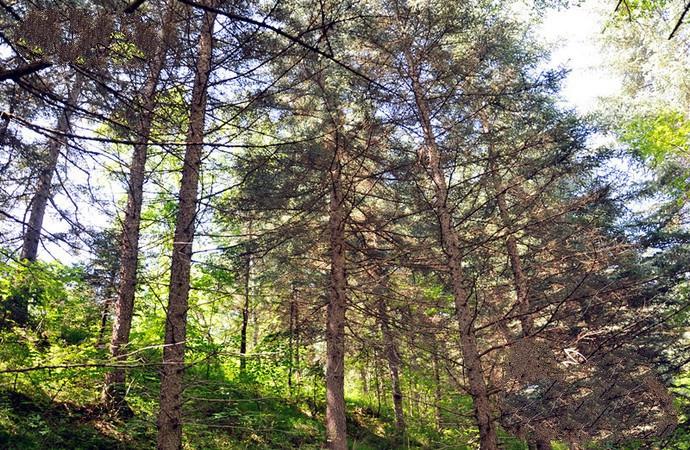 Many birch trees form a landscape of Fengning Bashang grassland. It is also a must for many photographers. White birch has thirty-five large groups, there are single, but also into a film, in various forms, gives the feeling is very different. Fengning dam on the prairie birch forest is very beautiful, except for the green leaves, the whole body white cream, and some also reveals a faint flush, the breeze blowing, leaves shook, very cute, it seems like a beauty, Elegant white girl. Beautiful birch tree, it texture dense straight, hard and flexible, it is resolute yet graceful, tenacious growth in the plateau. 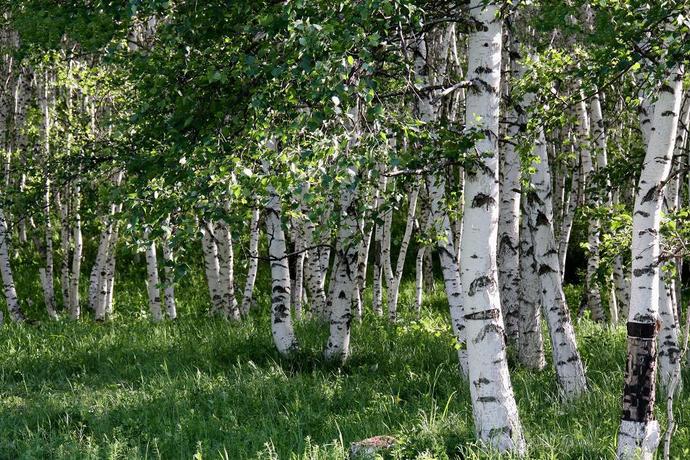 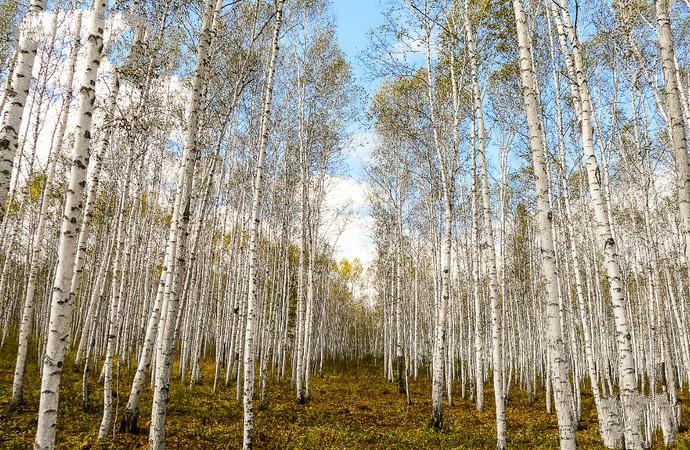 Bezhu Cave is the first sight of Lama Mountain. The cave is a natural cave of 500 meters. There are 18 boulders covering the cave. It resembles a string of Beads, so it is called Bead Cave.
Drill cave must take the headlights or flashlight, or step by step difficult. Many small holes in the cave, beating around, in some places to limbs and use, or crawling.

Came to the Prairie will play the project

Entertainments include:
1) grassland golf: real grass driving range, 10 practice balls per person;
2) Mongolian people: into the yurt, experience the nomadic life;
3) prairie train: get on the train, away from the hubbub, enjoy the grassland deep Beauty;
4) Archery: Prairie children, a shooting skills, 10 feather arrows per person; 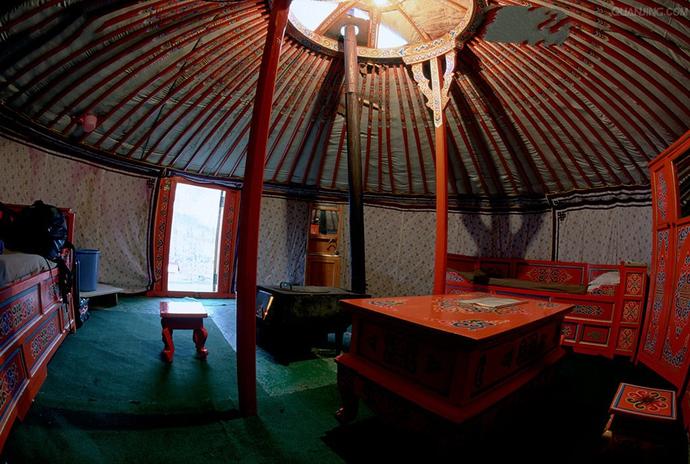 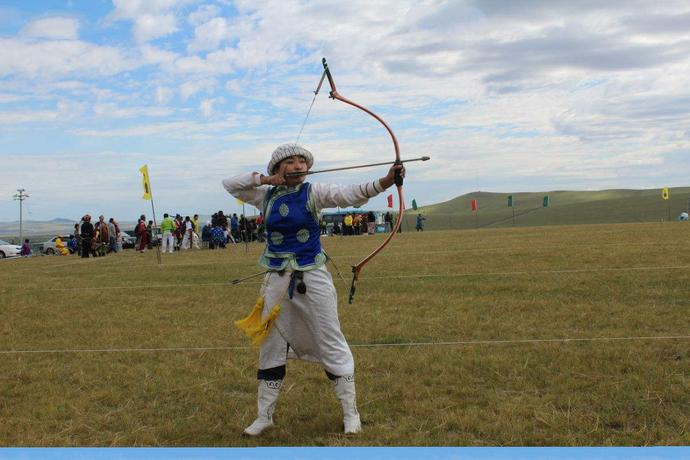 Prairie to play on the dam, riding can be said to be the first choice. In the city, go out or choose public transport, or private car, our body is imprisoned by modern modes of transport. Came to the prairie, came to the vast grassland, let the body relax, Caesar bar, gallop, fully feel the excitement of the surge, shake off the tired, restore the original energetic. 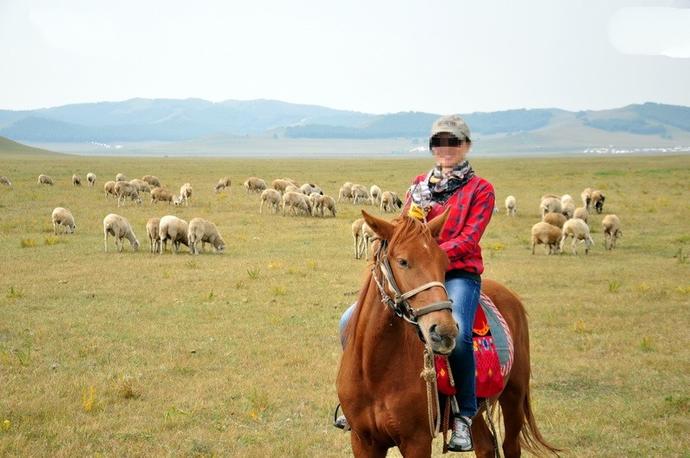 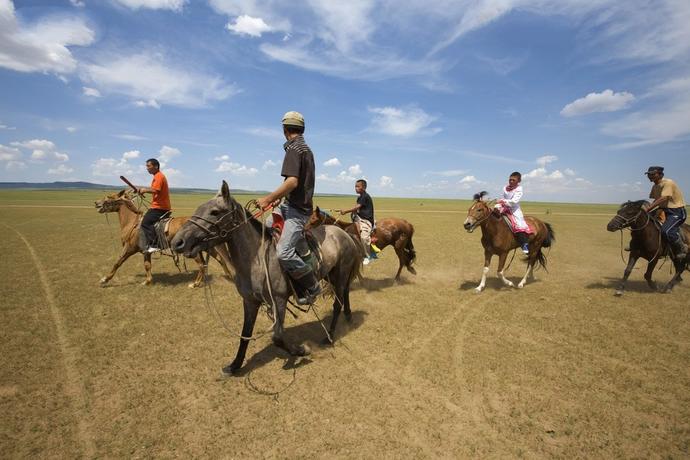 Have you seen this four-stroke four-wheel drive grassland motocross it? Did you ride this motorcycle on a beautiful meadow? Dam entertainment projects, the kind of hurricane overhill feeling and the motor roar to your pleasure, I am afraid there is nothing to match it. 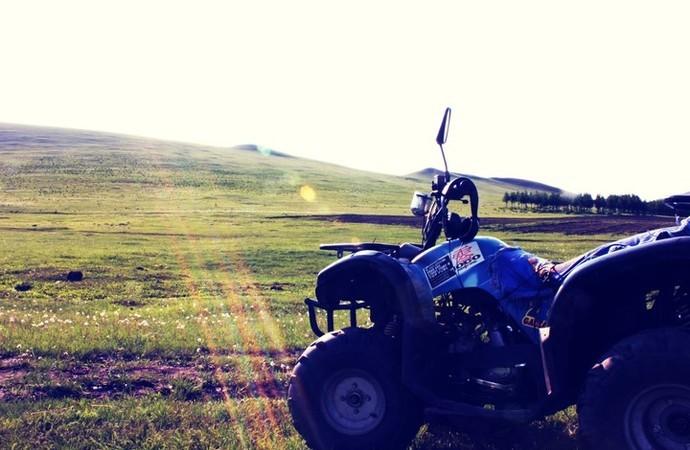 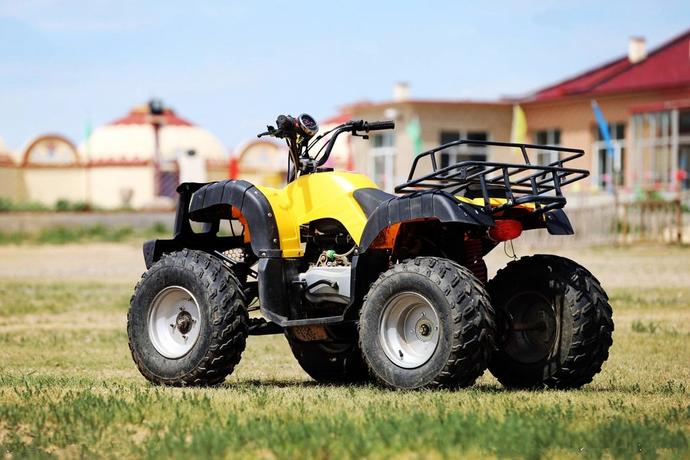 Came to Bashang grasslands will eat the food 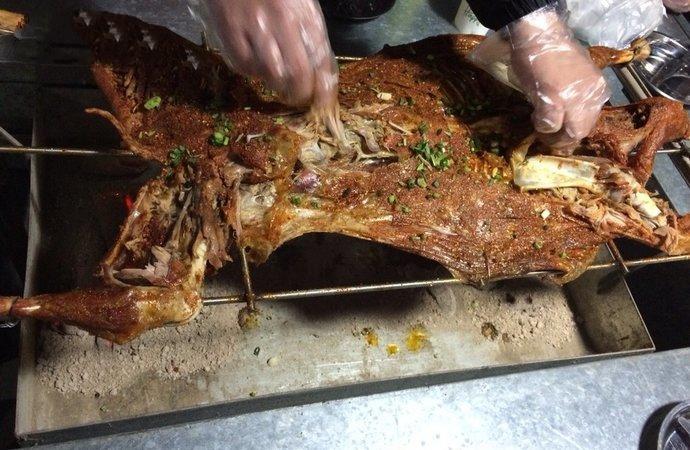 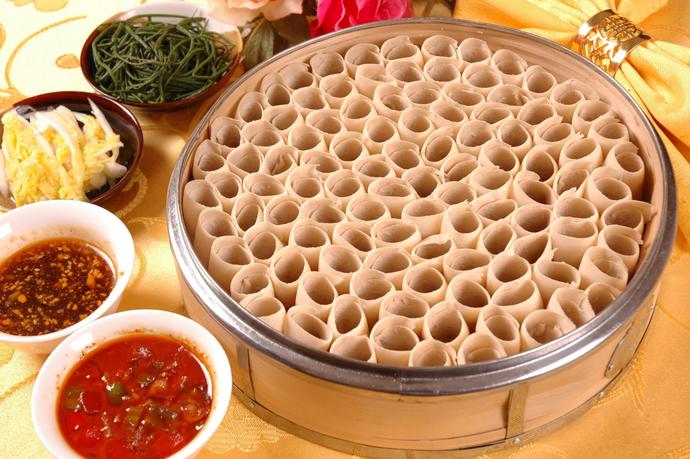 How to go to dam grassland

By car: Subway Line 10 subway station Sanyuanqiao get off, C exit station, Beijing Shun direction, out can be a direct ride! All cars to Fengning pass through here.
Or from Liuliqiao or Sihui long-distance bus station!
After entering the Fengning station directly to Fengtan direction (Dam) any car can be.
Description:
(1) Beijing to Fengning need about 3 hours, fare Beijing to Fengning 60 yuan / person.
(2) Fengning to dam on the need for about 2 hours, Fengning dam to fare 20 yuan / person.
Beijing Metro Wangjing West D exit Jingxi - Fengning 3 hours by
bus about 160 km away, Beijing - Fengning off, the two-way send 17 times a day, the full cash ticket 38 yuan, with Beijing Card Pass , Half price concessions for adults, that is, 21.5 yuan (Credit Card: 17.5 yuan, cash: 3 yuan)
Beijing - Fengning intercity bus departure time:
First bus: 6:40 am; Last train: 16:30; Station at the same time on the hair.
6: 40-8: 40 The interval between classes is 30 minutes, and the interval between classes is 40 minutes between 8:40 and 16:30.
Fengning - dam
you can also take the bus to the dam, take the bus terminal 102 to reach the "Fengning Bus Station" take "Fengning - big beach direction" bus can be about 80km , To "big beach" get off, fare 25 yuan / person. Please inform the driver or conductor in advance after getting in the car to avoid the station.
Fengning - big beach shuttle departure time: The
first bus: 6:00 am; the last bus: 16:30;
morning departure interval of about 30 minutes a day, about 1 hour in the afternoon.

This road is very good to go almost no mountain, to Beijing dam to the dam outside the estate as the ending point, the total length is about 310 km. From the city on the Badaling Expressway, the 456 Central, Juyongguan, Badaling through the exit (58.6 km), continue along the high-speed direction towards the direction of Zhangjiakou Yanqing, Kang Township, the exit into the Beijing-Zhangzhou Expressway (67.1 km, charge 30 yuan Extension of this Beijing Zhang high-speed. Until sincere cherished exports ((105.7 km, you can see a wine bottle plastic sculpture) out of toll booths, to the periphery of Huailai County, where charges 15 yuan, out of the toll station is a T-junction, Turn left and follow the signposts until you are in the right direction. All junctions along the way are straight ahead to the Great Wall.

This road has now been repaired the test passage, starting from Beijing about 4 hours to reach Fengning Bashang grassland, this road less intersection, but the mountain more, 280 kilometers along the way you can enjoy Huairou mountain valley scenery, do not have a Fun. From Sanyuanqiao, take the Beijing-Chengguan Expressway - exit Huairou Exit 14 - turn left for 12 km to Lama Shan Monastery and Bingju Park. Continue straight ahead, climb 246 km (about 10 km), the steepest mountain road, the maximum curvature. Car ran to the summit reached the dam on the grassland toll stations, (County Tourism Bureau to receive tickets 0 yuan / person). 280 km to reach the beach town, northbound (through the beach town) 6 km to reach the Khan Temple scenic. North to reach the house to go west 6 km to reach the manor beyond the estate. 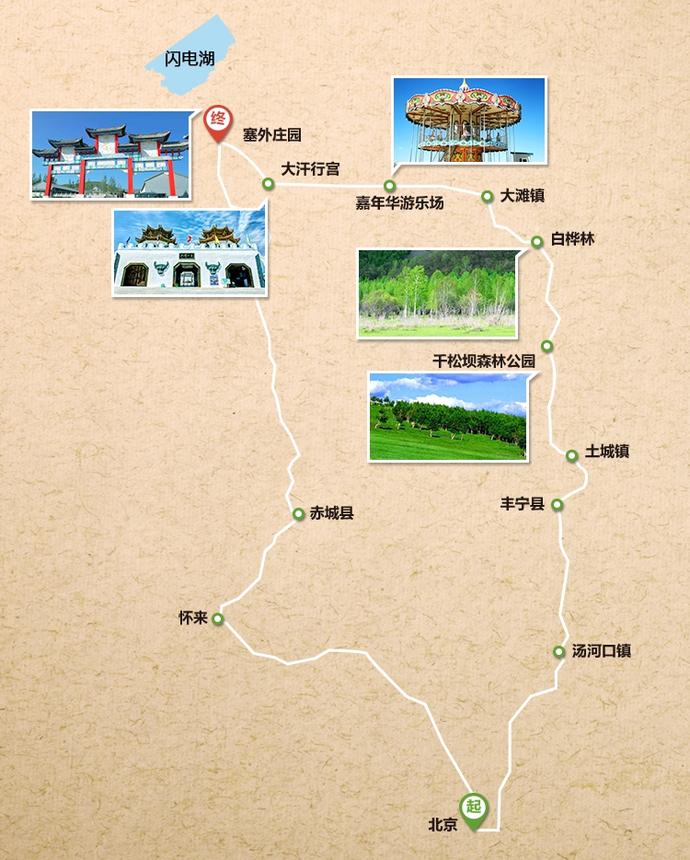 In fact, some plateau climate dam, sooner or later the temperature difference is relatively large, so when you go to dam to choose clothes, do not mind adding some warm clothes. There may not be access, but the elderly are right, full of dry clothing with warm clothes, there is riding clothes.
Bashang prairie Zijia You, riding must wear shoes not too deep flat shoes, so safer. Because if you accidentally kick off, it is easier to get your foot down.
Of course, if the home can rent boots, you can consider renting a pair of boots. Leggings suggest that we have to rent, or really grind legs.
Gloves, the general home will be selling gloves for guests, the price should be less than 3 yuan. If  Beijing has such a glove, you can take it with you. If not, you can prepare yourself, just to not rub it.
Hat: Can take a baseball cap, a brim, can block the sun. If you've been to other places to play before, bought a look like the western hat like the kind of fur hat, you can take with it, after all, according to beautiful ... But for safety reasons, you can consider horse riding helmet or western cap. If you go once or twice a year, you do not have to buy it.

Horseback riding, motorcyclists, off-road jeeps, archery, horseback riding, horseback riding, sailing, horseback riding, Drifting, grass skiing, glider, etc ...
Glasses: The sunshine on the dam is very strong, so glasses are necessary, but the most important role is to prevent sand when riding.
Hijab or kerchief: In order to prevent the sand into the mouth, riding a horse who know riding behind others, it is easy to eat sand. Turban most convenient, flexible, a set can be. Must buy cloth square, before I put my favorite scarf with, the results can be slippery, the basic system could not stop.
Bashang grassland, accommodation conditions are now improved, are independent bathroom, there are double rooms, family rooms, triple rooms, quadruple rooms or have that kind of tent.

More From Grassland In China 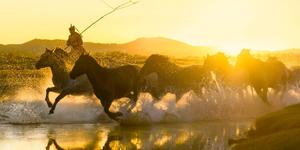 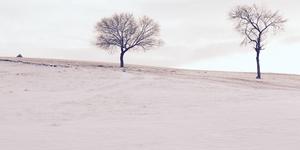 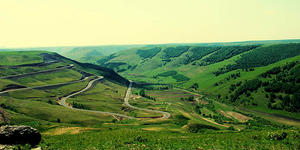 Talk about that thing on the dam, teach you to play on the paddock dam
READ NEXT 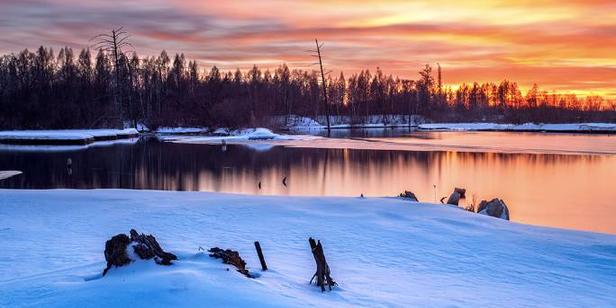 Go to these high cost-effective snow destination in China, unlock the new 2018 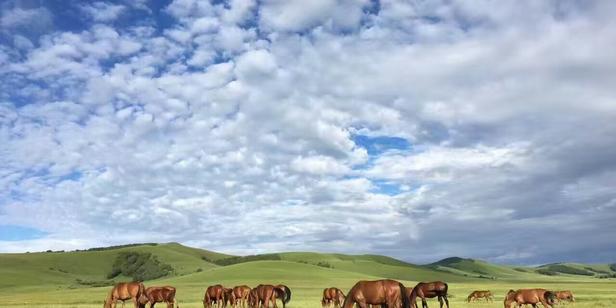